Goodison Park forms the backdrop for a bottom-half Premier League six-pointer between Everton and Leicester City.

Despite becoming the first Premier League side to keep Fulham at bay at Craven Cottage last time out (0-0), Everton’s hopes of avoiding another season-long battle against relegation are still up in the air. After losing three Premier League matches in a row, the ‘Toffees’ have gone unbeaten in the last two (W1, D1) but are still only three points clear of the drop zone. Another sub-par showing could suck them back into the unwanted territory, yet a five-game unbeaten top-flight H2H run against Leicester (W3, D2) looks promising. On top of that, Frank Lampard’s men have registered four shutouts in their previous eight Premier League outings, including the last two on the spin. That’s encouraging because they’ve managed just one clean sheet in their last 16 Premier League home games against Leicester.

On the other hand, Leicester’s mini three-game revival in the Premier League (W2, D1) ended last weekend as reigning champions Manchester City sunk them 1-0 at the King Power Stadium. However, under-fire boss Brendan Rodgers can draw confidence from his side’s eye-catching 4-0 thumping of Wolverhampton on their most recent league road trip. In addition to keeping their first Premier League away clean sheet since March, the ‘Foxes’ halted an abysmal five-game losing away start to 2022/23. However, if Rodgers is to throw his stuttering managerial reign in the East Midlands a lifeline, Leicester would be better off improving at the back after conceding a league third-high 25 goals this term. That could prove crucial to their bid to win back-to-back away league games for the first time since December 2020. 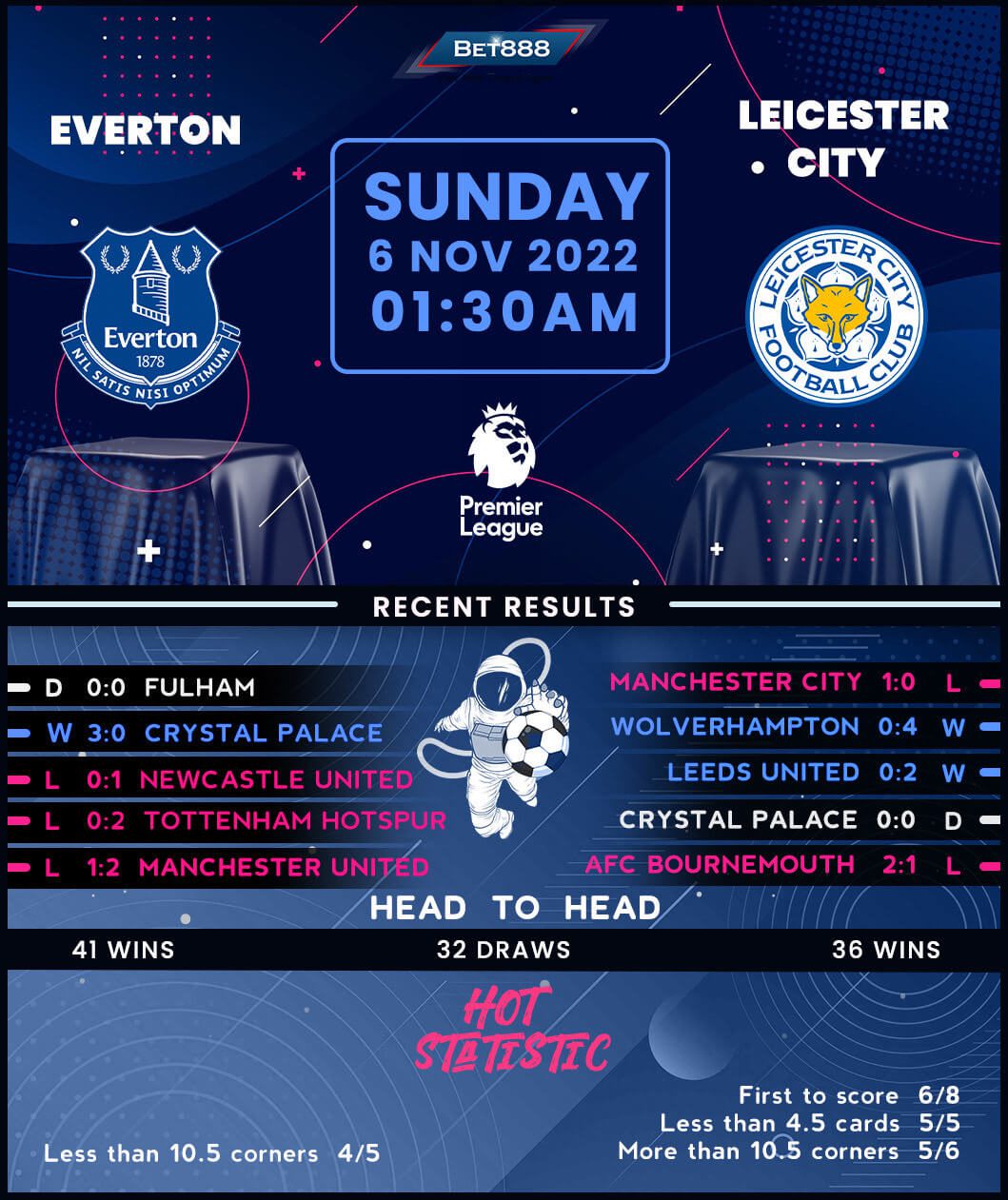