Goodison Park is the venue as Everton and Crystal Palace go head-to-head in a bottom-half Premier League six-pointer.

Heading into this encounter, Everton have lost three consecutive Premier League matches, sliding to just one point clear of safety as the pressure continues to mount on Frank Lampard. But Palace’s most recent top-flight visit to Goodison sparks fond memories in the ‘Toffees’ faithful as the Merseysiders came from a 2-0 down to claim a memorable 3-2 victory in this corresponding fixture last season. That triumph forms part of Everton’s ongoing seven-game unbeaten H2H home run against Palace in the Premier League (W4, D3). Despite only losing three of their last 11 home league outings (W5, D3), Manchester United’s 2-1 win in the most recent top-flight game hosted by Goodison means Everton could lose consecutive home league matches for the first time since March. With no team scoring fewer Premier League home goals than Lampard’s men (3), that’s not impossible.

On the other hand, Crystal Palace came from a narrow halftime deficit to beat Wolverhampton 2-1 at home in midweek Premier League action and take their unbeaten league streak to three (W2, D1). Despite suffering only one defeat in their last six league fixtures (W2, D3), the ‘Eagles’ are still just four points clear of the relegation zone, meaning there’s no room for complacency. Interestingly, Palace’s impressive mental fortitude has seen them rack up nine points from losing positions this season, with each of their three Premier League victories coming from behind. Worryingly for Patrick Vieira, his men are winless in their last six away league games (D4, L2), including a pair of scoreless draws in the run-up to this travel. 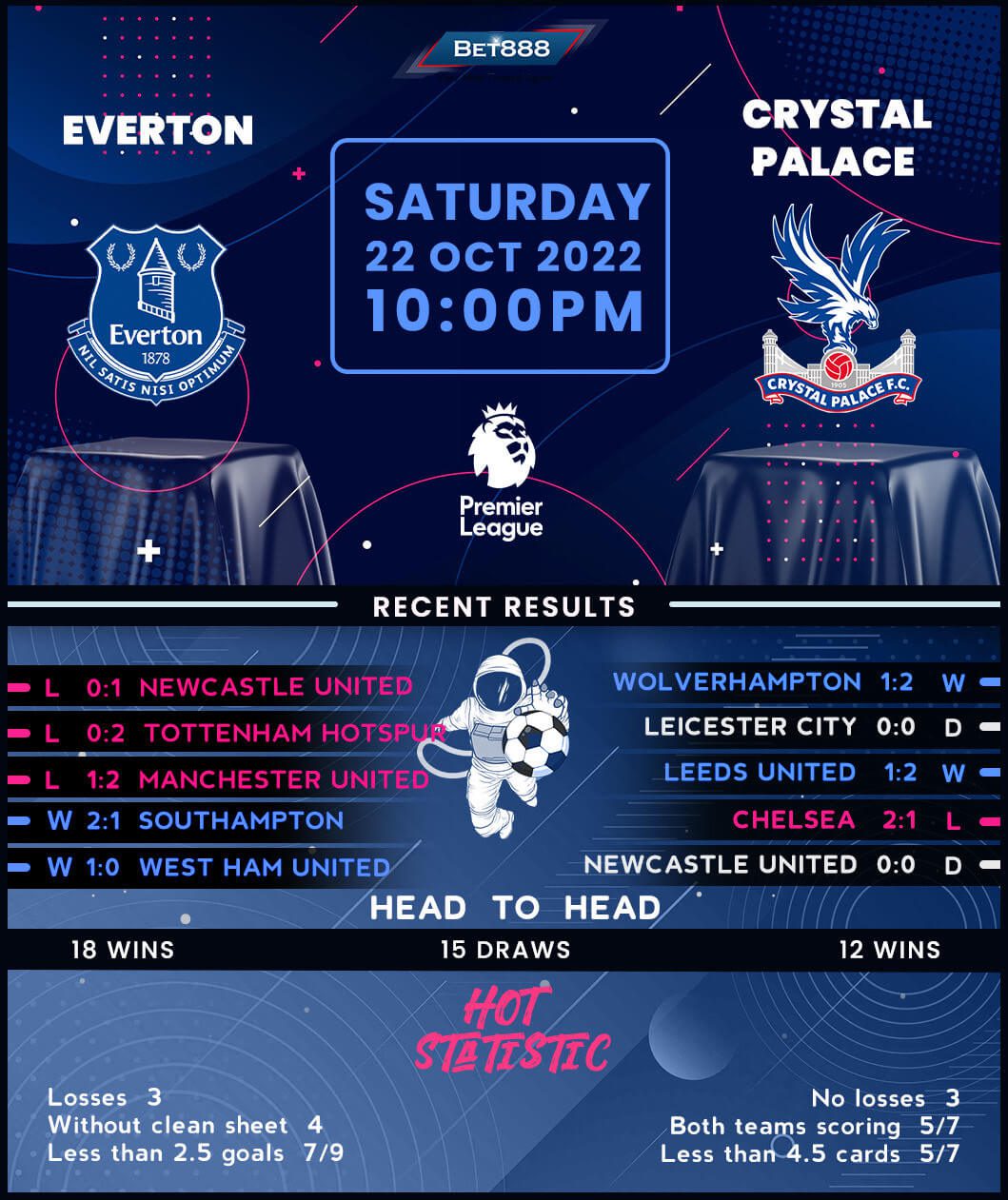