After splashing out around €100 million in the summer transfer market, the Toffies hoped to challenge for the top four places, but their performance this season has been far from pleasing. With a record of three wins, three draws, and two losses, the Merseysiders currently occupy the 11th place with an 8-point deficit to Manchester City, Chelsea, and Liverpool. Although the Liverpool-based outfit secure two home victories, the last one against Fulham before the international break, they disappointed against West Ham United, having suffered a 3-1 defeat after being held to a 1-1 draw to Huddersfield Town. All four of Everton’s home games ended with two or more goals, with Marco Silva’s side keeping a clean sheet only once in the process.

On the other hand, with just 7 points after the opening eight fixtures, the Eagles are tied for 14th place, with a shameful -4 goal difference. Considering they’ve only notched five goals so far, the Glaziers are the second-worst attacking team in the league after the bottom-placed Cardiff City. Although they are yet to secure all three points at home, the London side clinched two victories in four road games, having defeated Huddersfield and Fulham, while losing to Bournemouth and Watford in the process. In the previous six matches at Goodison, Crystal Palace have failed to keep a clean sheet, with their last road victory over Everton dates back to 2014.

James McCarthy and Yerry Mina are still sidelined by injuries, while Andre Gomes might be ready to make his Premier League debut following the summer arrival from Barcelona. As for the visitors, Christian Benteke, Scott Dann, and Bakary Sako are ruled out, with Wilfried Zaha heading towards recovery after suffering a slight groin injury. 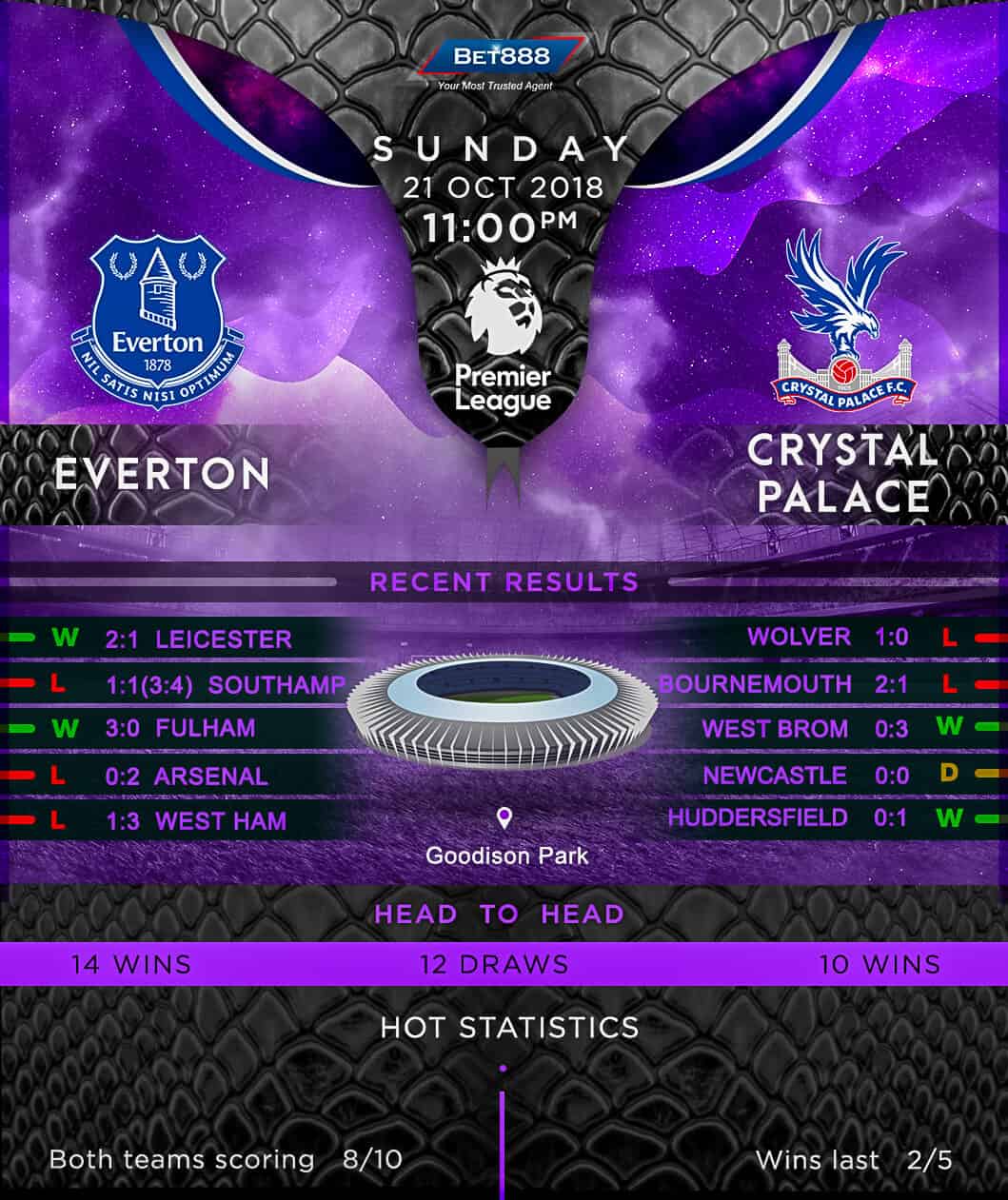