Despite avoiding relegation to the Championship last season by the skin of their teeth, Everton look to have not learnt their lesson. In addition to losing star forward Richarlison to Tottenham Hotspur, the ‘Toffees’ have failed to land a suitable replacement. With Dominic Calvert-Lewin set to face a lengthy spell on the sidelines, Everton’s bid to maintain a five-match unbeaten home streak against Chelsea in league football (W4, D1) could prove daunting. Yet, Frank Lampard’s guys have kept their visitors at bay in four of their last five top-flight H2Hs at Goodison, conceding just a single goal in that sequence. Moreover, Everton’s propensity for flying league starts has seen them go unbeaten in their opening Premier League match in the last ten seasons (W4 D6).

In the meantime, Chelsea’s effort to better last season’s fourth-place Premier League finish has taken several blows over the summer. After parting with long-serving defensive pairing Antonio Rudiger and Andreas Christensen, manager Thomas Tuchel brought in Kalidou Koulibaly and Raheem Sterling. However, the ‘Blues’ experienced a thoroughly disappointing pre-season United States Tour, picking up just one win from three outings (D1, L1). On the bright side, the Londoners have suffered just one defeat in their 28 Premier League away games under Tuchel (W18, D6), all of which yielded a single-goal margin. Still, Chelsea’s mixed three-game form outside Stamford Bridge at the tail-end of last season (W1, D1, L1) suggests this may not be another day in the office for Tuchel’s new-look squad. 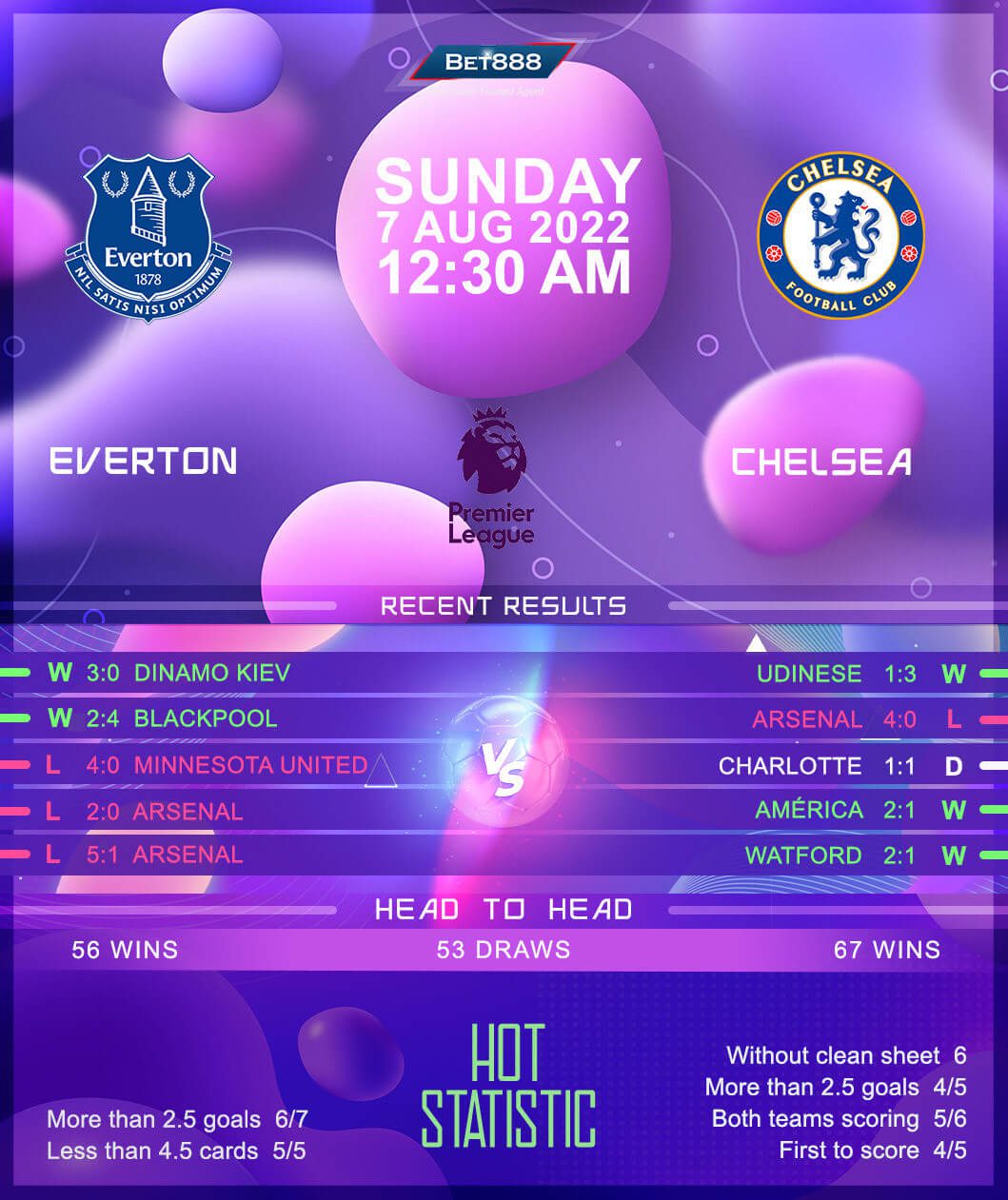