Out-of-sorts Everton will be desperate to return to winning ways in the Premier League when they take on Arsenal at Goodison Park.

A humiliating 4-1 loss to Liverpool in midweek’s Merseyside derby ramped up more pressure on manager Rafael Benitez as Everton head into proceedings only five points clear of the drop zone. Indeed, the ‘Toffees’ are now winless in their last eight Premier League matches on the trot (D2, L6), netting a measly average of 0.62 goals per game in that sequence. After winning their opening three top-flight home fixtures this season, Benitez’s men are now enduring a four-game winless Premier League streak at Goodison (D1, L3), conceding ten goals while scoring just two in return during that run. However, Everton won both last season’s Premier League meetings with Arsenal by a single-goal margin and will be looking to rack up three consecutive top-flight wins over this opposition for the first time since 1986.

Meanwhile, Arsenal turned a 1-0 lead into a 3-2 defeat at Manchester United last time out, wasting a precious opportunity to break into the top four. Sat four points adrift of fourth-placed West Ham, the ‘Gunners’ have to improve their uneventful away form that has seen them lose back-to-back Premier League matches on the road. The two goals scored at Old Trafford are an encouraging sign, considering Arsenal had netted just three in their previous six top-flight travels combined. There’s a good chance that they could improve their paltry scoring return on the road, as they’ve bagged 111 Premier League goals against Everton, more than against any other side in the competition’s history. Worryingly, though, the Londoners have won none of their last three Premier League visits to Goodison (D1, L2), their longest winless streak at this venue since 1994. 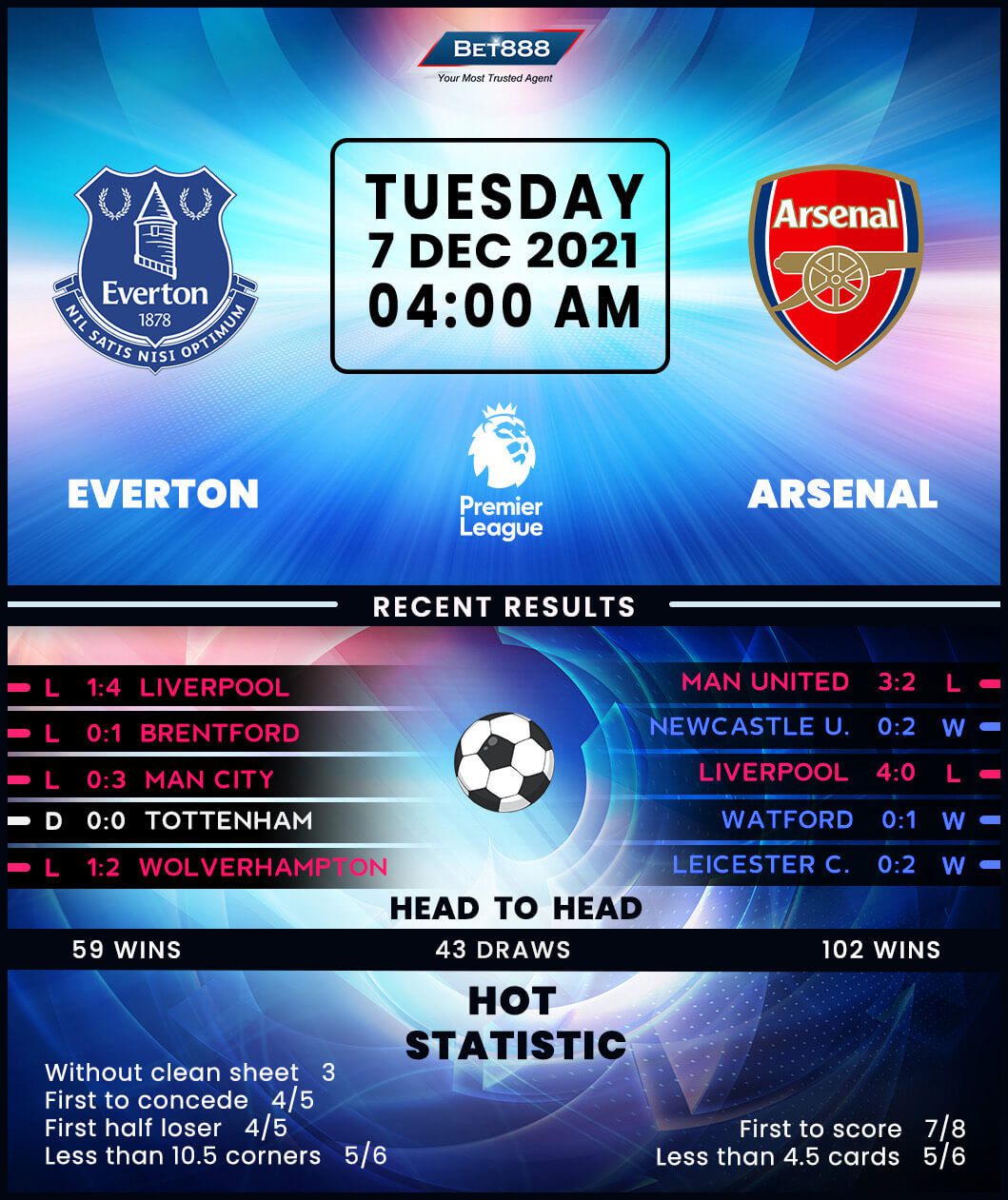