The two sides that won one point apiece in the first season’s fixture will face off against each other at the RCDE Stadium in Barcelona, with Espanyol looking to take on Valencia. The Budgerigars have opened the new season with a 1-1 draw with Celta Vigo on the road although they were in front after the first 45 minutes. However, during the preparation period, the Catalan team demonstrated notable improvement in comparison to the last year, as they have clinched all six victories in the warm-up matches, including an impressive 3-1 win over Borussia Monchengladbach right before the opening match day. On the other hand, the Bats have been engaged in a ruthless encounter with Atletico Madrid that eventually ended up in a 1-1 draw although Marcelino García Toral’s side had a few clear-cut goal scoring opportunities to make a complete comeback. Before La Liga kick-off, the Oranges have achieved two highly encouraging wins over Everton and Bayer Leverkusen during the off-season, proving that they have enough quality to fight for the first four spots in the league. The home players are hopeful they can end a disastrous five-game losing streak to Valencia, but to do that they will have to find the way to stop Rodrigo Moreno from scoring, which could be a quite challenging task.

According to the latest reports, both managers will have all of their first team members fully prepared for the duel. 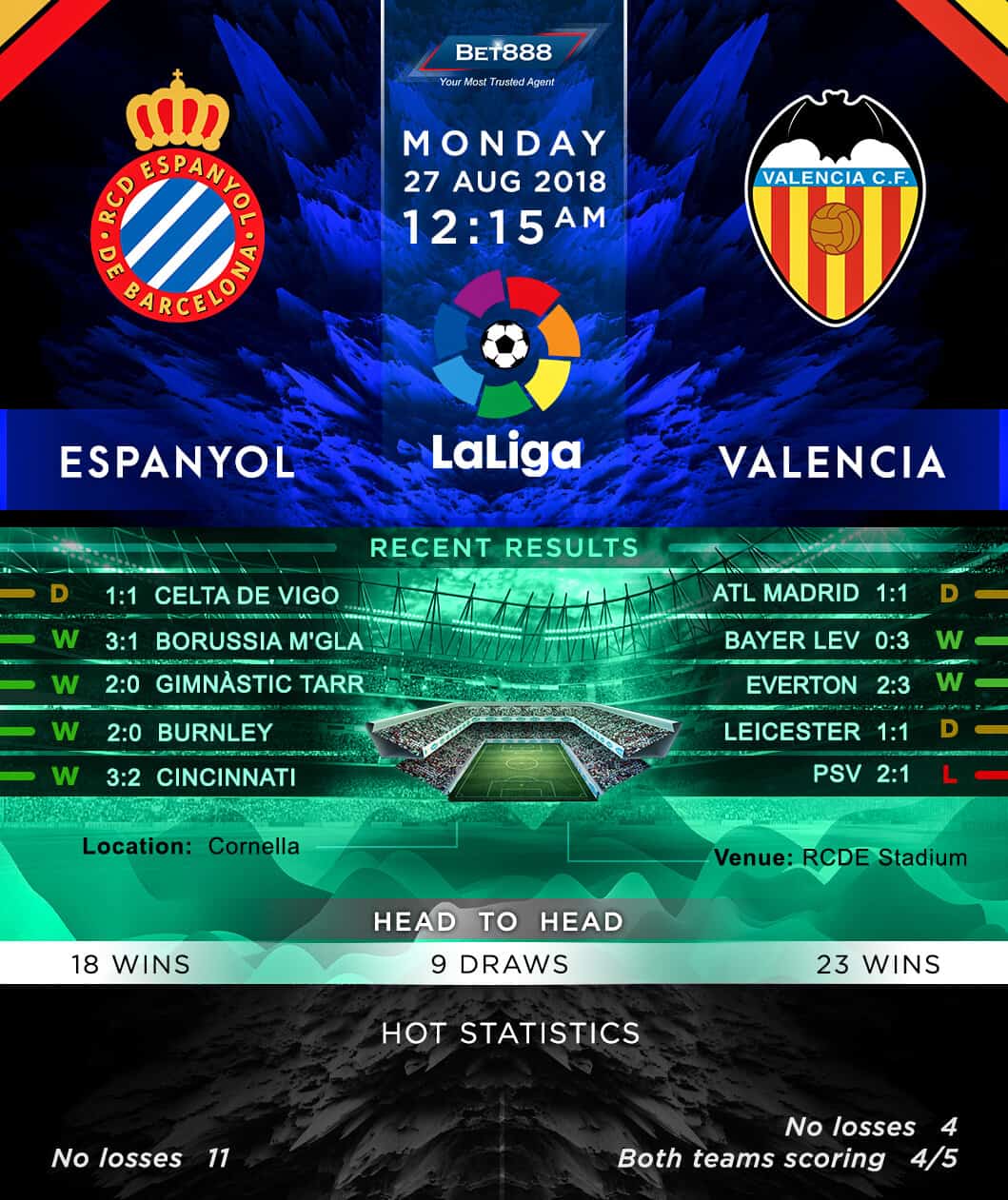