The return leg of the round of 16 of the Copa del Rey that shall take place at the RCDE Stadium will see Espanyol trying to bounce back from a 2-1 loss to Cadiz in the first leg.

After a 2-1 defeat to Cadiz, the Periquitos have lost three out of four La Liga clashes, including the one to Getafe at home last weekend. Not only they have lost three matches in a row, but the Blanquiazules have conceded eight goals during that period while failed to hit the back of the net once. However, before a 3-1 loss to Girona, Rubi’s men have secured five consecutive wins at home, keeping a clean sheet four times in the process. Espanyol’s principal problem relates to their uninspiring displays in the final third. Although they have hit the net nine times in their last ten competitive games, they have failed to score more than one goal seven times during the run.

The visitors are going through a marvelous spell, having wrapped up seven consecutive victories across all competitions. Moreover, they are unbeaten in their previous nine competitive encounters, with their last defeat dating back to early October. Lethal in the final third and disciplined in front of their goal, Los Corsarios have scored a minimum of two goals six times in their past seven matches, conceding just five goals in the run. Although they have only two clean sheets in the last nine games, Alvaro Cervera’s players have not allowed more than one goal per match in that period. 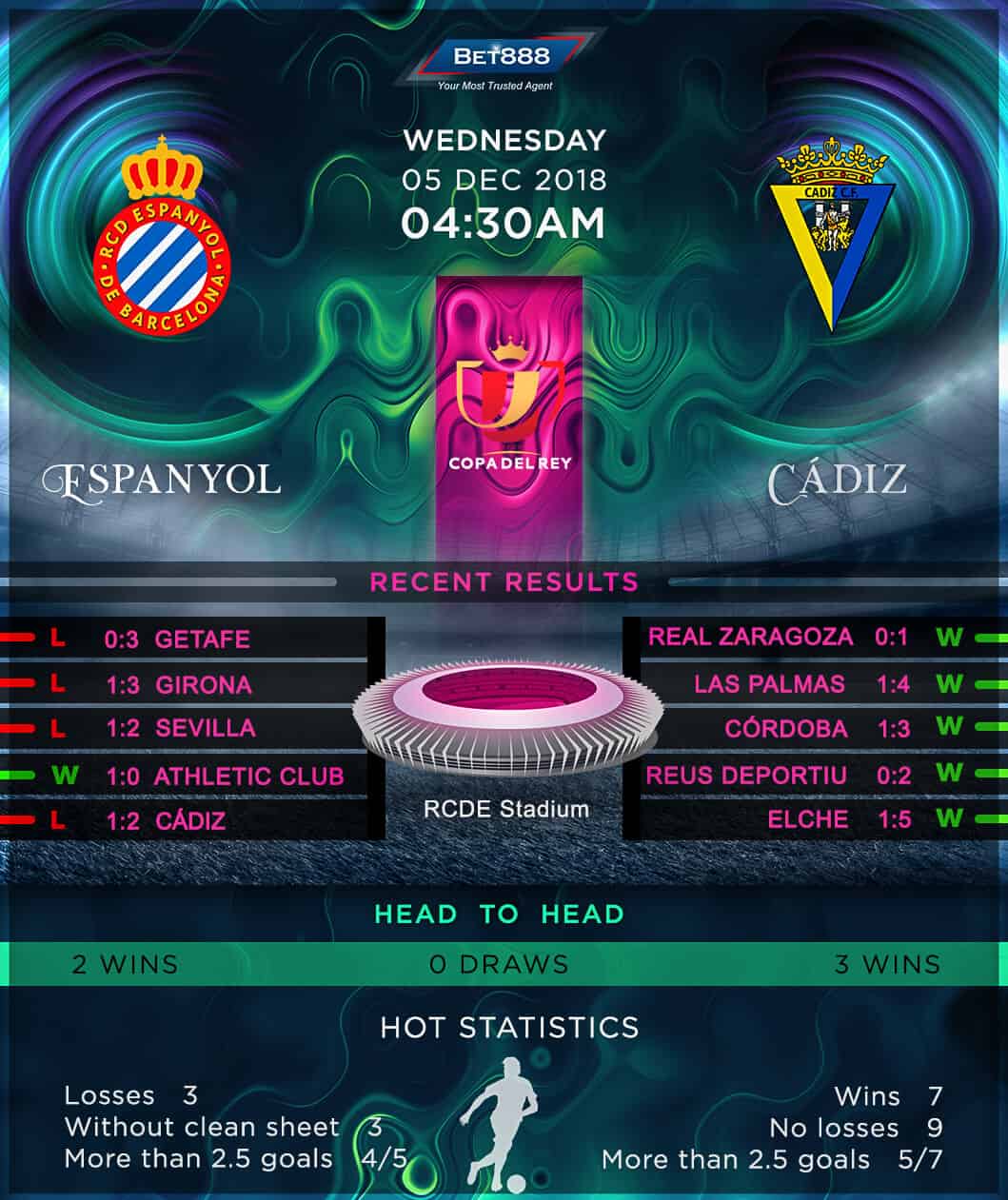