Erzgebirge Aue and Mainz 05 are set to trade tackles at the Sparkassen-Erzgebirgsstadion in the first round of the 2022/23 DFB Pokal campaign.

Erzgebirge Aue’s dreadful 2021/22 Bundesliga 2. campaign saw them suffer relegation to Germany’s third tier after winning a league second-low six matches. Things have not improved much over the summer, as witnessed by Aue’s disheartening 1-1 draw at Freiburg II in their opening 3. Liga fixture last weekend. Bringing their home performances from the tail-end of the 2021/22 season into the equation, the ‘Veilchen’ are winless in four competitive outings at the Sparkassen-Erzgebirgsstadion, conceding precisely three goals in three. On top of that, they have lost both previous DFB Pokal meetings with Mainz by a two-goal margin, including a 3-1 defeat at this venue in their most recent such match-up, back in 2018.

In the meantime, despite forming part of the European chasing pack for most of the 2021/22 Bundesliga season, Mainz eventually had to settle for a mid-table finish. On the bright side, Bo Svensson’s men improved down the final stretch of last season, clocking up a three-game unbeaten league streak (W2, D1) to round off a decent top-flight campaign. Yet, Mainz struggled with inconsistency during their pre-season preparations (W2, D1, L1), with all three games won/lost in that sequence seeing the winner keep a clean sheet. That’s worrying, considering ‘Die Nullfünfer’ have lost nine of their last 12 competitive away fixtures (W1, D2), netting under 1.5 goals in eight. 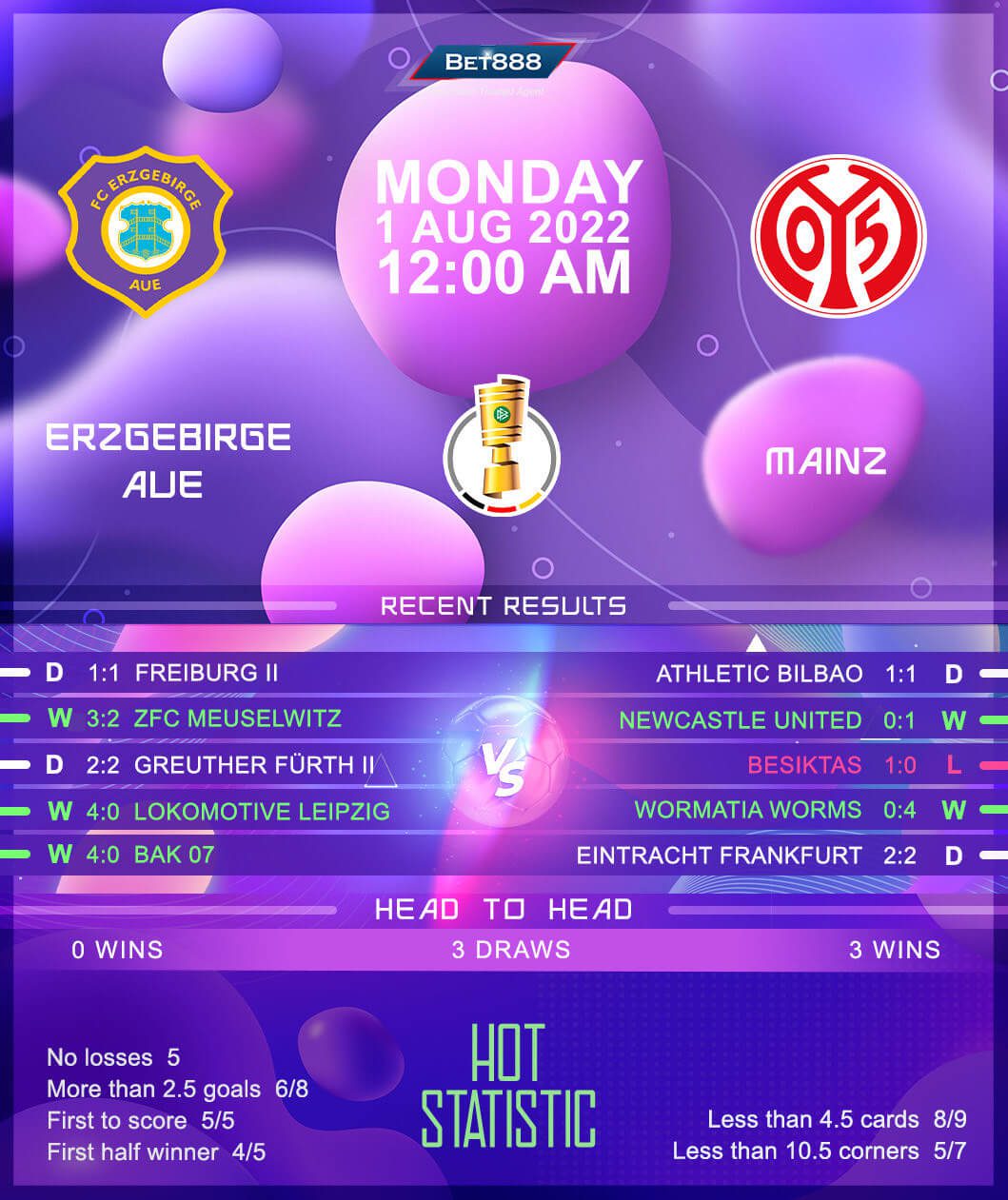