A friendly match between England and Switzerland that is scheduled to take place at the King Power Stadium in Leicester during the midweek will see the visitors trying to end a 7-game winless streak against the 1966 FIFA World Cup winners.

The Three Lions have featured in an exhausting encounter with Spain that lasted more than 100 minutes, eventually losing the gladiatorial combat by two goals to one after Danny Welbeck’s 98th-minute goal got disallowed by the referee. Nonetheless,Gareth Southgate can be happy with his player’s performance against the Red Fury, which only confirmed they didn’t play the third-place match at the World Cup by accident.

On the other hand, the Nati, who failed to shine in Russia, barely going past the group stage and suffering the round of 16 elimination by Sweden, notably raised their game after the World Cup, securing an outstanding 6-0 victory over Iceland in the UEFA Nations League opener. Vladimir Petkovic can only hope his side can repeat the same display from St. Gallen and secure a positive outcome before the players return to their respective clubs.

Luke Shaw will probably skip the match after suffering a nasty looking injury against Spain, while Switzerland expected to arrive at full strength. 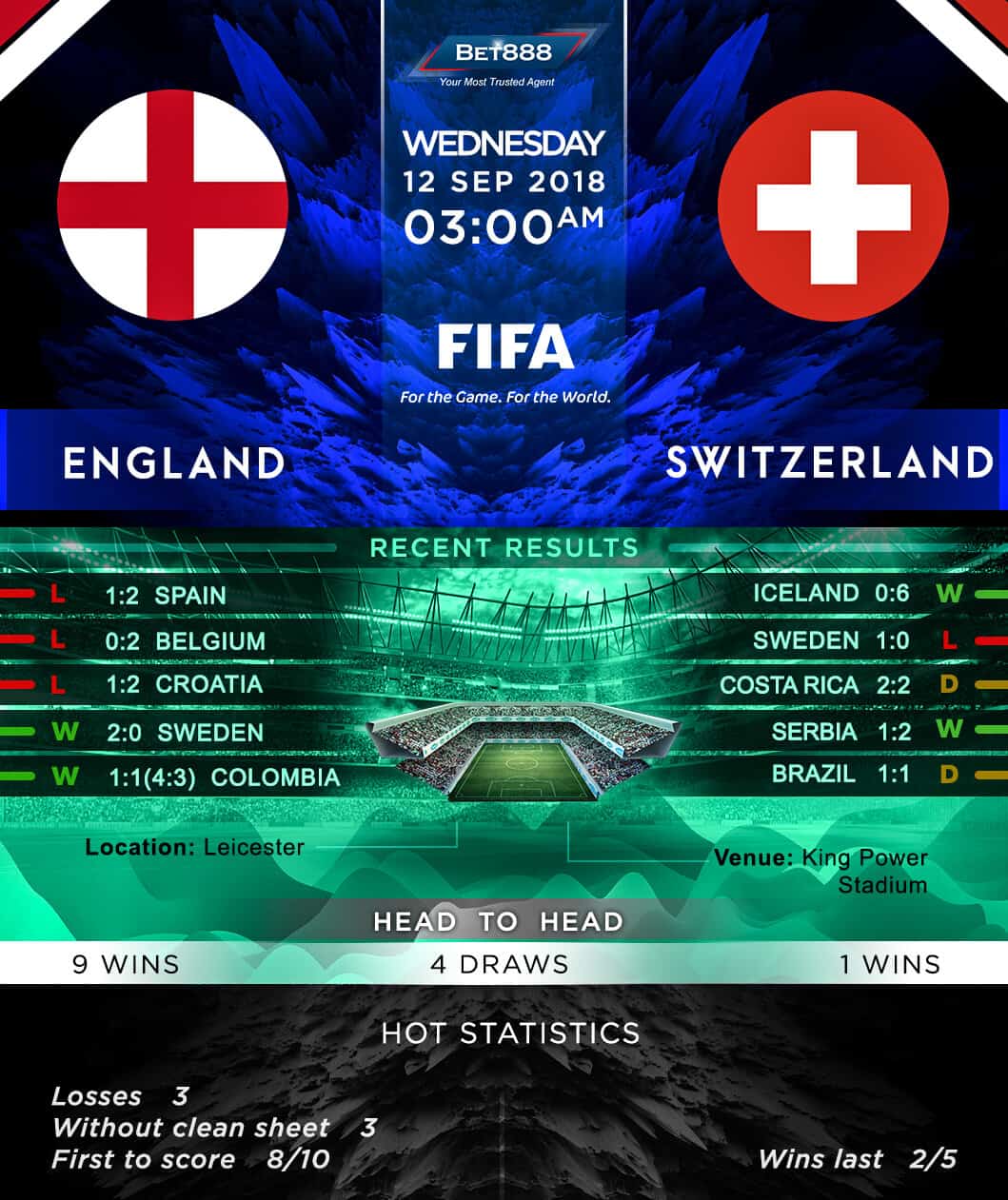