After an uninspiring 1-1 draw with Italy, England will host Nigeria at the Wembley Stadium in London as part of their preparations for the World Cup in Russia looking to improve their attacking game which was quite modest this year. The Three Lions have won three out of their previous six games, all by a narrow one-goal margin, including two 1-0 victories over Lithuania and Slovenia in the World Cup qualifications. Gareth Southgate’s team are struggling in the final third, as they’ve failed to score more than one goal six times in a row, and the former Middlesbrough midfielder intends to raise his team’s offensive performance ahead of the big tournament. On the other hand, Nigeria, who topped their qualifying group without a single defeat, lost 2-0 to Serbia following a 1-0 victory over Poland during their preparations for the World Cup. Although the Super Eagles suffered a devastating 4-0 loss to Morocco in the 2018 African Nations Championship final, they’ve demonstrated they are capable of doing great things at the big scene.

Southgate has omitted Joe Hart, Ryan Bertrand, and Jack Wilshere leaving them out of the squad that will travel to Russia, but England should start the game against Nigeria at full strength. As for the African side, Gernot Rohr will have all of his key players fit and ready for the encounter. 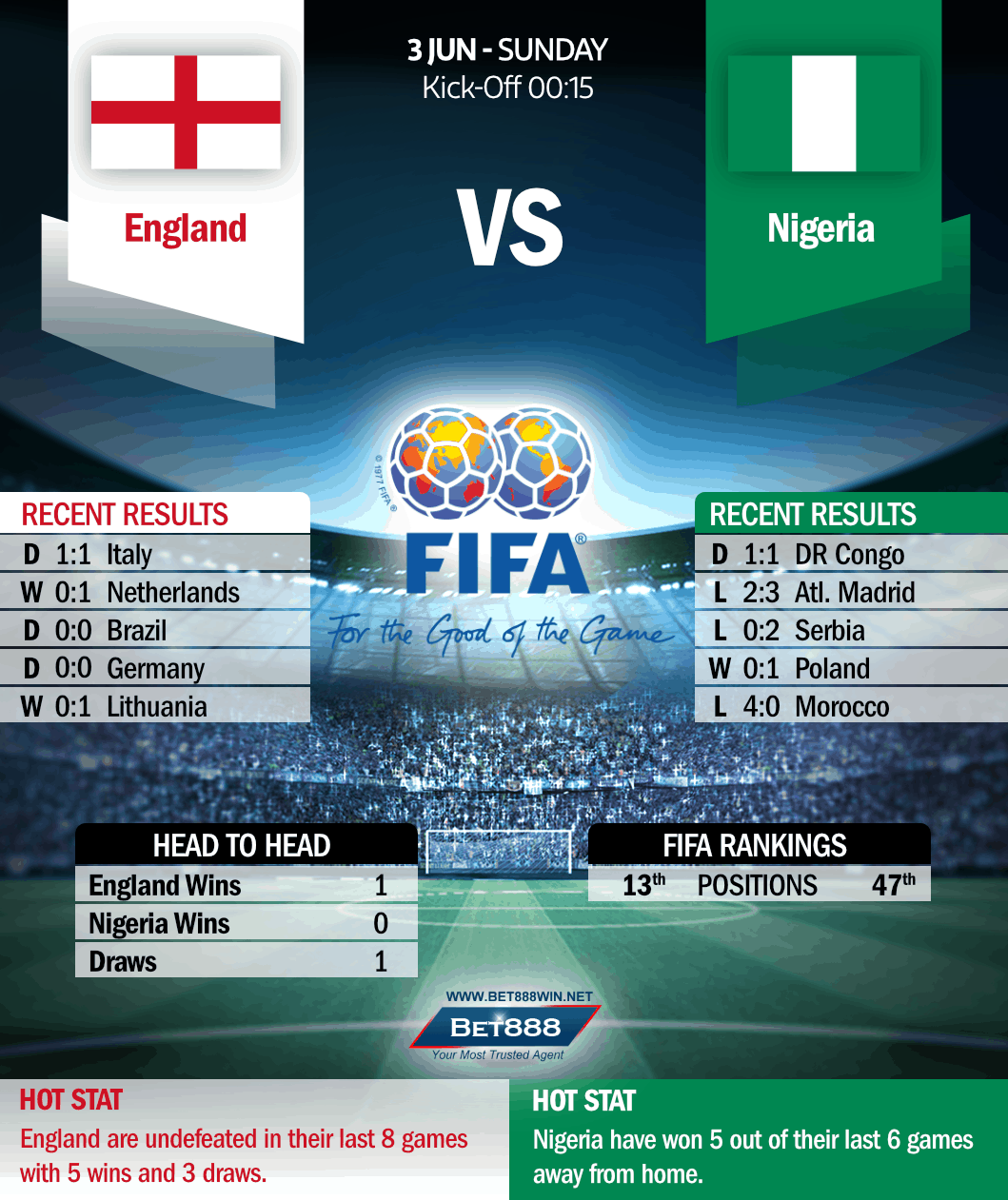