The most significant encounter in the UEFA Nations League Group A/4 will take place at the Wembley Stadium in London, as England prepare to host Croatia.

The Three Lions have started their Nations League journey with a 2-1 defeat to Spain in front of the home supporters, after which they’ve failed to beat Croatia on the road although they’ve had a few clear-cut opportunities. However, Gareth Southgate’s players have managed to outplay the Red Fury in Seville, as they now have the chance to overthrow Luis Enrique’s team. Moreover, England confirmed an impressive form with a routine 3-0 victory over the United States a few days ago, as they look to extend a 4-game lossless run this weekend.

After a remarkable success at the World Cup where they’ve finished second, thanks to a 4-2 defeat to France in the big final, the Blazers have slowed down. In the opening two Nations League clashes, Zlatko Dalic’s players have failed to find a back of the net, having suffered a humiliating 6-0 loss to Spain while playing out a scoreless draw with England. Furthermore, the 2018 FIFA World Cup runners-up have also failed to beat Portugal in a friendly challenge immediately after returning home. However, Croatia wrapped up a stunning 3-2 win over the Red Fury a few days ago, thus keeping their chances of clinching the top spot alive. 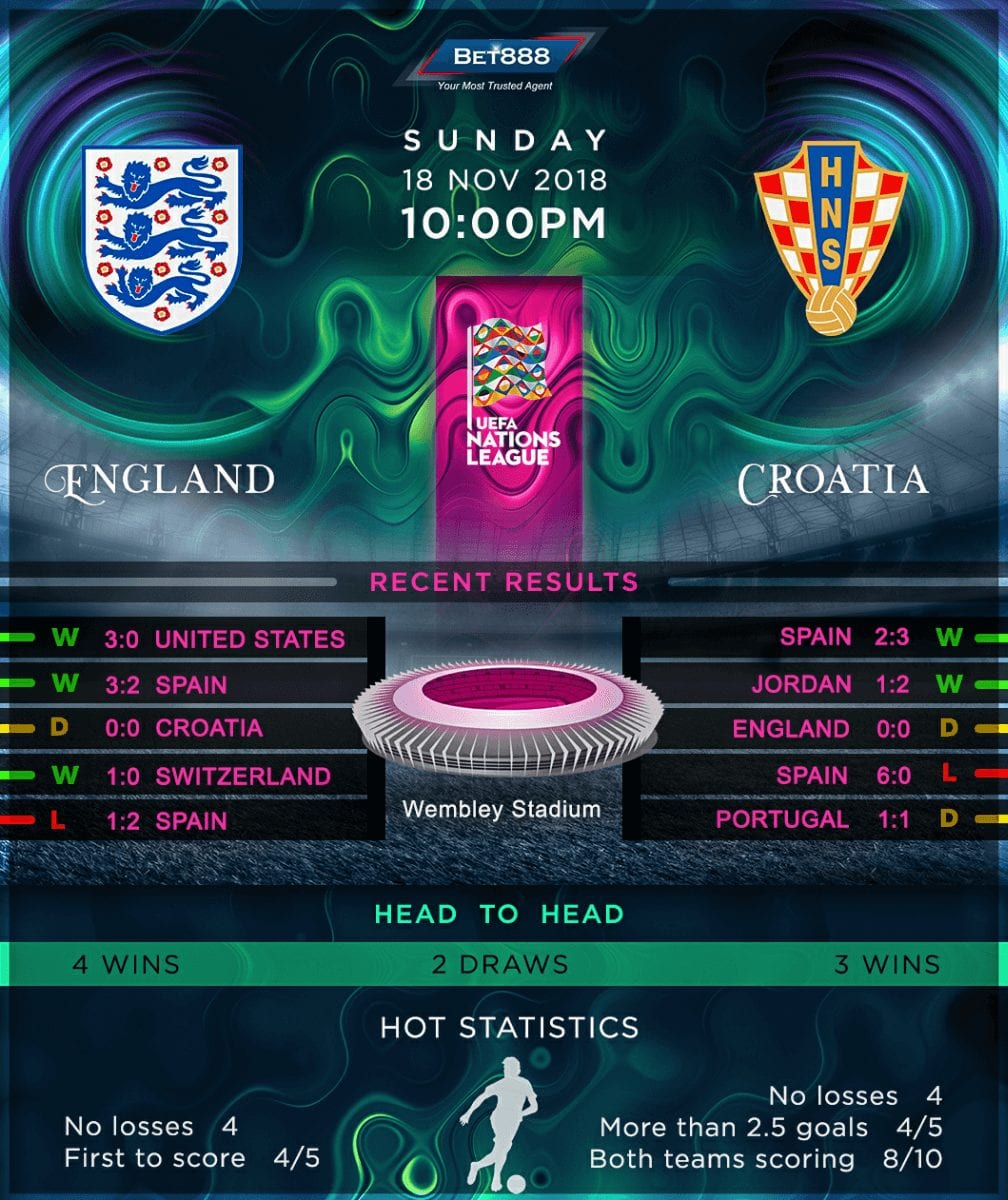