Stadio Carlo Castellani is the venue as Empoli and Roma go head-to-head in the final match-up of Serie A Matchday 6.

It’s been a disappointing season start for Empoli. Since a 1-0 loss away to Spezia on the opening weekend, ‘Gli Azzurri’ have drawn four consecutive Serie A matches, including a topsy-turvy 2-2 stalemate at Salernitana last time out. Empoli’s hopes to post their first top-flight win of the season look a bit far-fetched as they’ve won none of their 12 previous Serie A meetings with Roma (D3, L9), including five successive defeats in the build-up to this encounter. On top of that, Paolo Zanetti’s men have failed to get on the scoresheet in four of their last five league matches against Roma. But the future looks bright for the hosts, as they are the only Serie A side to boast at least three goal scorers born after 2000!

In the meantime, visiting Roma followed up a thumping 4-0 league defeat to Udinese with an underwhelming 2-1 away loss to Ludogorets in their Europa League curtain-raiser. Particularly vulnerable beyond halftime, ‘I Giallorossi’ registered five of their six goals conceded across those two games in the second half of play. Jose Mourinho’s men are keen to bounce back immediately, yet after going winless in their last three competitive away fixtures (D1, L2), that won’t be simple. There’s plenty of reason for optimism in the travelling camp, as Roma have picked up four victories in their five previous Serie A visits to Empoli (D1). 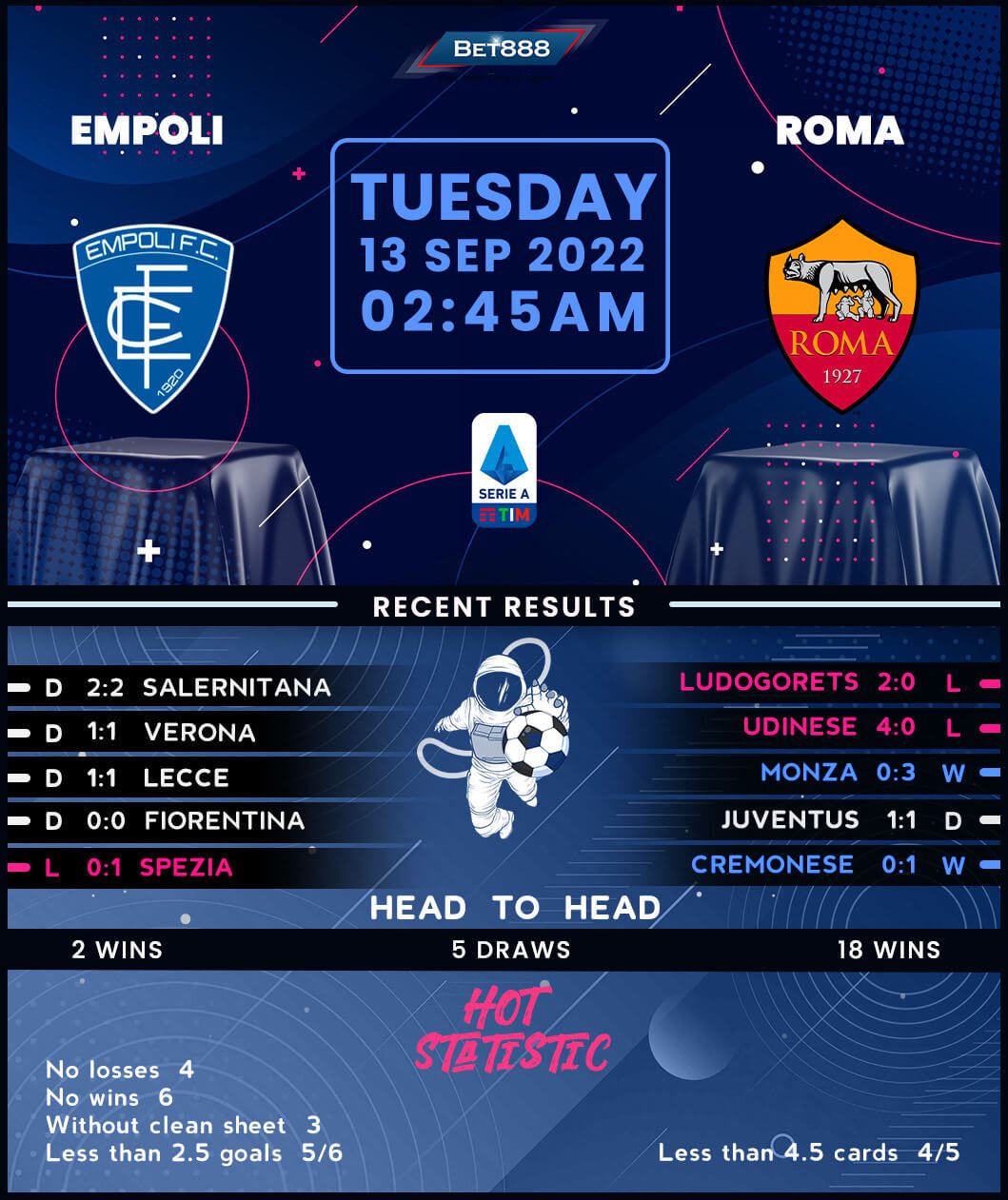