After a surprising 1-1 draw with Genoa last weekend, Juventus look forward to starting a new winning run in Serie A, as the holders set to face Empoli at the Stadio Carlo Castellani.

With a record of one triumph, three draws, and five defeats, the Serie A returnees currently reside in the relegation zone, as they’ve failed to collect three points since the opening matchday. The Blues have lost two out of the previous three home games, having been held to a 1-1 draw to AC Milan, with none of those encounters ended with more than two goals. With eight goals scored so far, Aurelio Andreazzoli’s side has the fifth-worst attacking record in Italian top flight, as they’ve failed to score three times in the previous six league matches.

On the other hand, the Bianconeri seem to be cruising towards another Serie A title although it’s only been nine fixtures. The Old Lady have won all four road games, having notched nine goals in the process, which makes them the second-best attacking away side in Italy behind Atalanta. Moreover, the Turinese giants have scored at least two goals in eight straight league encounters, before last weekend’s draw with the Griffin, more than any other side in Serie A. Furthermore, Massimiliano Allegri’s players will enter the match full of confidence following a 1-0 win over Manchester United at Old Trafford in the Champions League. 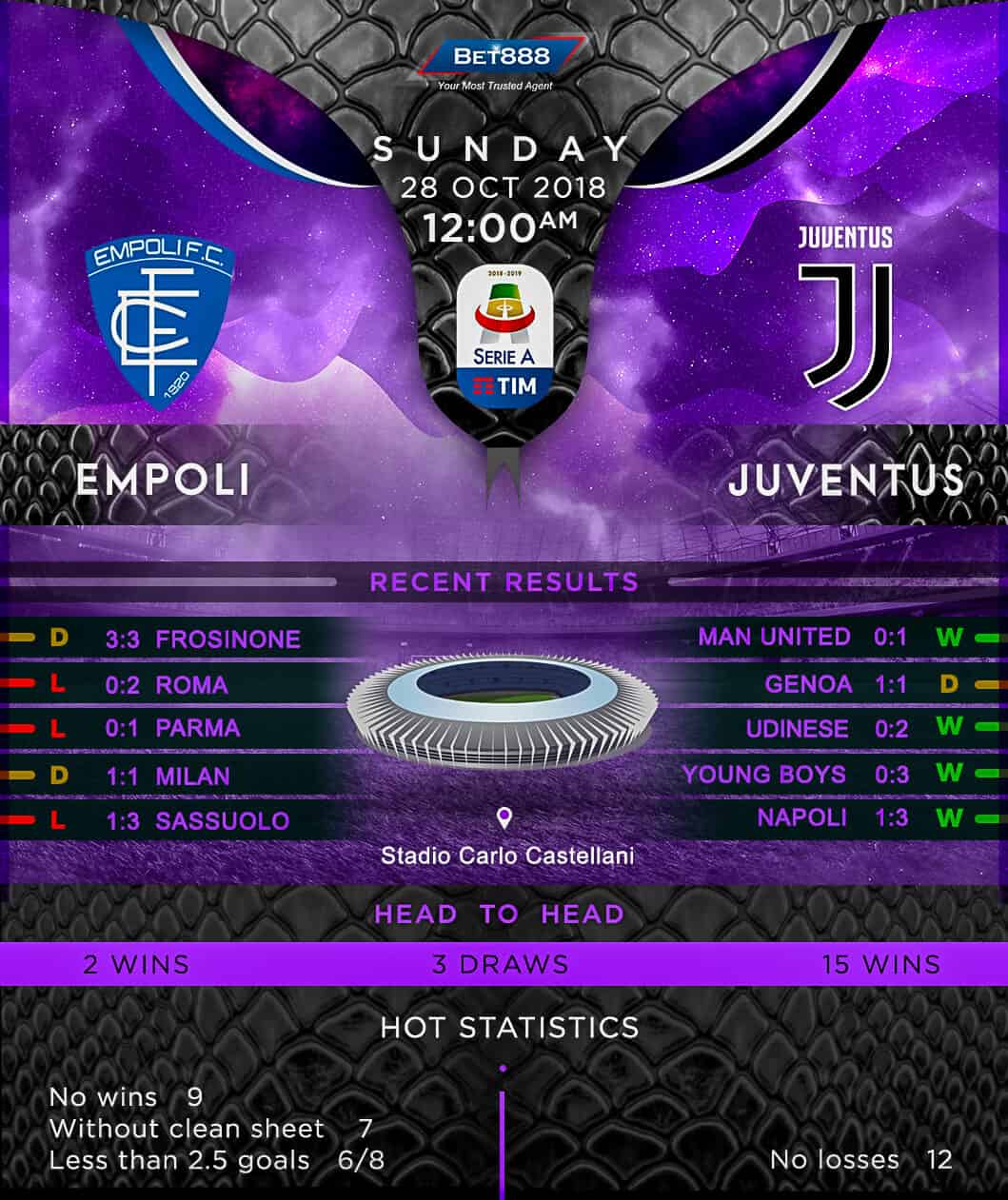