After suffering a 3-1 loss to Borussia Monchengladbach, Eintracht Frankfurt will be facing off against Hannover 96 at the Commerzbank-Arena, hoping to end a 4-game winless streak in the domestic championship.

With three defeats in the opening five Bundesliga fixtures, Die Adler are currently sitting one place above the relegation zone, but it’s already obvious they are miles away from last season’s form. Even before the official Bundesliga kick-off, Launische Diva have been eliminated in the DFB Pokal first round by the lower-league side Ulm, which was preceded by a nightmarish German Super Cup loss to Bayern Munich. Frankfurt’s only triumphs this season came against Freiburg on the road, and against Marseille in the Europa League, but Adi Hutter is still struggling to find the right balance, which started to annoy the local fans.

The visitors are going through the similar period, as they are yet to win a league match and currently reside in the danger zone, with three losses and two draws after the first five matches. Although the Reds managed to avoid defeats against Werder Bremen and Borussia Dortmund in the opening two fixtures, they’ve suffered three straight defeats in the previous three games, losing to RB Leipzig, Nurnberg, and TSG Hoffenheim. A scandalous defensive performance has caused Andre Breitenreiter a sizeable headache, with his team failing to keep a clean sheet four times this year.

The hosts will be severely weakened for the weekend’s showdown, with Timothy Chandler, Francisco Geraldes, Goncalo Paciencia, Carlos Salcedo, Taleb Tawatha, and Lucas Torro all ruled out by injuries. As for the visitors, Martins Felipe, Timo Hubers, Edgar Prib, and Noah-Joel Sarenren-Bazee won’t be available due to various physical problems, while Miiko Albornoz has to remain on the stands due to a red-card suspension. 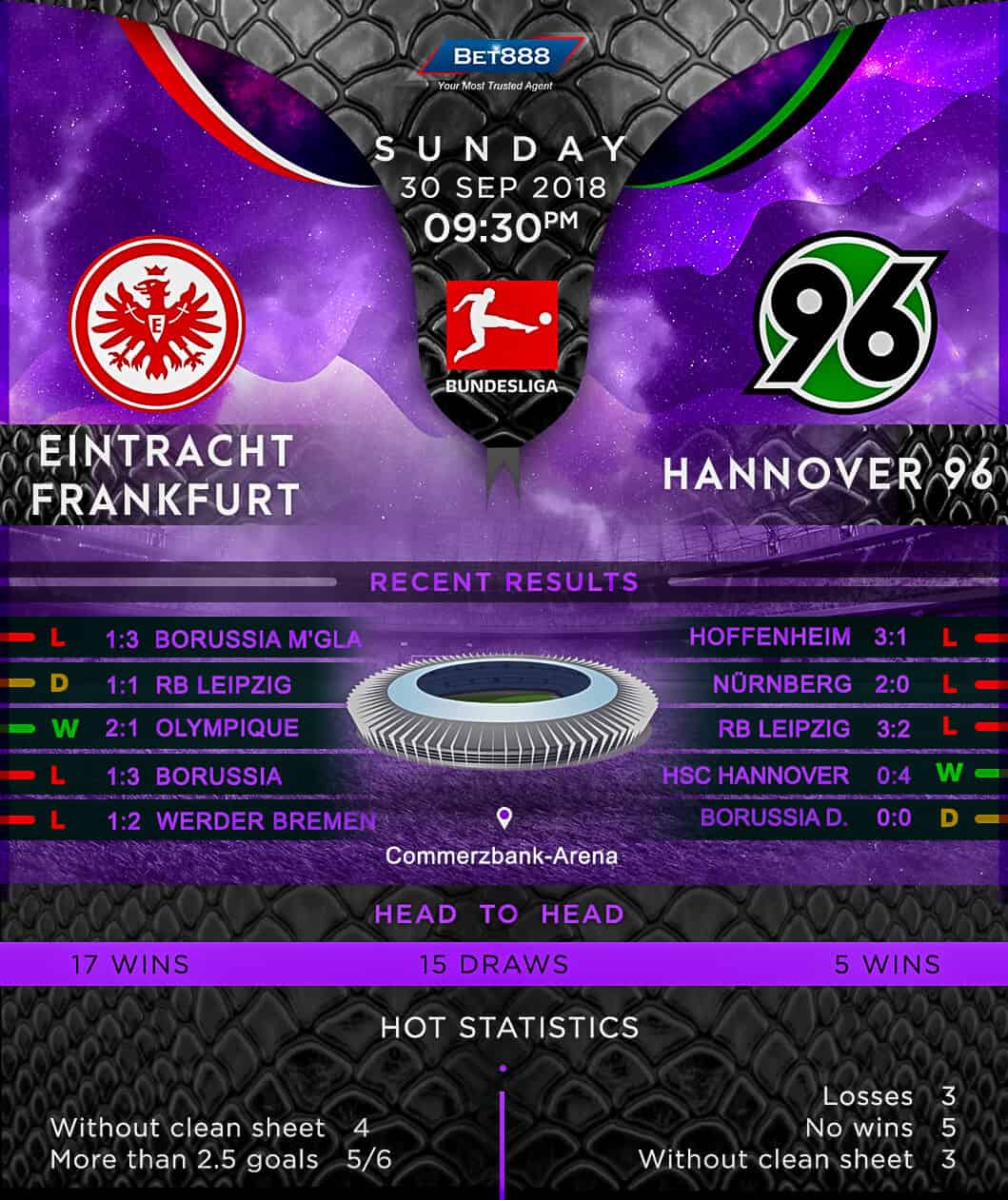