In the last fixture of the first half of the season, Eintracht Frankfurt will welcome an improving Bayern Munich side to the Commerzbank-Arena hoping to take revenge on a scandalous 5-0 loss in the German Super Cup.

The Eagles have won seven out of last eight games at home in all competitions, including the one against Bayer Leverkusen last weekend. But, the hosts will enter this encounter following a disappointing 2-2 away draw with Mainz during the midweek that has seen Adi Hutter’s crew conceding for the fifth time in a row across all competitions. Still, it was also the third consecutive time Launische Diva scored exactly two goals per match. Eintracht Frankfurt are one of five teams that have scored in all of their home games in the Bundesliga this campaign, with Hutter’s men notching 17 goals in their last five league meetings at home.

On the other hand, the Bavarians seem to have found the right balance following a slow start, as they’ve racked up a promising four-game winning Bundesliga run ahead of this meeting. The reigning holders come into this encounter after a narrow 1-0 home win over RB Leipzig in midweek, which was the third straight time Manuel Neuer managed to keep a clean sheet in the domestic championship. The Reds are yet to play out a draw away from home this season (W6, L2), but they’ve entertained crowd more than any other side in the German top flight, as 75% of their road clashes produced over 2.5 goals. What’s more, Niko Kovac’s players have scored a minimum of two goals per match on their last eight road trips across all competitions although they’ve kept just two clean sheets in the process. 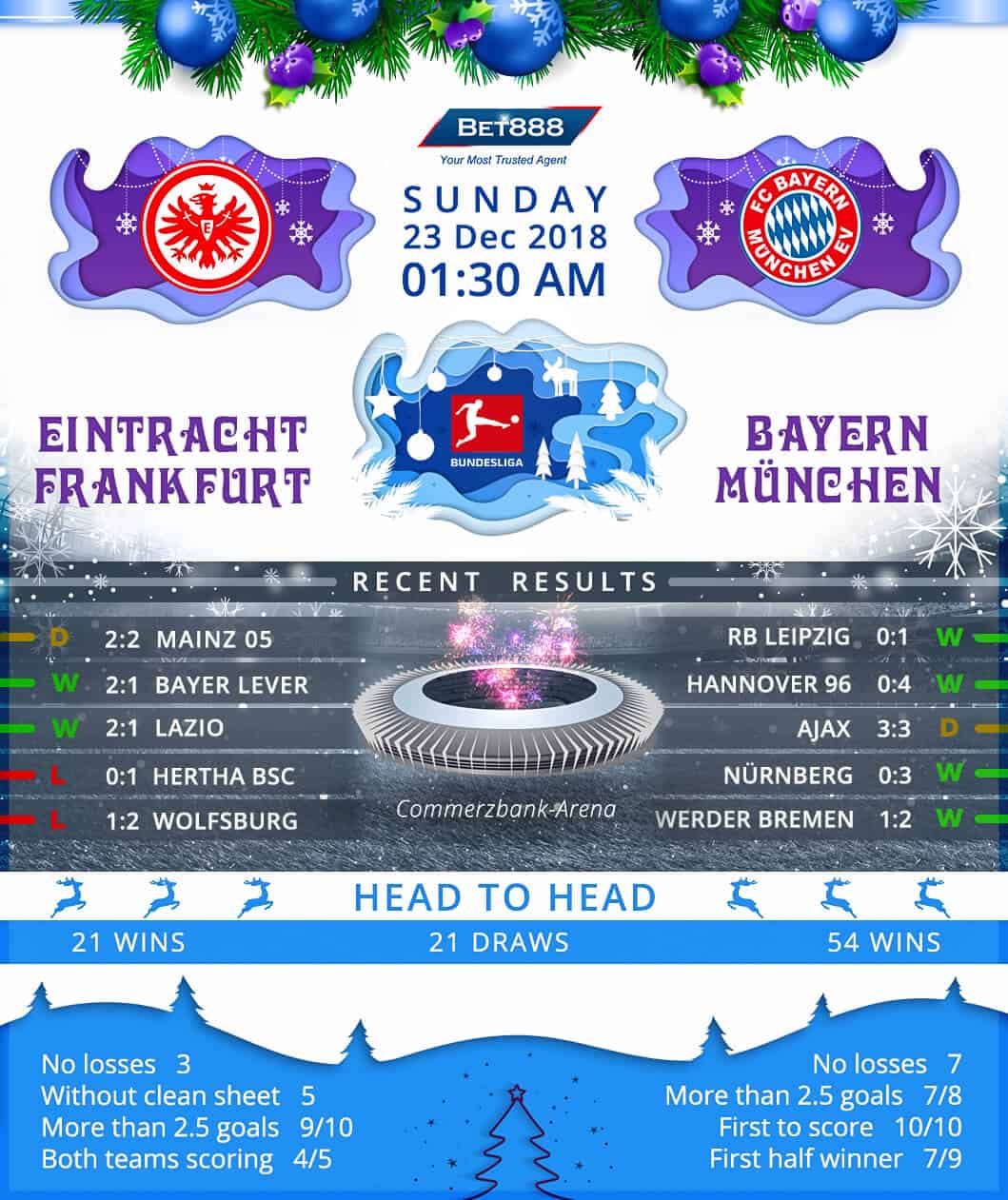