Oliver Glasner led Eintracht Frankfurt to their maiden European silverware in the 21st century in his inaugural season at the helm as ‘Die Adler’ won the 2021/22 Europa League title, courtesy of a penalty shoot-out victory over Rangers. However, while they impressed in continental action, Frankfurt failed to live up to expectations in the Bundesliga, having had to settle for a disheartening 11th-place finish. A raft of eye-catching summer signings, including Mario Gotze, Lucas Alario and Randal Kolo Muani, should inspire Frankfurt’s bid to challenge higher up the table in 2022/23. Much will depend on the way they enter the season. A potential over perennial German champions Bayern could prove instrumental to their hopes of mounting a genuine top-four challenge this term.

Indeed, Frankfurt have proved a thorn in Bayern Munich’s side of late, racking up back-to-back league wins before succumbing to a 1-0 defeat in this corresponding fixture last season. Julian Nagelsmann navigated the ‘Bavarians’ to their tenth Bundesliga title on the bounce during his inaugural season in the dugout, but things changed over the summer. Long-serving talisman Robert Lewandowski left the Allianz Arena to join Barcelona, with ex-Liverpool ace Sadio Mane now entrusted with quenching the scoring thirst. Mane was on the scoresheet as Bayern thrashed RB Leipzig 5-3 in the German Super Cup last week to make a perfect start to the new domestic season. They will be now looking to bring a frustrating three-game winless league streak to a halt (D2, L1) and set the tone for another triumphant campaign. 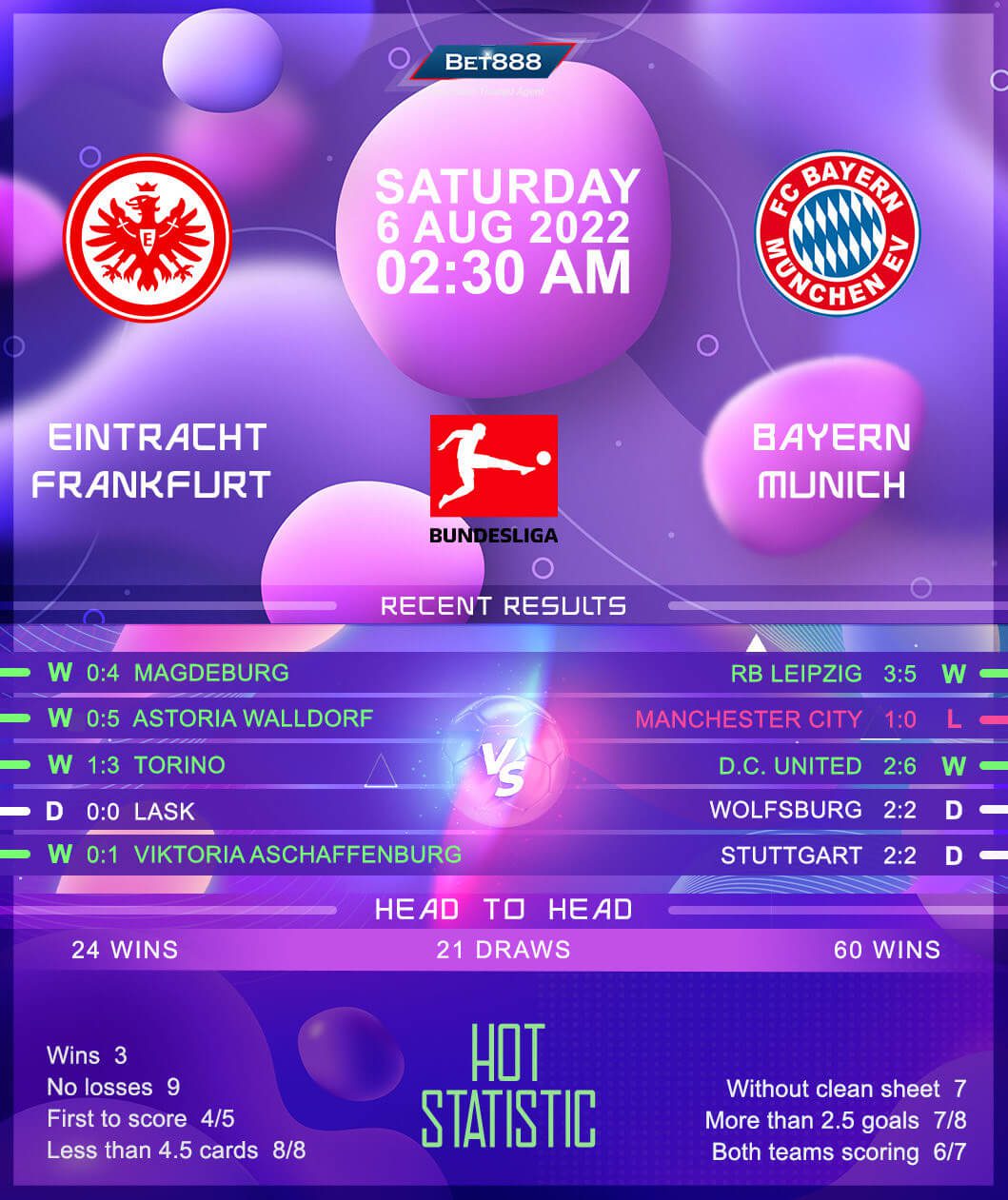