At the Central Stadium in Yekaterinburg, Egypt and Uruguay will face off against each other in the first round of the 2018 World Cup in Russia. These two teams alongside the hosts Russia and Saudi Arabia comprise Group A, which is likely going to be one of the most unpredictable groups on the tournament. Egypt is one of five African nations that will be representing the AFC continental confederation at the most significant international football competition on the planet. After finishing top of their respective qualifying group with four wins and just one loss, the Nubian Pharaohs had secured their third ever World Cup appearance, and the first since 1990. On the other hand, Uruguay will be making a back-to-back appearance following the last tournament held in 2014, and it will be the 13th World Cup appearance for the two-time champions of the world. La Celeste finished second in the CONMEBOL qualifying group, right behind Brazil, who dominated the South American qualification with only one defeat.

The two teams never played against each other at the official tournament, but Uruguay managed to defeat the African side 2-0 in an international friendly twelve years ago.

Héctor Cúper’s principal concern is the injury of Mohamed Salah, who should be fit and ready for the encounter according to the latest reports. As for Uruguay, Luis Suarez, Edinson Cavani, and Diego Godin are the players who should drag the team to the next round, and all are set to start from the first minute. 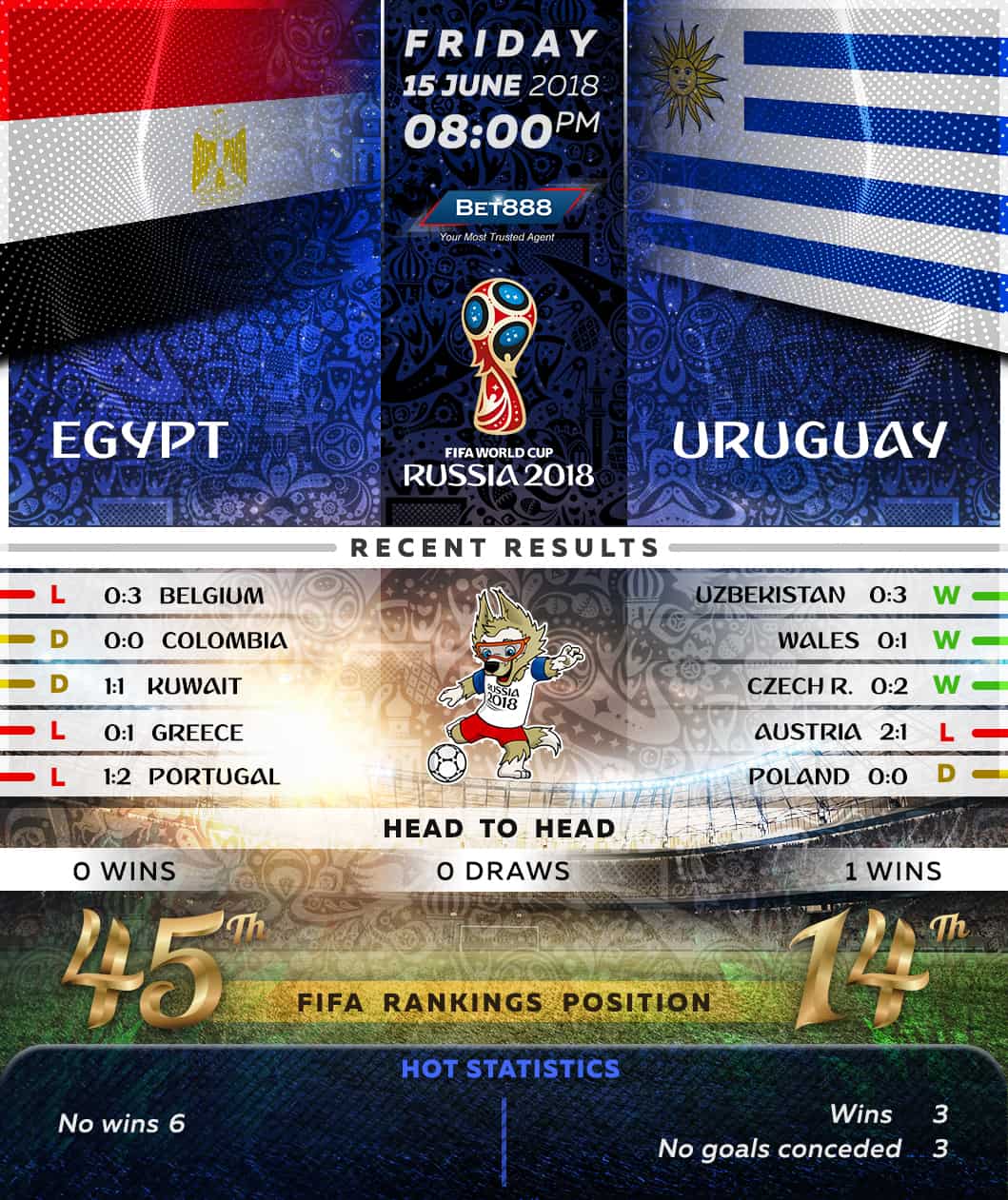