Probably the weakest national team of the tournament, Saudi Arabia, will be facing off against Egypt at the Volgograd Arena, looking to score their first goal at this summer’s World Cup. Both teams have already lost any chances of advancing to the knockout stage, after suffering two defeats apiece. The Green Falcons have the worst goal difference of all sides that are featuring in the World Cup, as they’ve lost 5-0 to Russia in the opening World Cup match, after which Uruguay defeated them by one goal to nil, cementing them on the bottom of Group A with a -6 goal difference. The same goes for the Pharaohs, who failed to win a single point in their first two games, losing 1-0 to Uruguay and 3-1 to Russia, thus missing out on any chance to go past the group stage. The two sides have never played against each other at the World Cup before, but Saudi Arabia achieved a convincing 5-1 win over the African team at the FIFA Confederations Cup back in 1999.

Although both teams will probably seek a victory to end their participation in the final competition in some style, both managers would presumably look to introduce some of the players that haven’t performed in the previous two encounters. 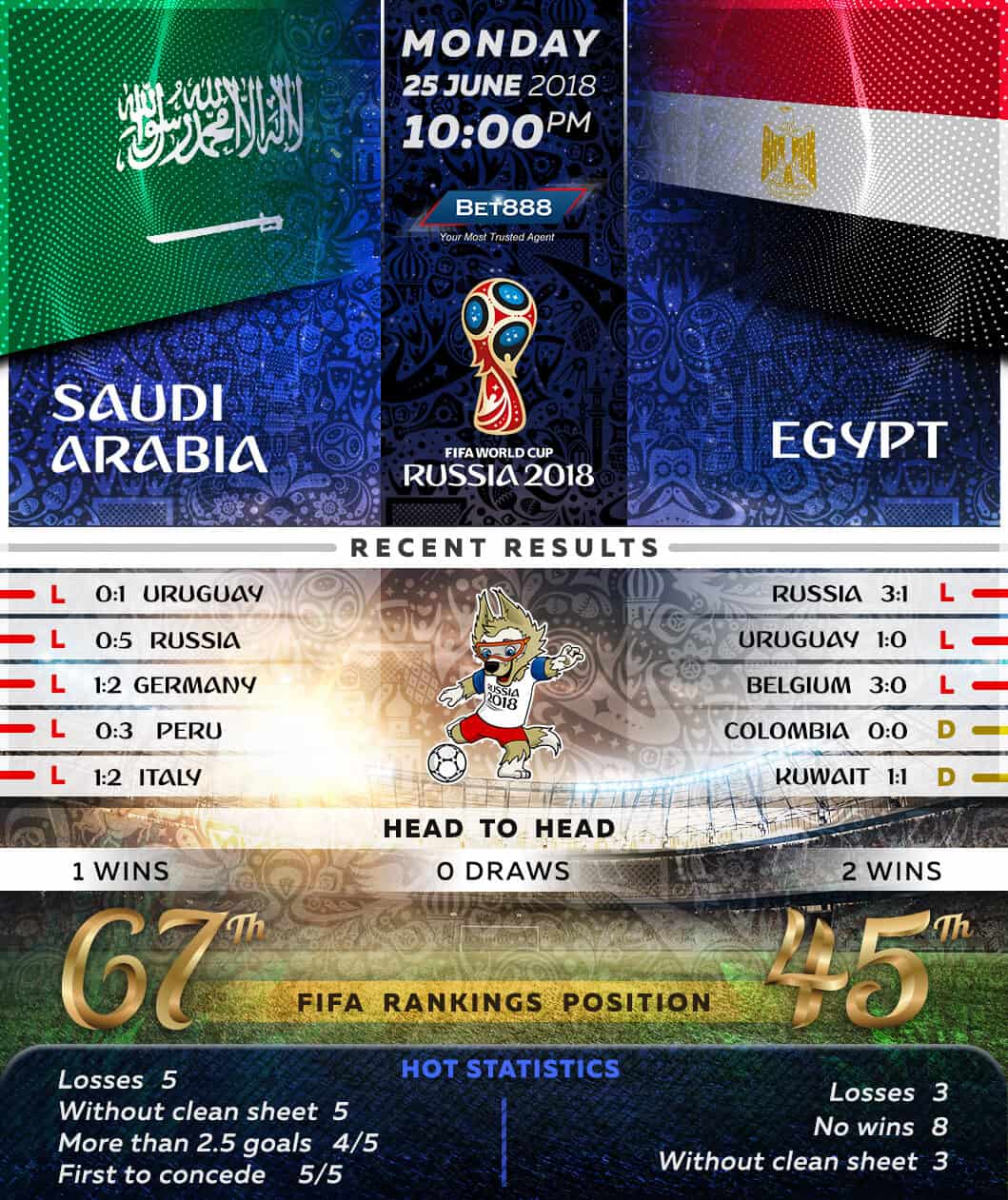