Who’s who in the Europa League Group B zoo has already been determined prior to the final matchday, with Dynamo Kyiv no longer having a future in Europe and Fenerbahce assured of progression from the group.

Dynamo Kyiv’s hopes of securing springtime European football for the first time since 2020/21 suffered a fatal blow last week as they drew 3-3 at AEK Larnaca, losing any chance of claiming third place in Group B. Last season’s Champions League elimination was no fluke, as the Ukrainian heavyweights head into the final Europa League group-stage round winless in all five matches (D1, L4). There’s an unwanted piece of history looming over Mircea Lucescu’s head, as he might become the first-ever Kyiv manager to suffer four consecutive home defeats in major European competitions. But history firmly backs the ‘Blue & Whites’ for success, considering they’ve won more European games against Turkish adversaries (13) than they have against sides from any other nation.

As for Fenerbahce, last week’s heroic comeback to bounce back from a 3-0 down to hold Rennes to a 3-3 home draw helped them remain in the driving seat to progress into the knockouts as Group B winners. Level on points with second-placed Rennes, the Turkish giants will lock down a top-place finish should they equal the French team’s result against AEK Larnaca at worst. But that’s not a foregone conclusion by any stretch of the imagination, with Fenerbahce’s 2-1 home win in the reverse fixture halting their six-game winless European run against Kyiv (D3, L3). On top of that, the ‘Yellow Canaries’ have won two of their last four European clashes against Ukrainian clubs (D1, L1), having won none of their previous seven such contests (D4, L3). 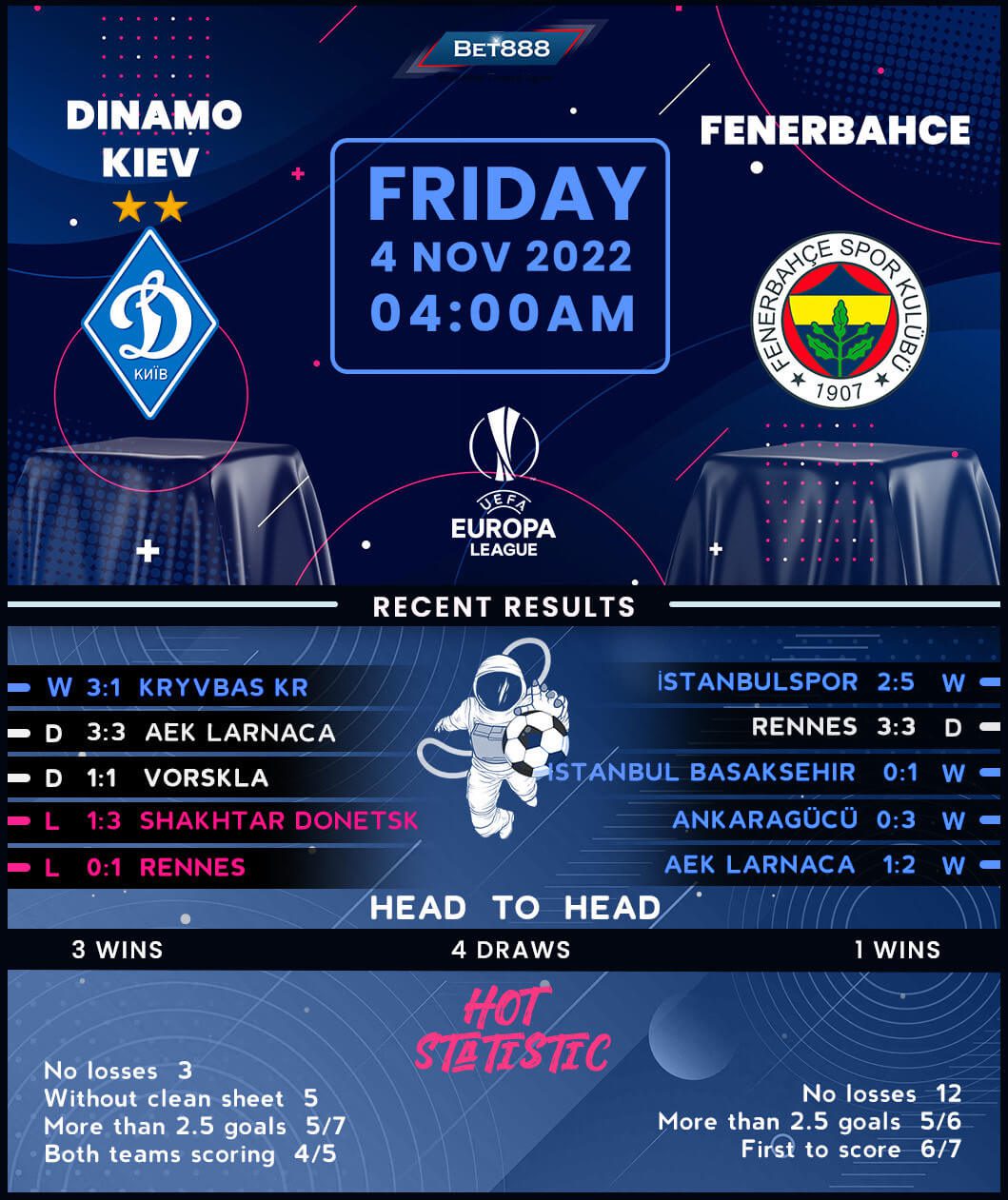