At the NSC Olimpiyskiy Stadium in Kiev, Dynamo Kyiv will host the Dutch giants Ajax, hoping they can reduce a two-goal deficit from the first leg and qualify for the Champions League group stage following last season’s pretty successful Europa League campaign. The White-Blues played out a discouraging 1-1 draw with Chornomorets Odesa last weekend, which ended up their four-game winning streak in the Ukrainian Premier League although it is fair to say they won all of those matches by 1-0. However, Angel Chervenkov’s team miserably failed in Amsterdam, losing the first leg 3-1, and only thanks to a couple of inexplicable misses by Ajax’ attackers, Dynamo still have some chance to go past the playoff round. Meanwhile, on the eve of the encounter in Kyiv, the Lancers have destroyed Emmen at home by five goals to nil, thus extending the winning streak to four, and it was also the third time in the previous four matches that Ajax managed to keep a clean sheet. Erik ten Hag, who took charge of the team last January, has the opportunity to lead his team to the most elite club competition after four years of absence, and there’s no doubt he is going to do everything to accomplish that goal.

Chervenkov will have all of his players fit and ready for the big showdown, while Vaclav Cerny, Daley Sinkgraven, Joël Veltman, Kasper Dolberg, and David Neres are all injured in the visiting squad and will have to remain on the stands. 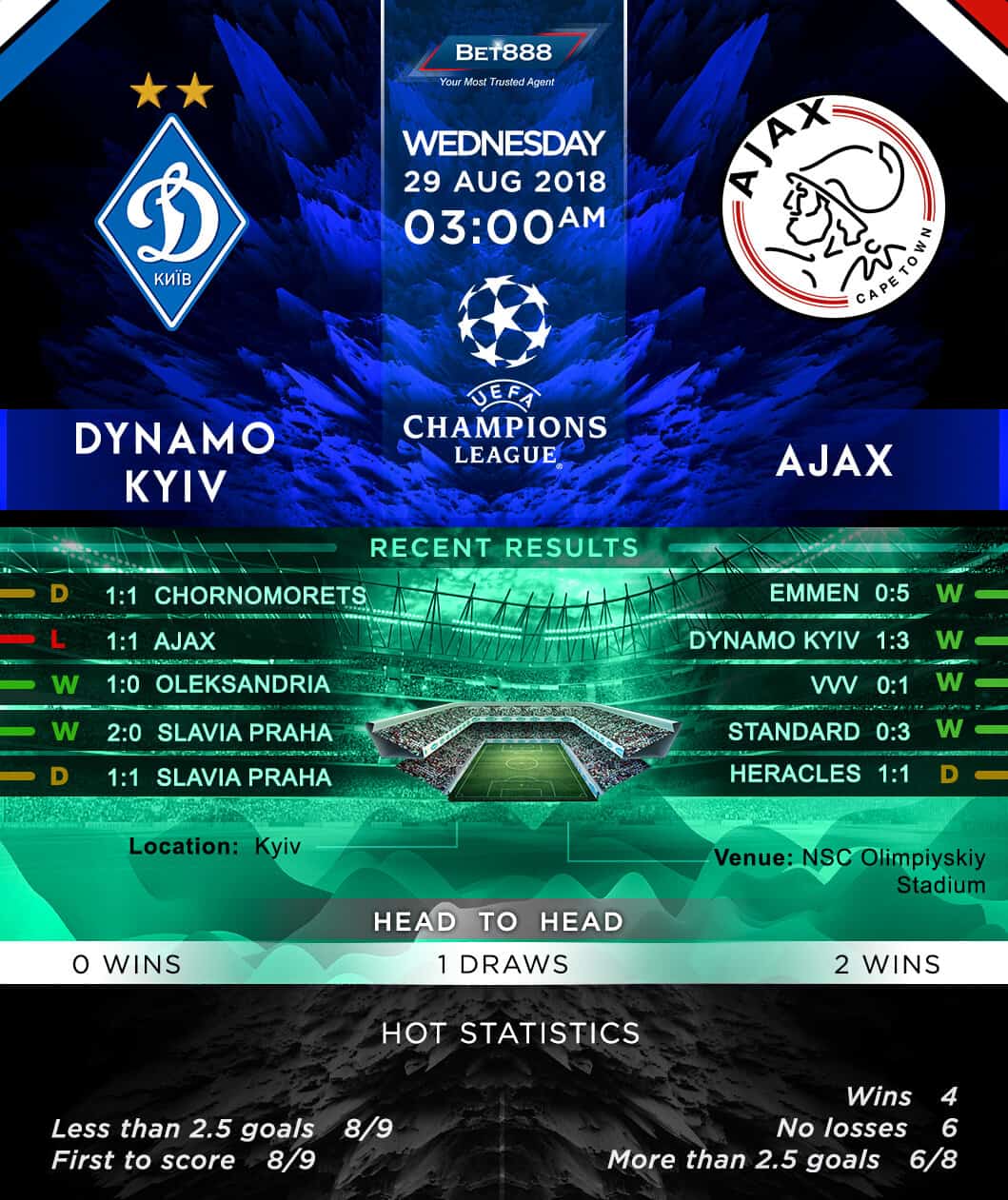