A tight 1-0 victory over Peru has handed Denmark an excellent opportunity to advance to the World Cup knockout stage after twelve years, as the Danish Dynamite look to take on Australia in the second round match of Group C. Åge Hareide’s team has suffered a lot against La Blanquirroja, allowing the South Americans to create few clear-cut chances, including a penalty kick missed by Cueva in the closing seconds of the first half. On the other hand, the Socceroos has done a tremendous defensive work against France, especially in the first half, barely permitting Les Bleus to show off their potential in the final third. However, Antoine Griezmann and Paul Pogba eventually brought France a win, sending Australia to the bottom of the table. Bert van Marwijk’s side now has to push for all three points if looking to keep their hopes of going past the group stage alive, but Denmark demonstrated great defensive strength over the last five matches, in which they haven’t conceded a single goal.

Lasse Schone who replaced injured William Kvist might start from the first minute, as well as, Michael Krohn-Dehli who spent the whole game against Peru on the bench. As for Australia, van Marwijk might opt to include Tim Cahill in the starting line-up considering his experience at the international scene. 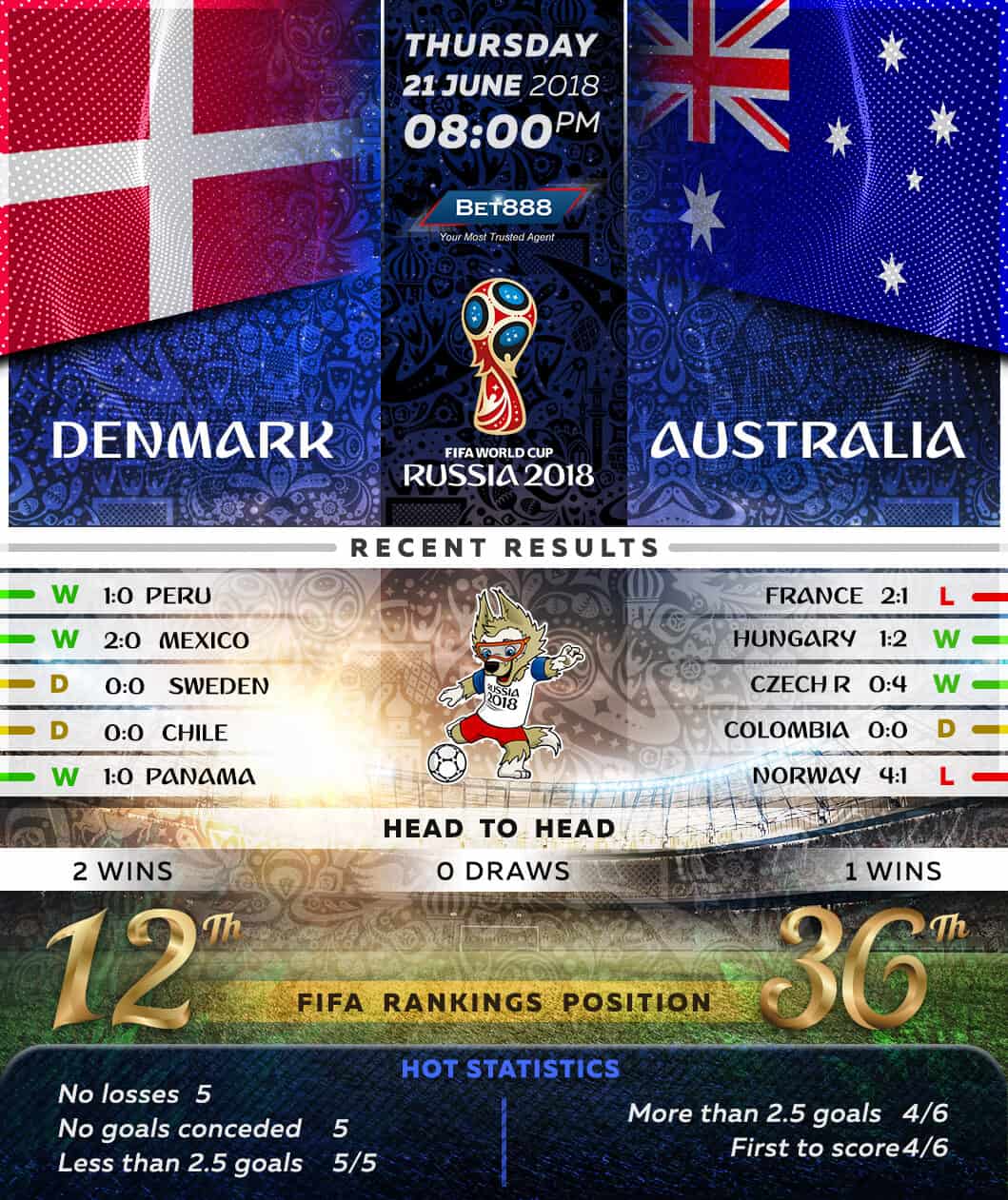