Pinned to the bottom of the Eastern Conference, DC United head into proceedings 14 points adrift of the playoff line and winless in their last four league fixtures (D2, L1). Manager Wayne Rooney’s top assignment is to recalibrate DC’s uneventful frontline that has failed to get on the scoresheet in three consecutive MLS outings. Furthermore, they’ve drawn a blank in their last three league games on home turf (D2, L1), including a dreadful 6-0 defeat to Philadelphia Union in late August. Inter’s visit to Audi Field could come in handy, considering the ‘Black-and-Red’ have netted 2+ goals in three of their four previous MLS H2Hs (W3, D1).

On the other hand, visiting Inter Miami pulled off an all-important 2-1 home triumph over Columbus Crew last time out to arrest an underwhelming run of three successive MLS defeats. Trailing the Eastern Conference playoff zone by a mere two points, the ‘Herons’ can progress beyond the regular season for the first time in the club’s history. However, after suffering three successive losses on their MLS travels, Inter cannot afford to get complacent, especially considering they conceded precisely three goals in two of those reverses. Indeed, Phil Neville’s men lament a disastrous 67% losing ratio in MLS away fixtures this season (10/15), which has been the main stumbling block to their bid to reach the playoffs. 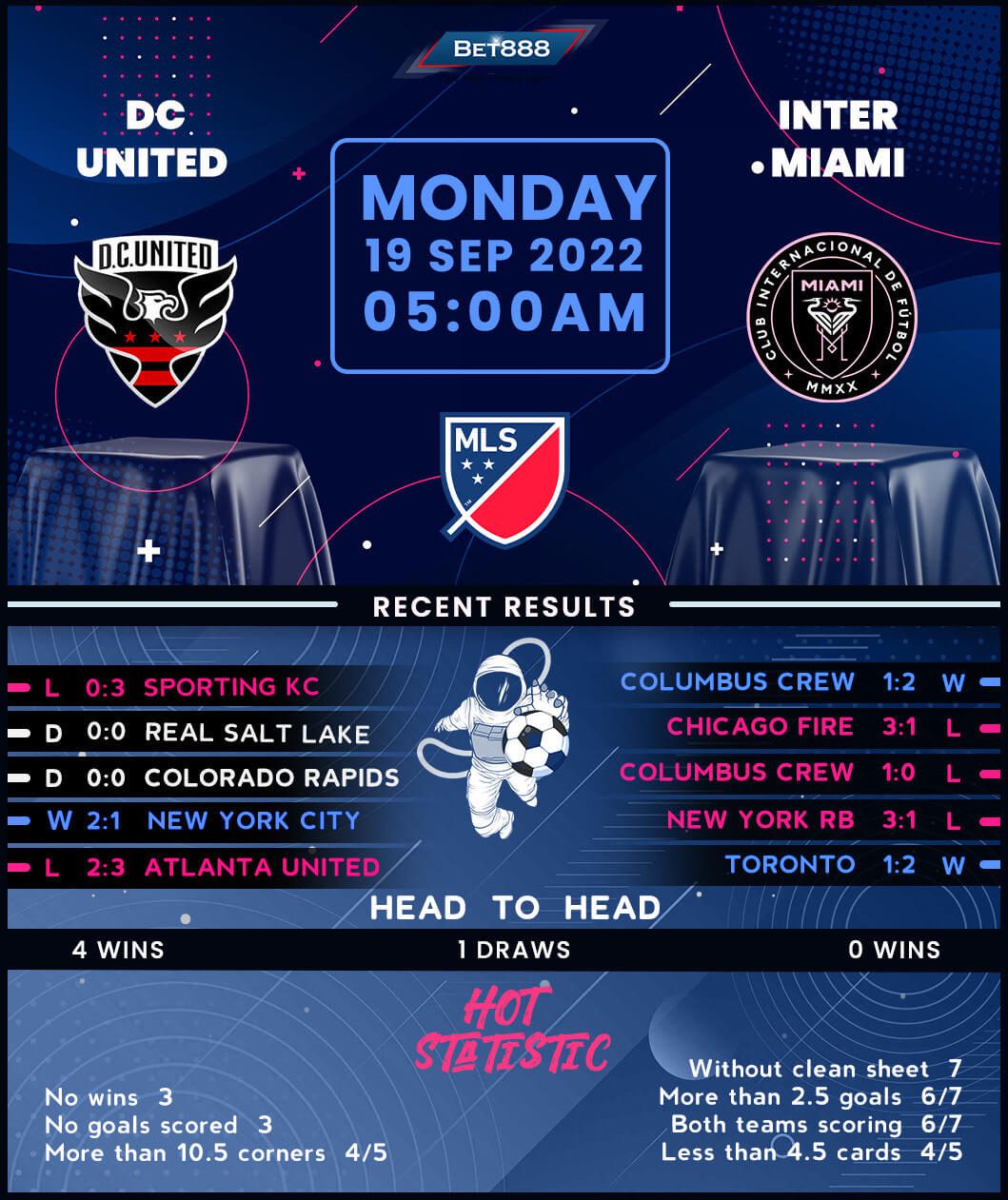