At the Audi Field in Washington, D.C. United will host Atlanta United, desperately seeking a victory that could see them catching the last train for the play-off promotion. With the arrival of Wayne Rooney from Everton, the Black-and-Reds have made a last-ditch effort to integrate into the play-off promotion race, but the things haven’t gone as expected. After achieving four triumphs in five matches, Ben Olsen’s team have lost two consecutive games, to New York Red Bulls and Philadelphia Union, and another potential collapse may see them wasting the possibility of closing the gap on Montreal Impact, who are currently occupying the last qualifying spot.

On the other hand, Atlanta United are chasing the top spot in the Eastern Conference, and in case they were to secure all three points in the capital, they will overthrow NY Red Bulls on the top of the table. The Five Stripes are undefeated in seven straight games, winning four out of the previous five encounters, including a 2-1 victory over Orlando City on the road last weekend.

The two sides have already faced off against each other twice this year, both times at Atlanta’s stadium, with the home team winning both times by the identical 3-1 result.

David Ousted, Nick DeLeon, and Taylor Kemp are sidelined with injuries, while the appearance of Dane Kelly and Yamil Asad still hangs in the balance. As for the visitors, Tata Martino will have all of his players fit and ready for the big showdown. 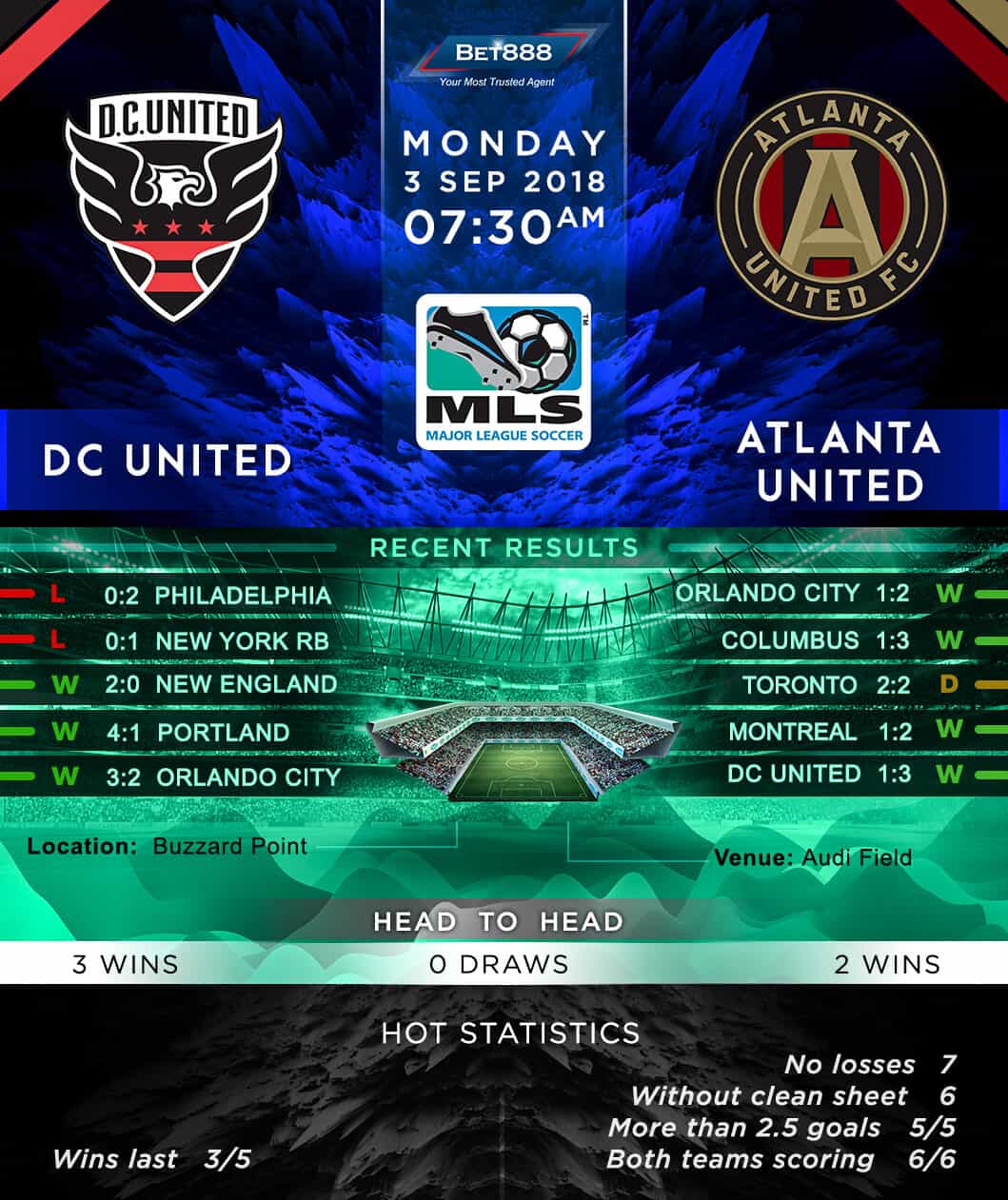