The Czech Republic and Portugal are set to square off at Fortuna Arena in a high stakes Nations League clash.

With no World Cup distraction for the Czech Republic this winter, the hosts can turn their undivided attention towards salvaging their League A status in the final two 2022/23 Nations League rounds. Following a two-game unbeaten Group A2 start (W1, D1), Jaroslav Silhavy’s men have lost back-to-back games in the competition and are only one point clear of bottom-placed Switzerland. However, victories over Portugal and Swiss across the final two matchdays may even see the Czechs reach the playoffs, though that prospect looks a bit far-fetched. Therefore, avoiding relegation to League B is Silhavy’s number one assignment, with his side picking up just one win from their last six matches (D2, L3). On the bright side, they’ve gone unbeaten at home since September 2020, racking up seven wins and four draws in that span.

On the other hand, visiting Portugal succumbed to a potentially expensive 1-0 defeat away to Switzerland last time out, surrendering the top place in Group A2 to Spain. But after going undefeated in their opening three Group A2 outings (W2, D1), the visitors trail their Iberian neighbours by a single point. So a victory in Prague could be crucial to set up a ‘winner takes all’ showdown with ‘La Furia Roja’ in the ultimate round. Head coach Fernando Santos can still be optimistic about his team’s chances of advancing to the playoffs since that loss in Switzerland was Portugal’s first failure in seven Nations League away matches (W3, D3). Yet after scoring just once on their last three international travels (D2, L1), the ‘Selecao’ may need Cristiano Ronaldo to defy his underwhelming club form. 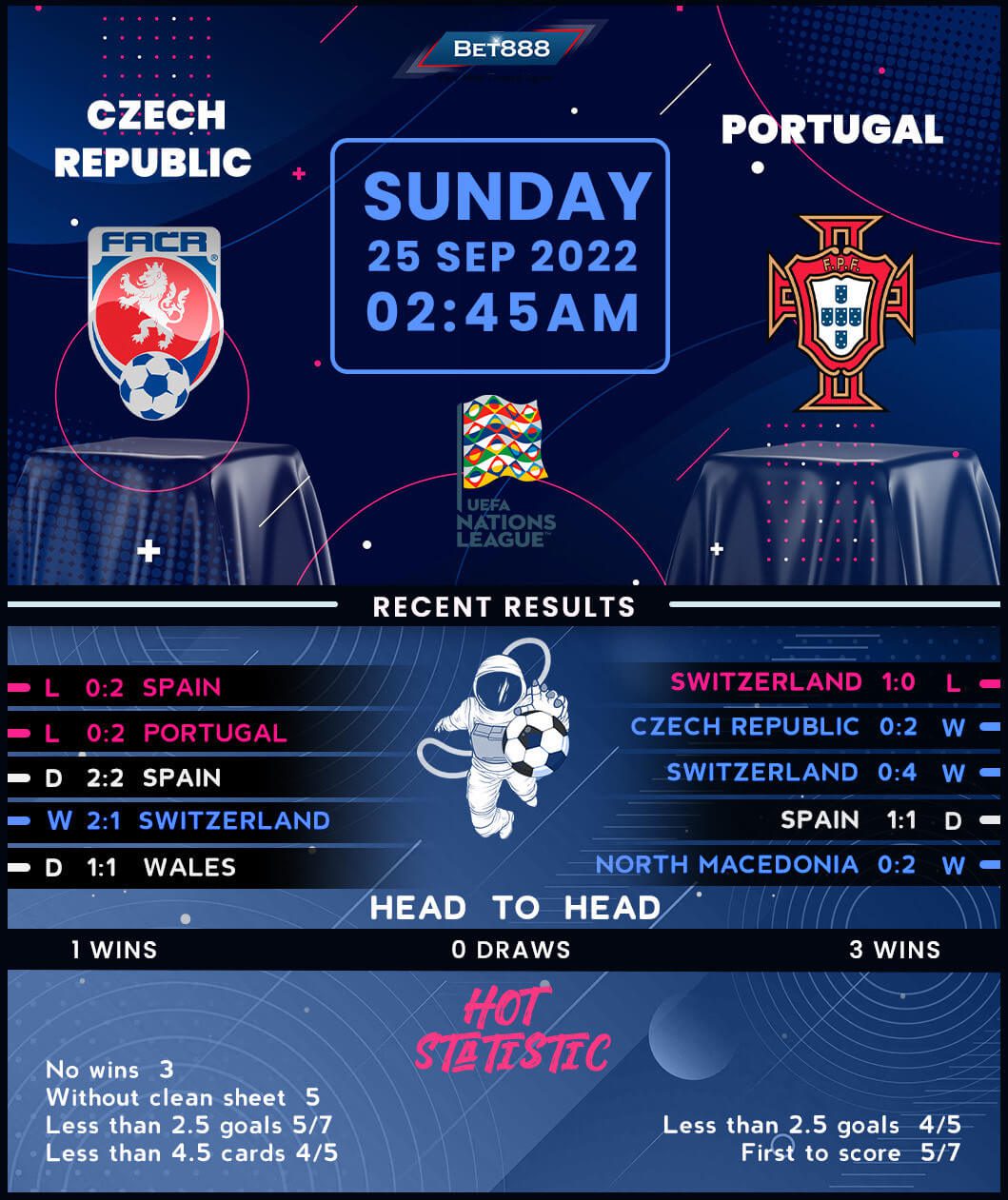