Due to the tremendous demand, the Champions League clash between CSKA Moscow and Real Madrid will take place at the Luzhniki Arena rather than the VEB Arena that is CSKA’s home ground.

The Horses have played out a 2-2 draw with the Czech Republic side Viktoria Plzen on the opening matchday after returning from a 2-goal down in the second half. However, in the Russian Premier League, the things are not going well, as the Red-blues currently trail Zenit by 6 points although they defeated Orenburg by a narrow 1-goal margin last weekend. It will be the second time the Moscow-based side host the Spanish giants, as their previous meeting ended in a 1-1 draw, back in 2012.

On the other hand, LosBlancos have destroyed AS Roma in the Champions League opener at the Estadio Santiago Bernabeu, clinching a 3-0 victory. Since then, Los Merengues have only secured one triumph in the subsequent three league games, defeating Espanyol by a goal to nil, while suffering a disastrous 3-0 loss to Sevilla in Andalusia and playing out a scoreless draw with city rivals Atletico Madrid. Julen Lopetegui’s team are going through a minor crisis, and the match in Russia will be very important in terms of confidence and moral.

Kristijan Bistrovic, Konstantin Kuchaev, Viktor Vasin, and Abel Hernandez are all struggling with injuries and will skip the encounter, while the appearance of Hordur Bjorvin Magnusson and Georgi Schennikov still hangs in the balance. As for the visitors, Sergio Ramos, Marcelo, and Isco are having various physical problems, while Gareth Bale should start the game from the bench due to an ankle injury. 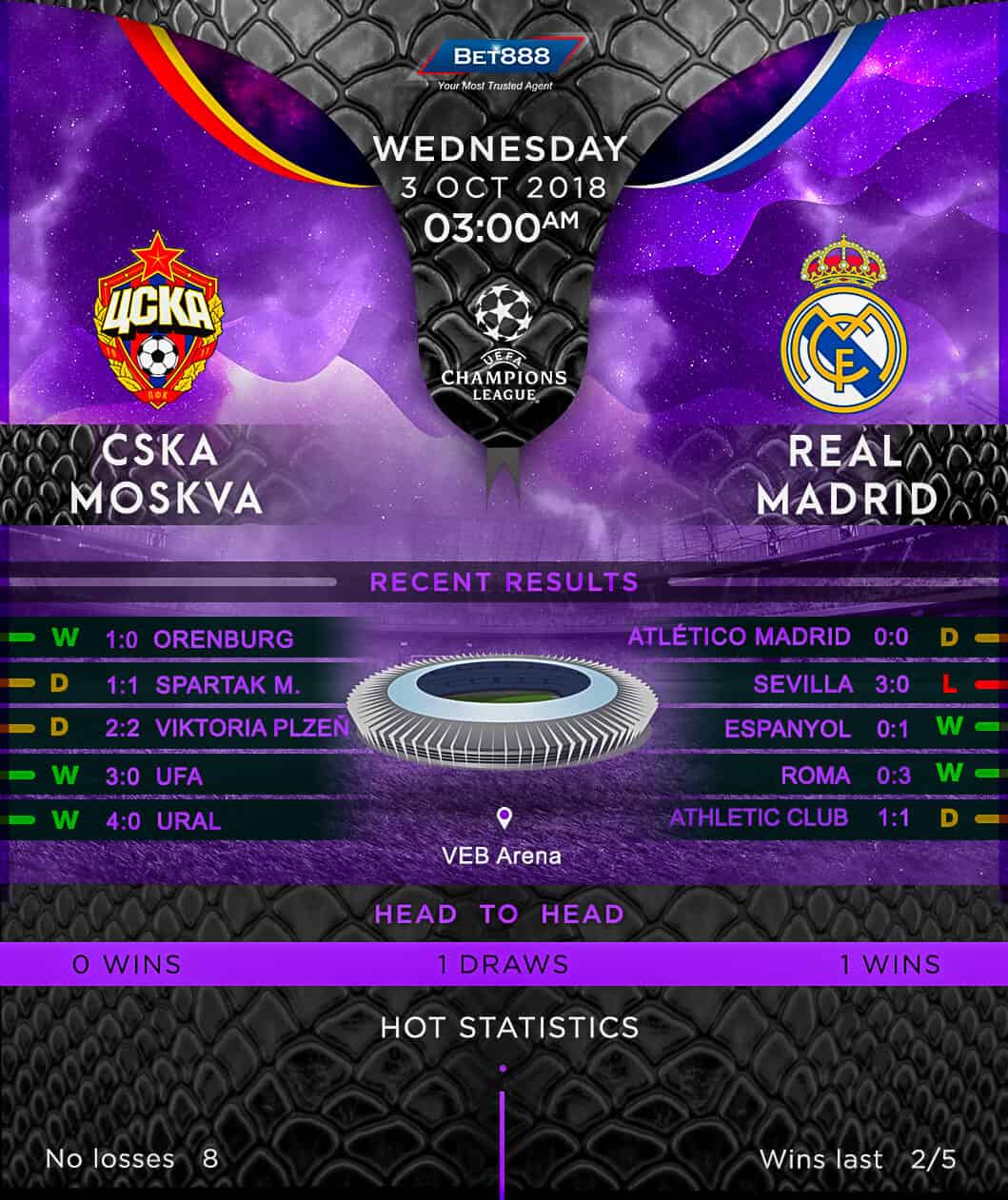