Crystal Palace and Tottenham Hotspur are set to face-off against each other at the Selhurst Park, as the hosts hope to end a disastrous 5-game home winless run in the Premier League.

In addition to Southampton, the Glaziers are the only side in the English top flight that is yet to clinch a triumph in front of the home crowd, having suffered three defeats while being held to two draws in the process. Roy Hodgson is desperate to see his team stepping up their game, considering they’ve lost four out of the previous five league encounters, including the one against Chelsea last weekend. Although the Eagles allow an average of 1.45 goals per match, they’ve only kept a clean sheet three times in the opening eleven fixtures. On the other hand, the London-based outfit have immense attacking problems, as they score an average of 0.73 goals per game, having failed to find the back of the net on five occasions.

As for the visitors, they currently sit in the 4th place with a 5-point deficit to Manchester City. With a record of eight wins and three draws, the Spurs are the only team in the Premier League that haven’t played out a single draw since the start of the season. However, Mauricio Pochettino’s players have collected more points on the road than any other English side, having secured six victories away from home. With 14 goals scored, Tottenham have the best road goalscoring record in the English top flight, as they’ve notched a brace in five out of seven road clashes. A 64% of Tottenham’s league matches have ended with three or more goals, with Spurs failing to bag a goal just once this year. 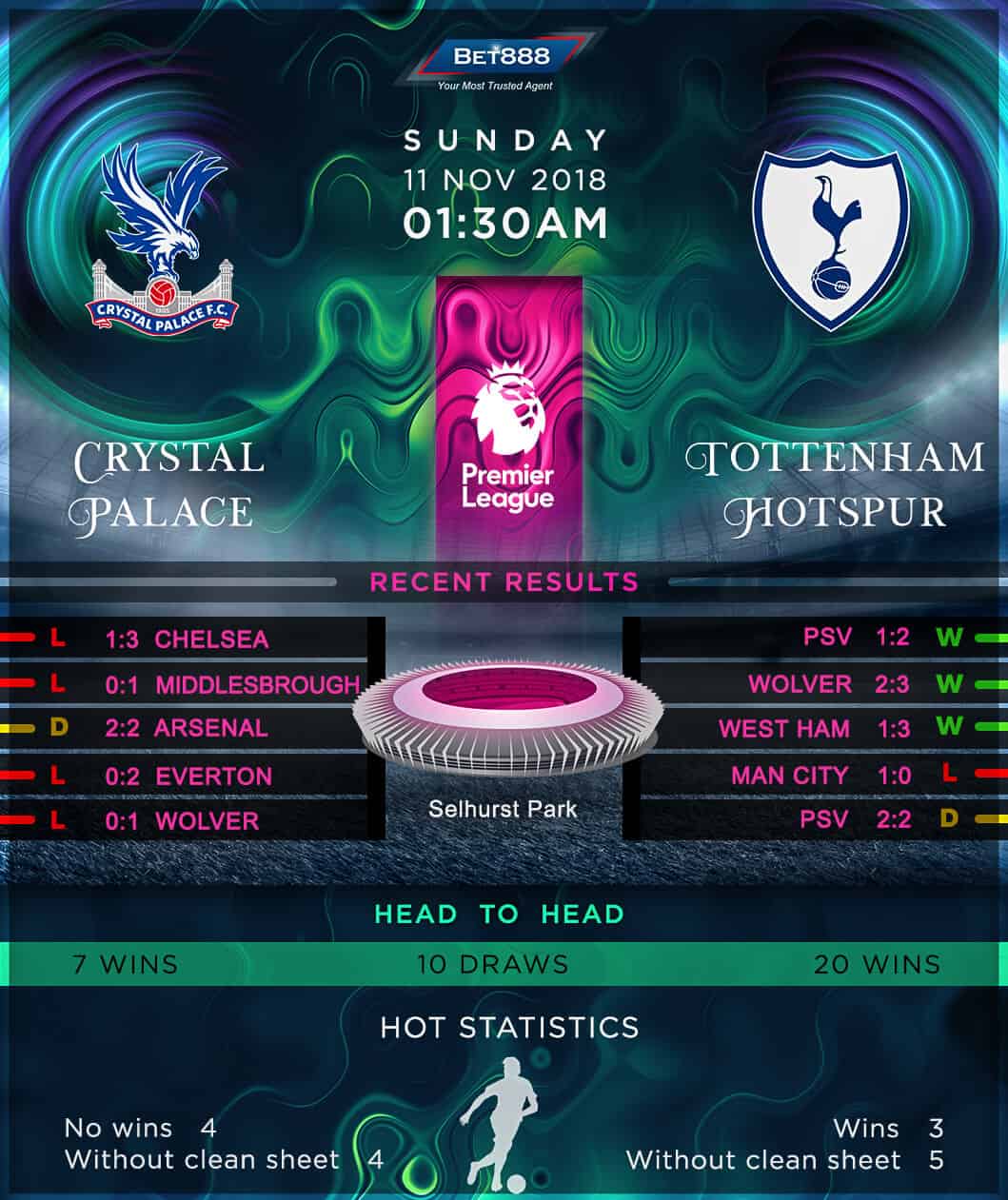