At the Rajko Mitic Stadium in Belgrade, Crvena Zvezda Belgrade will host the Austrian giants Red Bull Salzburg in the first leg of the Champions League playoff round, hoping to make a decisive step towards fulfilling their dreams of taking part in the most prestigious club competition in Europe, 27 years after winning it. The Red-Whites have already eliminated two teams on their road to Europe, defeating the Lithuanian side Suduva 5-0 on aggregate, after which they outscored Spartak Trnava. On the other hand, the Red Bulls, who are dominating the Austrian Bundesliga with four wins achieved in the first four rounds, had no troubles against the Macedonians Shkendija, whom they have demolished 4-0 on aggregate in the last qualifying round. Considering both sides play an attacking-minded football, this two-legged encounter might produce a lot of goals. And although the quality is on Salzburg’s side, the Serbian team will enter the game fully motivated, as they crave for their first Champions League appearance since 1992.

According to the latest reports, Dejan Milojevic will have all of his players fit and ready for the big showdown, including Nikola Stojiljkovic, who managed to overcome some physical problems that tormented him over the last couple of weeks. As for the visitors, Marco Rose won’t have Patrick Farkas, Philipp Kohn, and Fredrik Gulbrandsen at his disposal, as all of them are struggling with injuries. 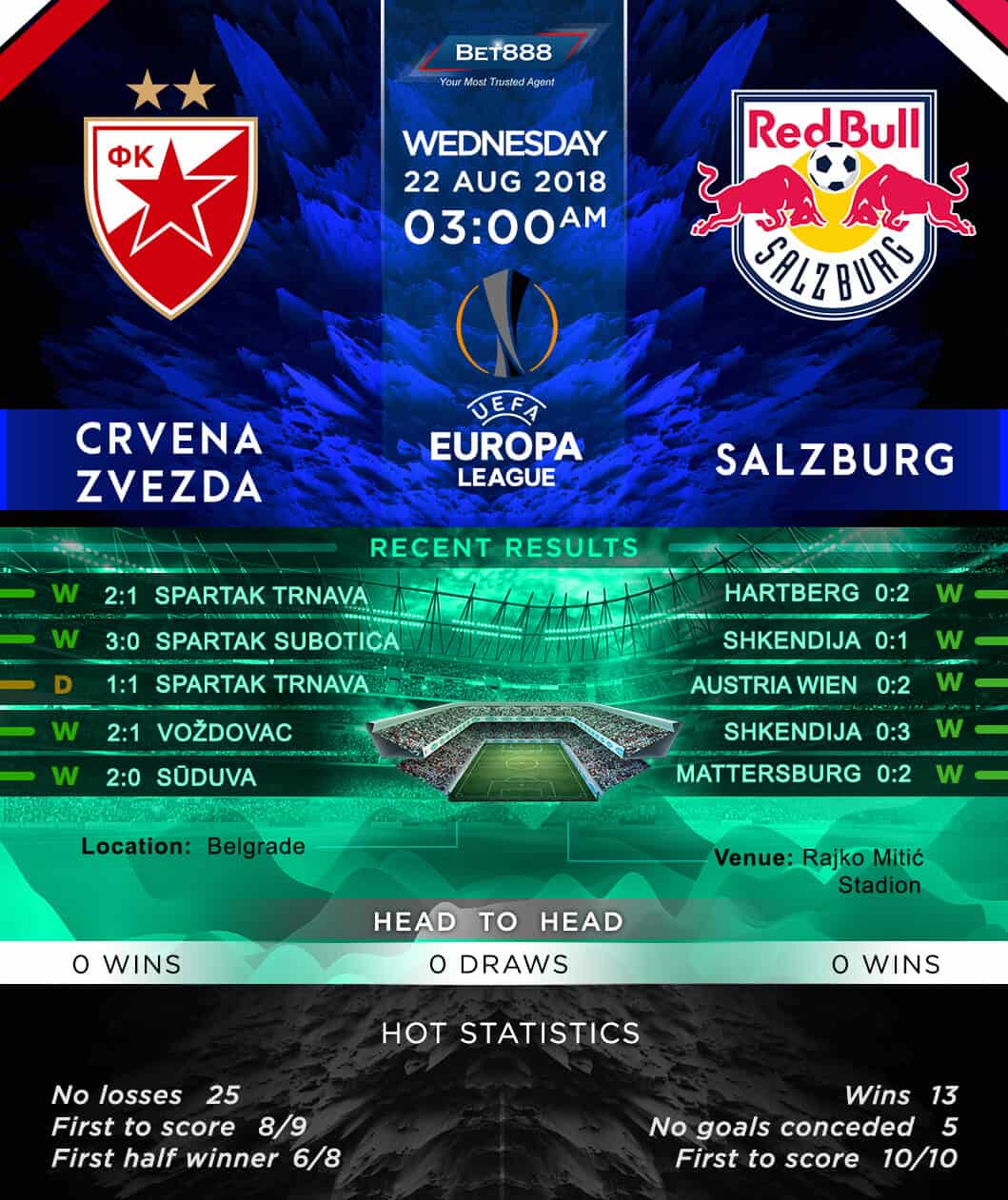