Crvena Zvezda will take on Liverpool at the Rajko Mitic Stadium in Belgrade, hoping to avoid another Champions League humiliation.

Although the Red-Whites started their European adventure with an encouraging 0-0 draw with Napoli at home, they’ve miserably failed in the subsequent two encounters. The reigning Serbian champions have been outclassed by the Reds at Anfield 4-0 following a humiliating 6-1 defeat to Paris Saint-Germain in France. With ten goals conceded, Vladan Milojevic’s players currently have the worst defensive record in Europe although it’s fair to say they are arguably one of the weakest sides to perform in Champions League this year.

On the other hand, the Merseysiders have started their European adventure off on the right foot, having defeated PSG at home by three goals to two. However, Jurgen Klopp’s players have failed to maintain the same level of performance against Napoli at the Stadio San Paolo, allowing the Italian team to walk away with all three points in the final minutes of the encounter. Still, the Premier League giants are in a good position to advance to the knockout stage, as they currently top Group C, as the only team to clinch two wins. Moreover, Liverpool are undefeated in the previous five matches across all competitions, having secure three triumphs while being held to two draws in the process. 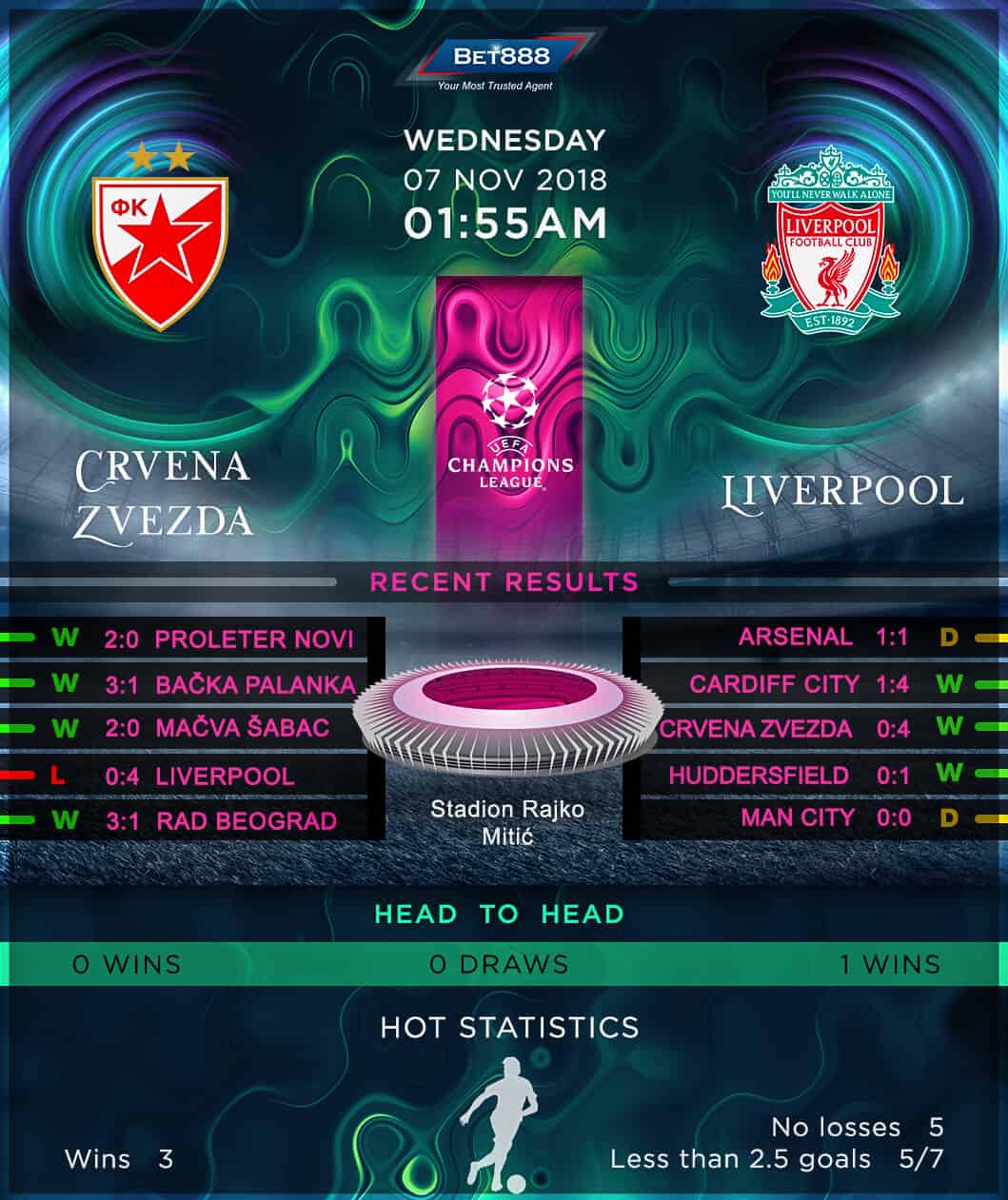