Croatia will host Spain at the Stadion Maksimir in Zagreb, hoping to take revenge on a humiliating 6-0 defeat in Elche two months ago.

After miraculous displays at the World Cup where they’ve finished 2nd in spite of the odds, the Blazers have struggled to perform at the same level in the following period. Not only they’ve lost to Spain, but also barely dodged a defeat against England at home, mainly thanks to some outstanding saves by Livakovic. With a record of one draw and one loss, the 2018 FIFA World Cup runners-up currently sit at the bottom of the UEFA Nations League Group A/4. Moreover, apart from a 2-1 win over Jordan in a friendly meeting, Zlatko Dalic’s players were held to a 1-1 draw to Portugal, which was the 8th time in the previous nine games, they’ve failed to keep a clean sheet.

On the other hand, Luis Enrique who took charge of the national team following a World Cup disaster managed to revive the squad during his 3-month tutelage. Before a 3-2 home defeat to England in the return leg, the Red Fury have clinched three straight wins, including the one over Three Lions at Wembley. Additionally, the 2010 FIFA Wolrd Cup champions have demolished Wales in a friendly match by four goals to one. Under Luis Enrique, Spain have notched 14 goals in 4 games, having scored at least two goals in each encounter. However, they’ve only kept a clean sheet once since returning from Russia, having conceded five goals in the process. 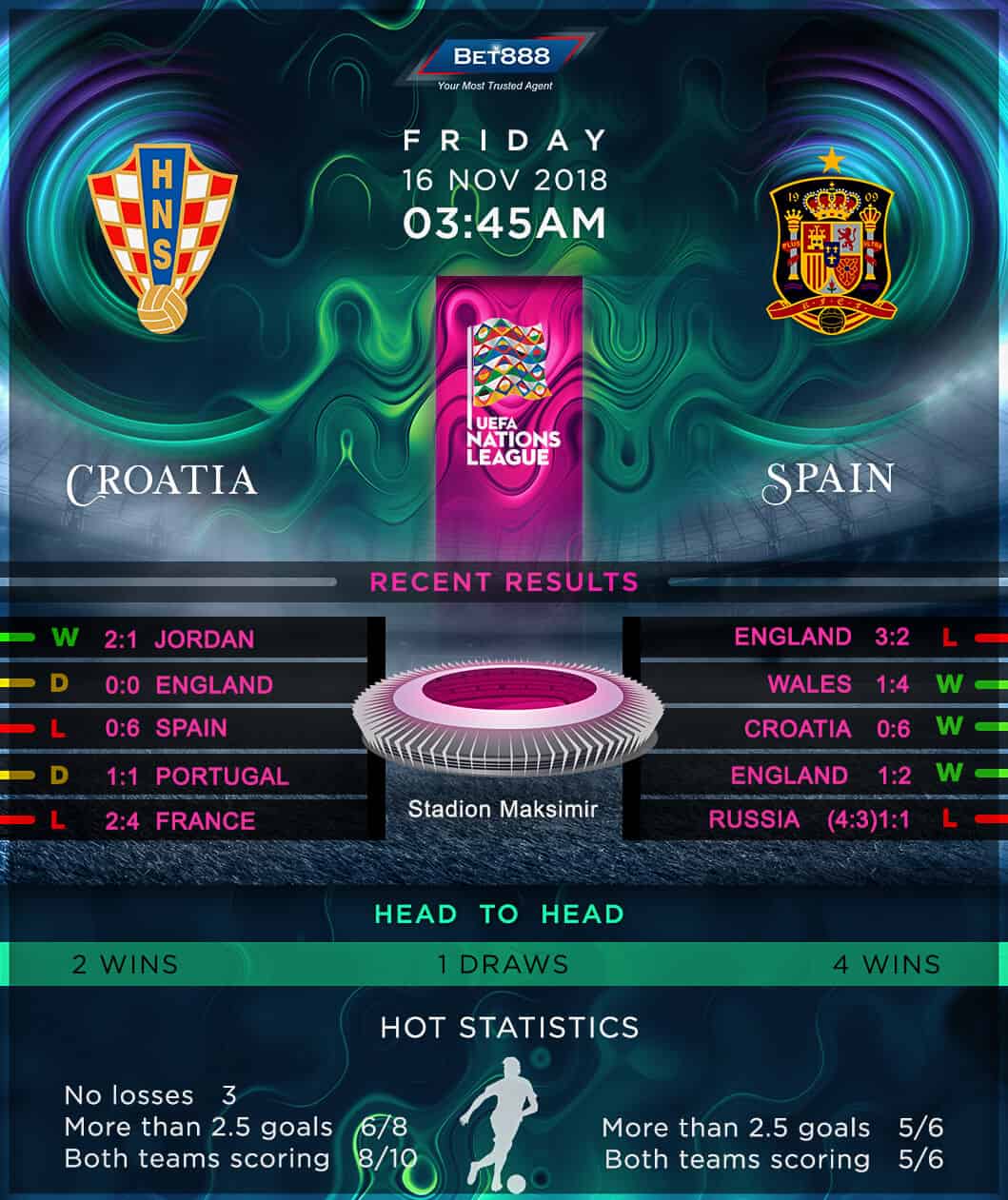