It will be the second consecutive World Cup final tournament where Croatia had to face off against some African side in the group stage, as Nigeria, who comfortably topped their respective qualifying group without a single defeat, are prepared to meet the Blazers at the Kaliningrad Stadium in Kaliningrad. After finishing second in their qualifying group, behind Iceland, Zlatko Dalic’s team had to take on Greece in the UEFA two-legged play-off round, eliminating the Ethniki 4-1 on aggregate, thus managing to qualify for the final competition for the second time in a row. Croatia defeated Senegal in their last warm-up match ahead of a trip to Russia, which was only the first time they played against an African team since the 2014 World Cup match against Cameroon. As for Nigeria, they are going through an awful period, considering the Super Eagles lost four out of their previous five international friendlies, only managing to pull off a 1-1 draw against DR Congo, and Gernot Rohr seems desperate to boost his squad morale ahead of their first match of the tournament.

Arguably one of the top midfield departments at the World Cup, the Croatian stars, Luka Modric, Mateo Kovacic, Ivan Rakitic, and Ivan Perisic should be the ones to feed Mario Mandzukic and Nikola Kalinic in the final third. On the other hand, Odion Ighalo, Victor Moses, Ahmed Musa, Wilfred Ndidi, and Alex Iwobi might all start from the first minute alongside the team’s skipper, John Obi Mikel. 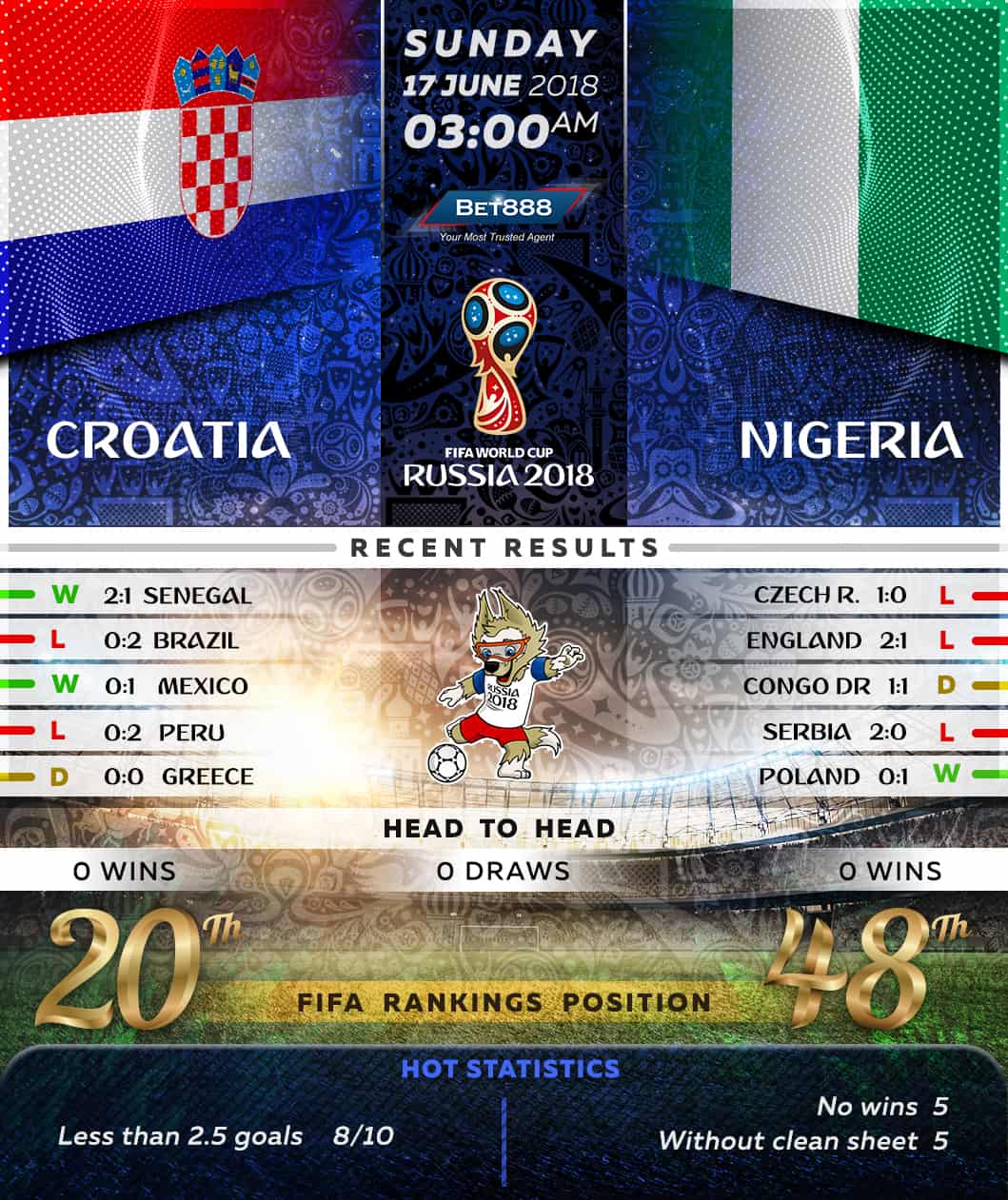