The first historical duel between Croatia and Jordan will take place at the Stadion HNK Rijeka, with the hosts hoping to end a 4-game winless streak.

After a devastating 4-2 defeat to France in the World Cup Final, the Blazers have played out two draws, with Portugal and England, while suffering a humiliating 6-0 defeat to Spain in the UEFA Nations League opener. Zlatko Dalic is desperate to see his players reacting to a negative period, especially as they are going to face the team who failed to score a goal in the past three matches.

Meanwhile, the Chivalrous have been held to two successive scoreless draws against Oman and Albania following a narrow 1-0 loss to Lebanon. However, before starting a weak streak, the Asian side registered three wins out of four matches, including a stunning 3-2 victory over Denmark in an international friendly back in January.
Nonetheless, the difference between the two is huge, considering Croatia are currently 4th-ranked by FIFA while Jordan occupy the 110th place on the list.

Both Inter Milan stars, Sime Vrsaljko and Marcelo Brozovic won’t be playing for the hosts, as well as, Lovre Kalinic and the recently retired Mario Mandzukic. As for the visitors, Vital Borkelmans won’t have a single player performing on Europe soil, with almost his entire squad playing in Vietnam and Cambodia. 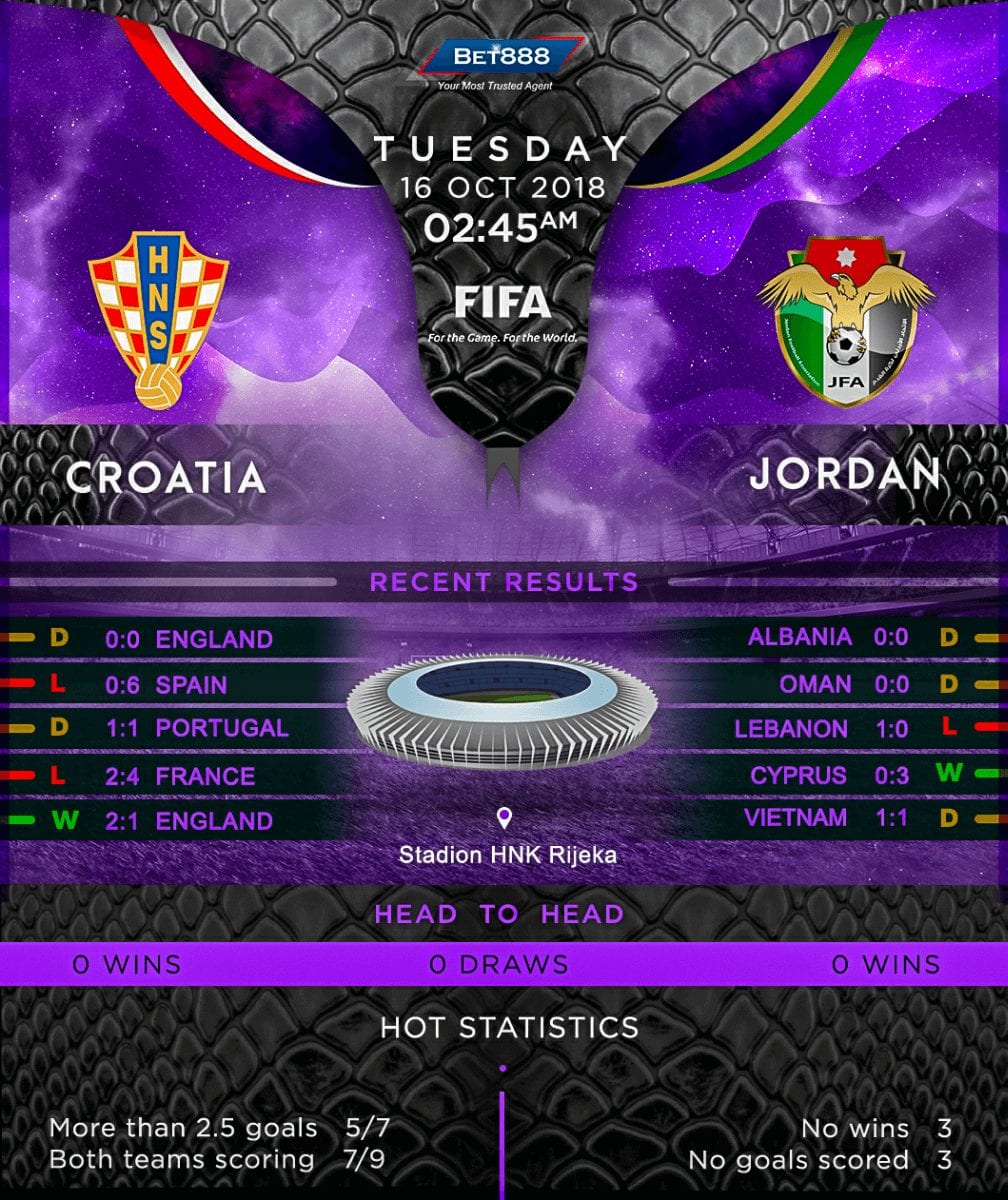