Croatia and England are destined to face-off against each other in the UEFA Nations League battle, with the match scheduled to take place at the Stadium HNK Rijeka.

After a remarkable World Cup success, where they’ve finished runners-up following a 4-2 defeat to France in the big final, the Blazers have dropped in form notably, having suffered a humiliating 6-0 loss to Spain in the UEFA Nations League opener. Additionally, Zlatko Dalic’s side failed to beat Portugal in a friendly challenge although they’ve snatched a 1-1 draw after coming back from a goal down. The Chequered Ones hopes to replicate the World Cup performance that enabled them to beat England 2-1 in the semi-finals after extra-time, but it will be far from simple considering they are going to play in front of empty stands.

The visitors have also failed against Spain on the UEFA Nations League opening matchday, having lost 2-1 to the Red Fury at Wembley Stadium in London, after which they pulled off a narrow 1-0 triumph over Switzerland in a friendly encounter. Although the Three Lions demonstrated some encouraging displays during the World Cup group stage, where they’ve demolished Panama by six goals to one, it seemed that Gareth Southgate’s team lacked continuity and focus in the later stage of the tournament, which ultimately cost them dearly in the final phase.

The Inter Milan pair Sime Vrsaljko and Marcelo Brozovic, as well as, the first-choice goalkeeper Lovre Kalinic won’t be available due to injuries, while Mario Mandzukic already announced his retirement from the national team. As for the visitors, Borussia Dortmund prodigy Jadon Sancho has earned his first international call-up, as well as, Chelsea loanee Mason Mount and Leicester’s James Maddison, with Ben Chilwell promoted from the U21s to replace the injured Luke Shaw. 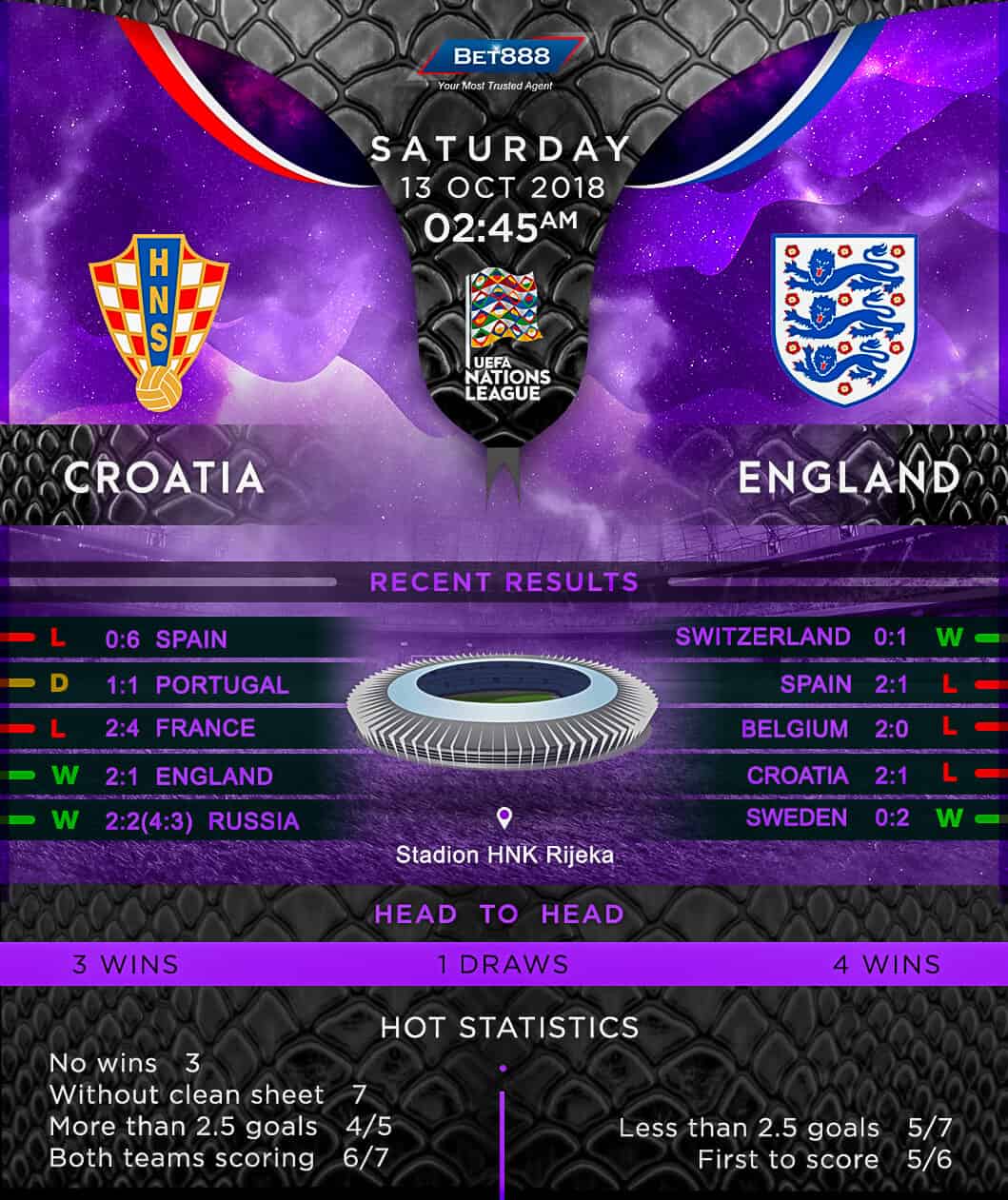