It will be the third time in history Serbia will appear at the World Cup as an independent nation, as they are set to face off against the greatest sensation of the 2014 FIFA World Cup in Brazil, Costa Rica. The Eagles have finished top of their respective qualifying group, ahead of Austria and the Republic of Ireland, who eventually failed to qualify for the final tournament. However, in 2018, the team from the Balkans dropped in from notably, losing two out of four international friendlies, to Morocco and Chile that missed their best players. The only two wins Serbia achieved in this year were against Nigeria and a pretty exposed Bolivian team. The same goes for Costa Rica, who despite managing to advance to the World Cup finals, failed to demonstrate quality and desire, especially against England and Belgium. Both European sides completely outplayed Los Ticos, who only succeeded to score one goal, while conceded six.

Costa Rica and Serbia had never played against each other at some international tournament,neithertheymet in a friendly match.

One of the hottest prospects in European football, Sergej Milinkovic-Savic should hold down Serbia’s midfield alongside the likes of Nemanja Matic and Luka Milivojevic, who both play in the Premier League. As for the North American team, although they lack top-quality players, Real Madrid goalkeeper, Keylor Navas, and Bryan Ruiz of Sporting Lisbon shall be the key players in Óscar Ramírez’s squad. 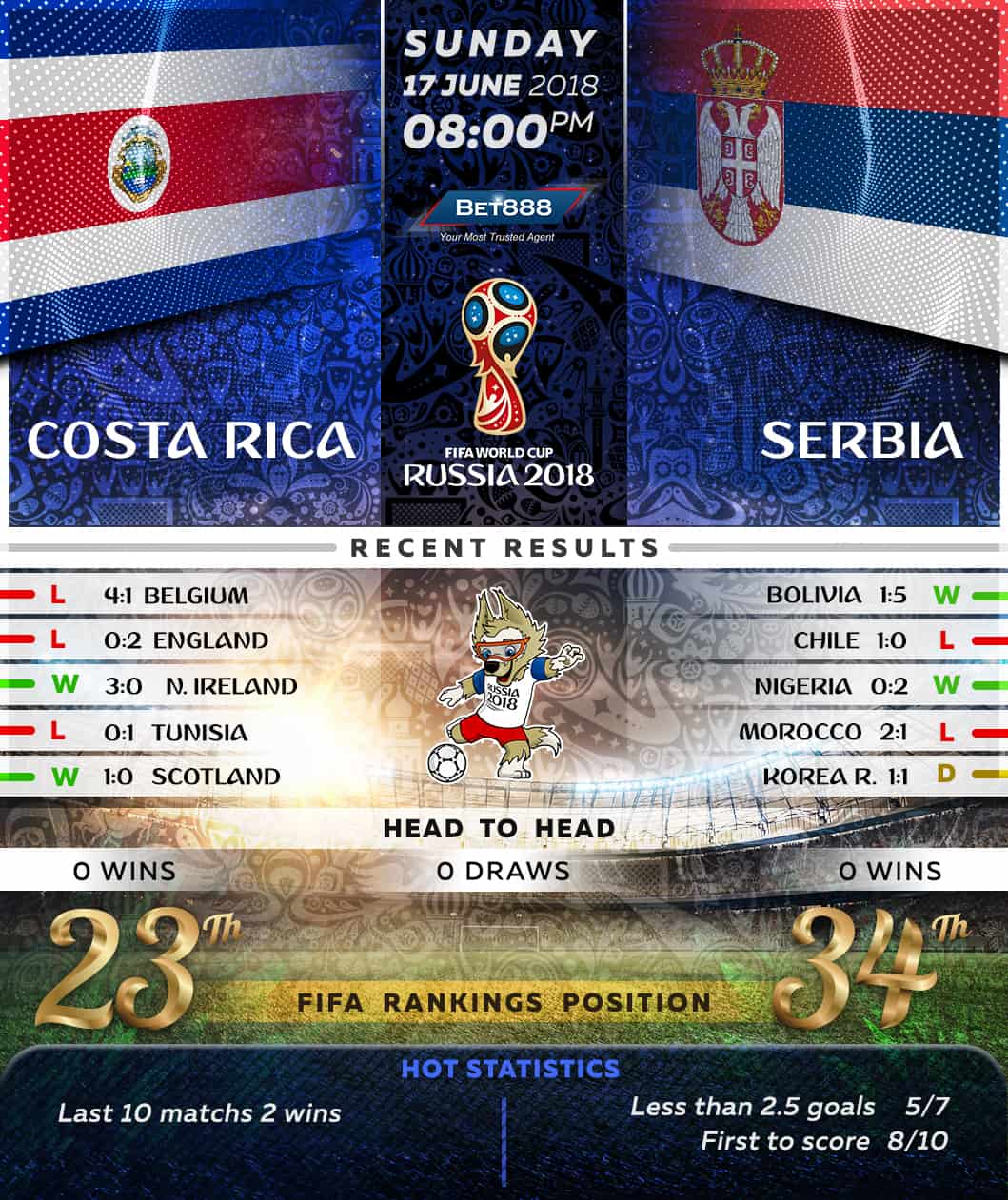