At the MetLife Stadium in East Rutherford, Colombia and Argentina will meet each other in a friendly encounter, with the former seeking their first triumph over the 2-time world champions since 2007.

Los Cafetero shave started a new cycle under Arturo Reyes, who replaced José Pékerman on the bench after the World Cup, with a tight 2-1 victory over Venezuela in a friendly match. Although La Tricolor managed to go past the group stage in Russia thanks to two wins over Poland and Senegal, they still had to pack their bags in the first round of the knockout stage following a penalty-shoot-out elimination by England.

La Albiceleste interim coach Lionel Scaloni has debuted with a comfortable 3-0 win over Guatemala that saw Giovanni Simeone scoring his premier goal in the national team. After another failure at the major international tournament, Messi has decided to retire from the national team, leaving a huge gap in the final third. Now, it’s up to some new faces to help the South American giants return to the top of world’s football, and a showdown against Colombia will be their first serious test. A routine triumph over La Azul y Blanco a few days ago will boost the confidence in the dressing room, but there’s still plenty of work to do. 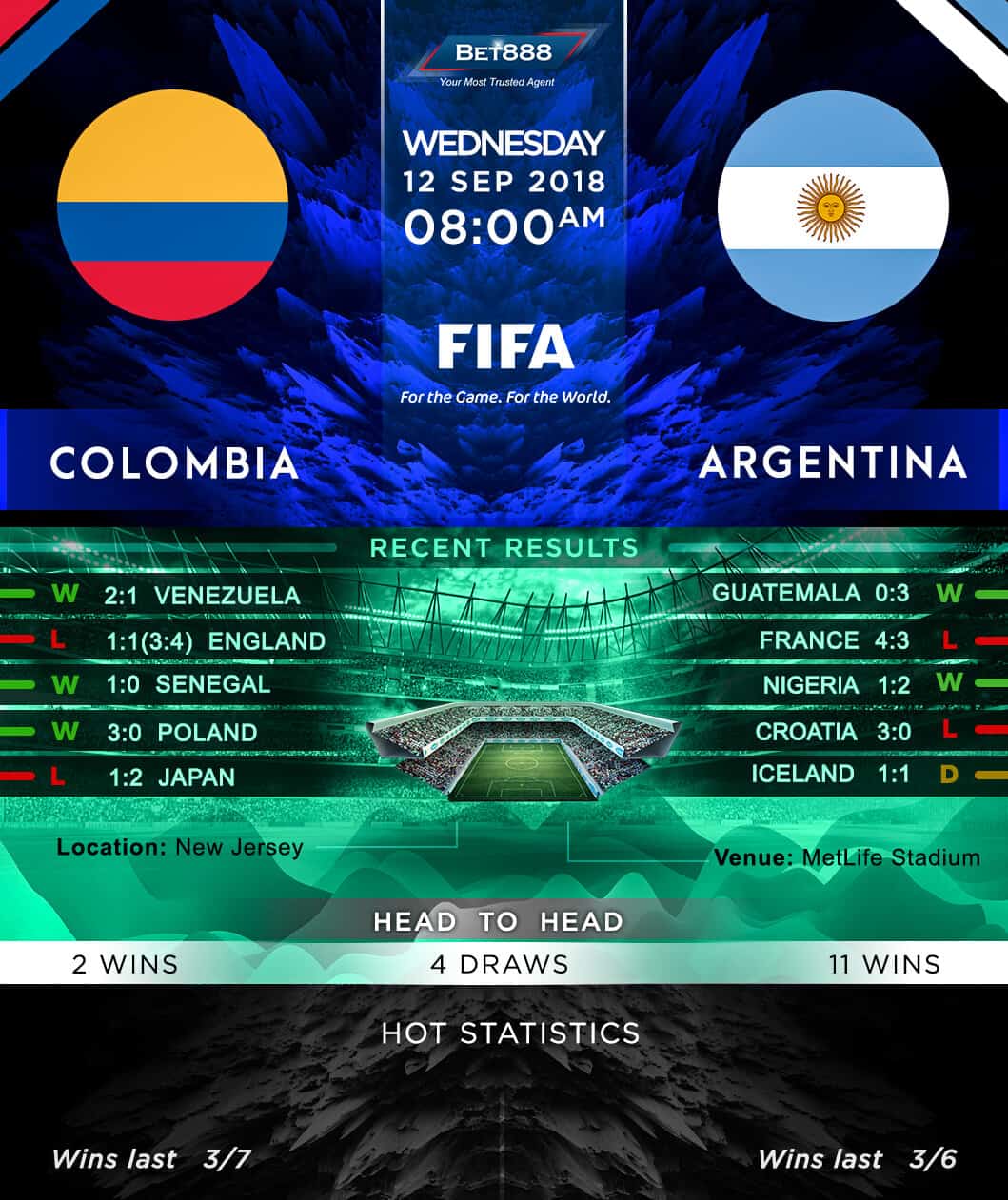