After a promising 3-0 win over Deportivo Alaves in La Liga, Atletico Madrid will now head to Belgium to take on Club Brugge at the Jan Breydel Stadion in the final fixture of the Champions League group stage.

With a record of four wins and one loss, Los Colchoneros currently top Group A with a two-point lead over Borussia Dortmund. However, considering the Germans are going to face the struggling Monaco side, La Liga giants will probably have to achieve all three points to remain on the top. Known for their aggressive defensive maneuvers, the fact that Atletico Madrid conceded six goals in their opening three Champions League matches worried Diego Simeone. However, his backline has managed to step up their game and keep a clean sheet in their last two Champions League outings. Unbeaten in their last ten competitive encounters, the visitors are huge favorites to win this battle, especially considering the fact they have won five out of the previous seven matches across all competitions.

Ivan Leko’s players have managed just one win in their opening five Champions League games, and it was on the road against Monaco, as they’ve lost 1-0 to Borussia Dortmund and played out a 1-1 draw with Monaco at home. However, the 4-0 demolition of French outfit was enough for the current Belgian title holders to wrap up the third place in this group. Having already secured their place in the Europa League, the Blue-Blacks come into this encounter following a disappointing 2-1 loss to Waasland-Beveren in the Belgian First Division A. The hosts are not going through the best of times given they’ve lost three out of their last five competitive meetings, although they dodged a defeat in Dortmund a fortnight ago. 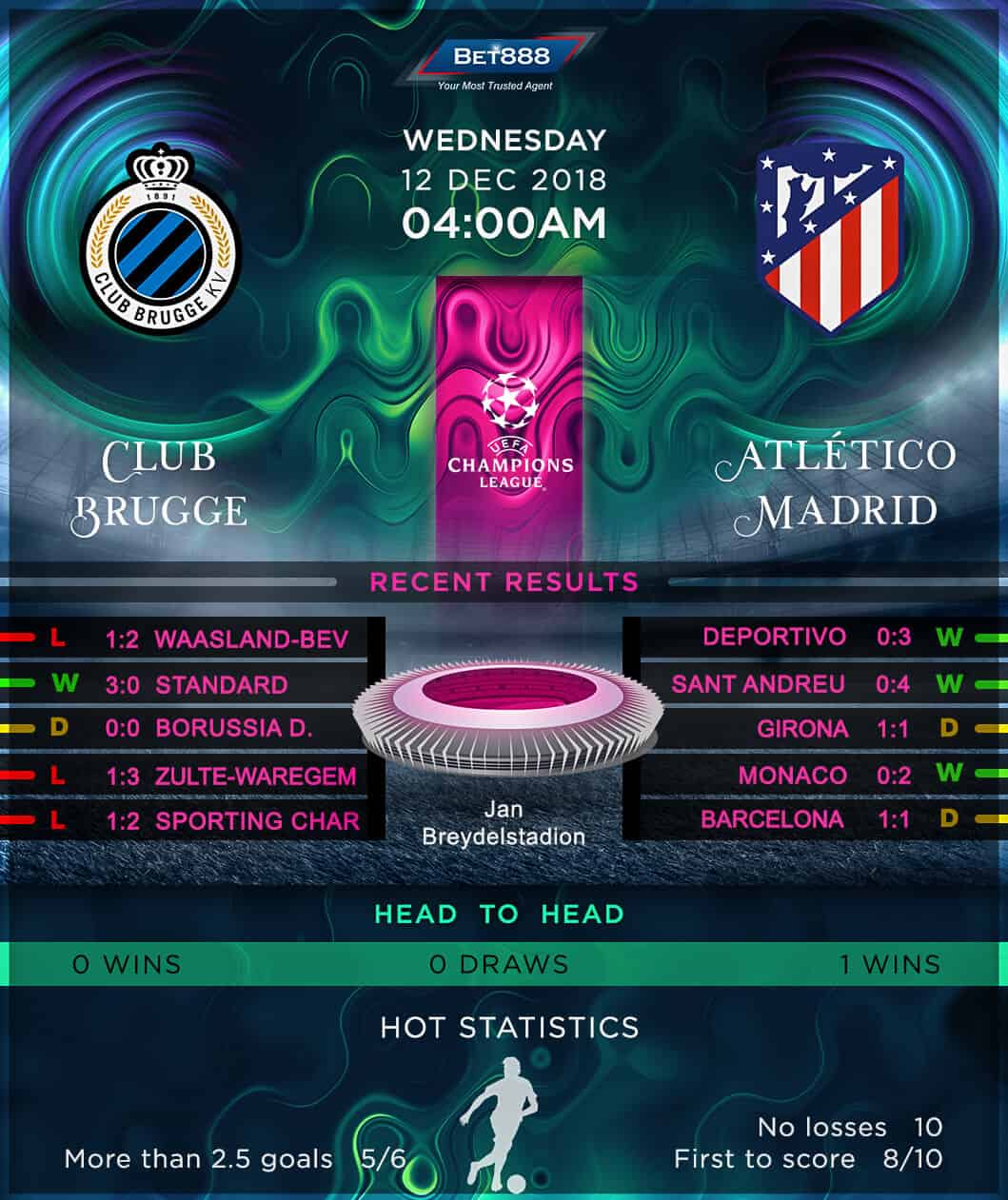