Jan Breydel Stadium is the venue as Club Brugge and Atletico Madrid lock horns in a handsomely-looking Champions League encounter.

Despite starting their second consecutive Champions League group phase campaign as outside favourites to make it to the knockouts for the first time, Club Brugge have defied the odds across the opening two rounds. Following a 1-0 home triumph over Bayer Leverkusen on day one, the reigning Belgium First Division A champions humbled Porto 4-0 on the road to claim the top spot in Group B. But their European credentials are on the line here as they need to play down their underwhelming 18-game form against Spanish adversaries (W1, D7, L10) to stay where they are. Should they do so, Brugge may as well post back-to-back home victories in the Champions League for the first time since 1990 and become only the third-ever Belgian side to win three consecutive games in the competition.

On the other hand, Atletico Madrid started their Group B journey with a dramatic 2-1 home triumph over Porto, with all three goals coming in stoppage time. However, Diego Simeone’s side then succumbed to a disastrous 2-0 defeat at Leverkusen, conceding twice beyond the 80th minute. ‘Los Colchoneros’ are still warm favourites to progress beyond the Champions League group stages for the fifth season on the trot. Yet, their embarrassing European record in Belgium may set the alarm bells, with Atletico failing to land a single win on Belgian soil across their seven previous attempts. Adding to this sentiment, the Spanish heavyweights have won none of their three European visits to Brugge (D1, L2), with their most recent H2H at Jan Breydel ending goalless. 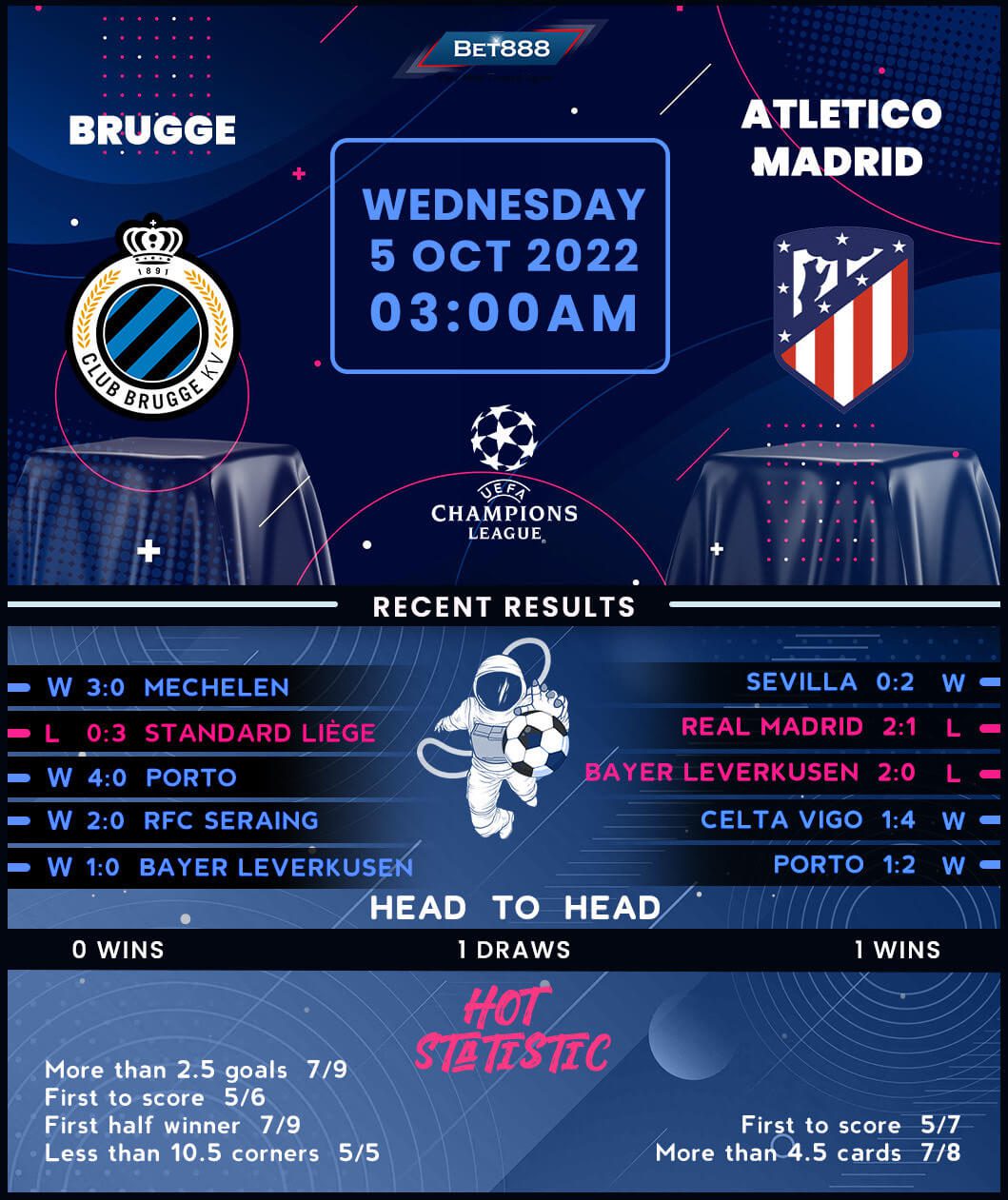