Gabriel Montpied Stadium is the venue as Clermont and Paris Saint-Germain lock horns in their opening 2022/23 Ligue 1 encounter.

Clermont’s maiden Ligue 1 season saw them secure survival by the tiniest of margins, finishing 17th in the table, courtesy of an impressive start to 2021/22. Tipped for another season-long fight against the drop, Pascal Gastien’s men will face an uphill task of extending their top-flight status for another season, especially with four sides set to cross over to Ligue 2 next June. Gastien will have to cope with the loss of star forward Mohamed Bayo, who joined Lille after partaking in 50% of Clermont’s league goals last season. Bayo’s departure will likely undermine the hosts’ bid to defy their disappointing home form that had seen them pick up just one triumph from eight Ligue 1 outings at Gabriel Montpied Stadium at the tail-end of last season (D2, L5).

Paris Saint-Germain’s visit will make things even more awkward for Clermont, with new boss Christophe Galtier thrashing Nantes 4-0 in the French Super Cup showpiece to get his fresh experience off to a flying start. Last season’s Ligue 1 triumph helped Paris draw level with Saint-Etienne as the most successful club in French history with ten titles, meaning this could be a record-breaking season for the visitors. There’s plenty of reason for optimism in the PSG camp, especially after Kylian Mbappe pledged his future to the club. The quicksilver forward will be a focal point to break down Clermont as ‘Les Parisiens’ look to win their Ligue 1 curtain-raiser for the eighth season running. That should be a piece of cake, considering they have netted 4+ goals in all three previous competitive meetings with this opposition (W2, D1). 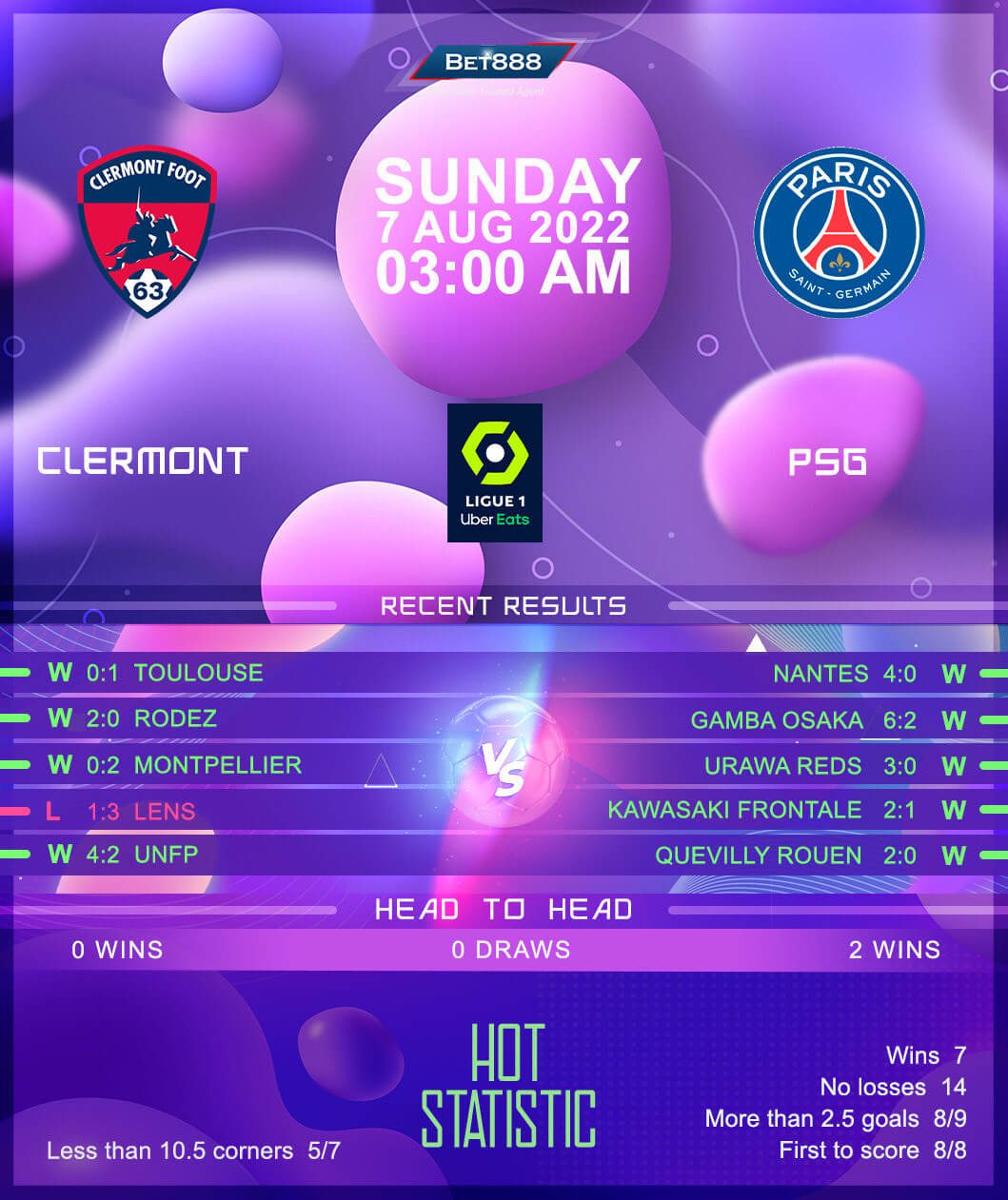