The two struggling sides are set to face each other at the Estadio El Teniente Codelco in Rancagua, with Chile preparing to host Costa Rica in a friendly meeting.

After a couple of years of huge successes under Jorge Sampaoli, La Roja have gone through a nightmarish period, having failed to qualify for the 2018 FIFA World Cup in Russia. Moreover, after the World Cup qualifiers fiasco, the 2-time Copa America winners have featured in eight friendly challenges and managed to clinch a victory on three occasions while playing out three draws and suffering two defeats in the process. During the last international break, Reinaldo Rueda’s players have been outplayed by Peru, to whom they’ve lost 3-0 before beating Mexico by a narrow 1-goal margin. Chile have four clean sheets in the last seven matches, but they’ve failed to find the back of the net three times in that period.

On the other hand, Costa Rica are going through a disastrous spell, as they’ve lost all four friendlies after the World Cup. Even in Russia, the CONCACAF-based side have failed to impress the home fans, having suffered two defeats while playing out one draw in the process. Los Ticos have lost to South Korea, Japan, Mexico, and Colombia in the post-World Cup period, having conceded a total of 11 goals while scoring just three in the process. Furthermore, they’ve lost eight out of the previous ten matches, as their last victory dates back to early June. Gustavo Matosas’ players have allowed a minimum of two goals six times in a row, having failed to keep a clean sheet for nine consecutive games. 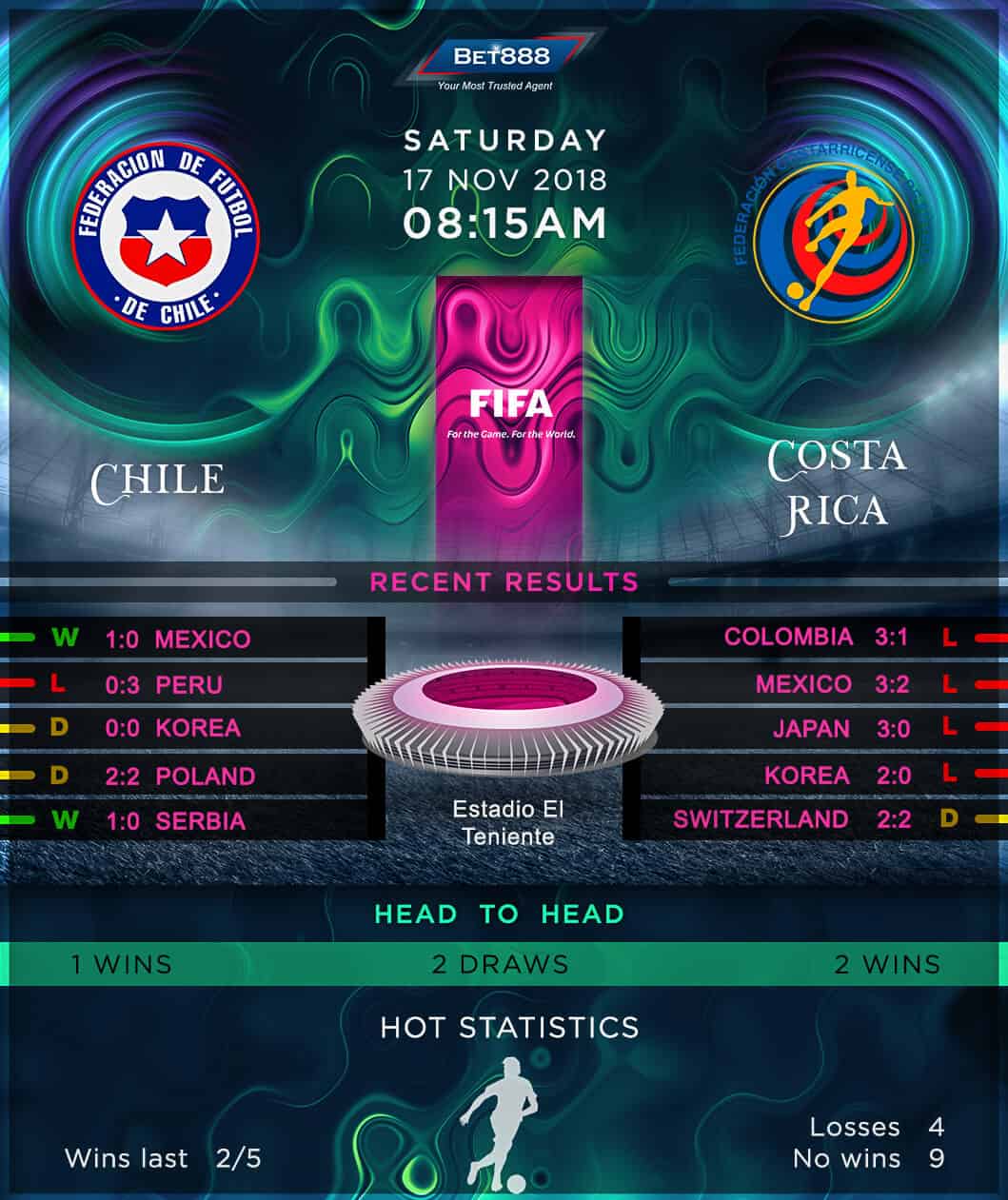