Chelsea and PAOK will face-off at Stamford Bridge in the Europa League Group L, as hosts look to stretch their Europe winning run to five games.

Ahead of this round, Chelsea have already cemented their place in the round of 16, having secured a maximum of 12 points after their opening four Europa League clashes. Three out of their four triumphs came with an identical 1-0 scoreline, except for a 3-1 home win over BATE Borisov. With just one goal conceded so far, the Blues have the best defensive record in Europa League, as they reside the only team to keep a clean sheet three times. However, Maurizio Sarri and his players come into this encounter slightly trembled after suffering their first competitive loss this campaign, with Tottenham Hotspur outplaying them in the Premier League’s derby at the Wembley Stadium.

Meanwhile, the visitors are searching for their second positive outcome in Europe this season, as they have managed just one victory in their first four Europa League games. Apart from a 4-1 road triumph over BATE Borisov, Razvan Lucescu’s men have lost all of their three remaining clashes, without scoring a single goal in the run. Additionally, not only PAOK have failed to keep a clean sheet in all four Europa League matches, but they have also struggled to protect their goal four times in a row before last weekend’s 2-0 win over Xanthi. However, the Greek giants have racked up a promising three-match winning run ahead of this encounter, having notched a minimum of two goals per a game in the process. 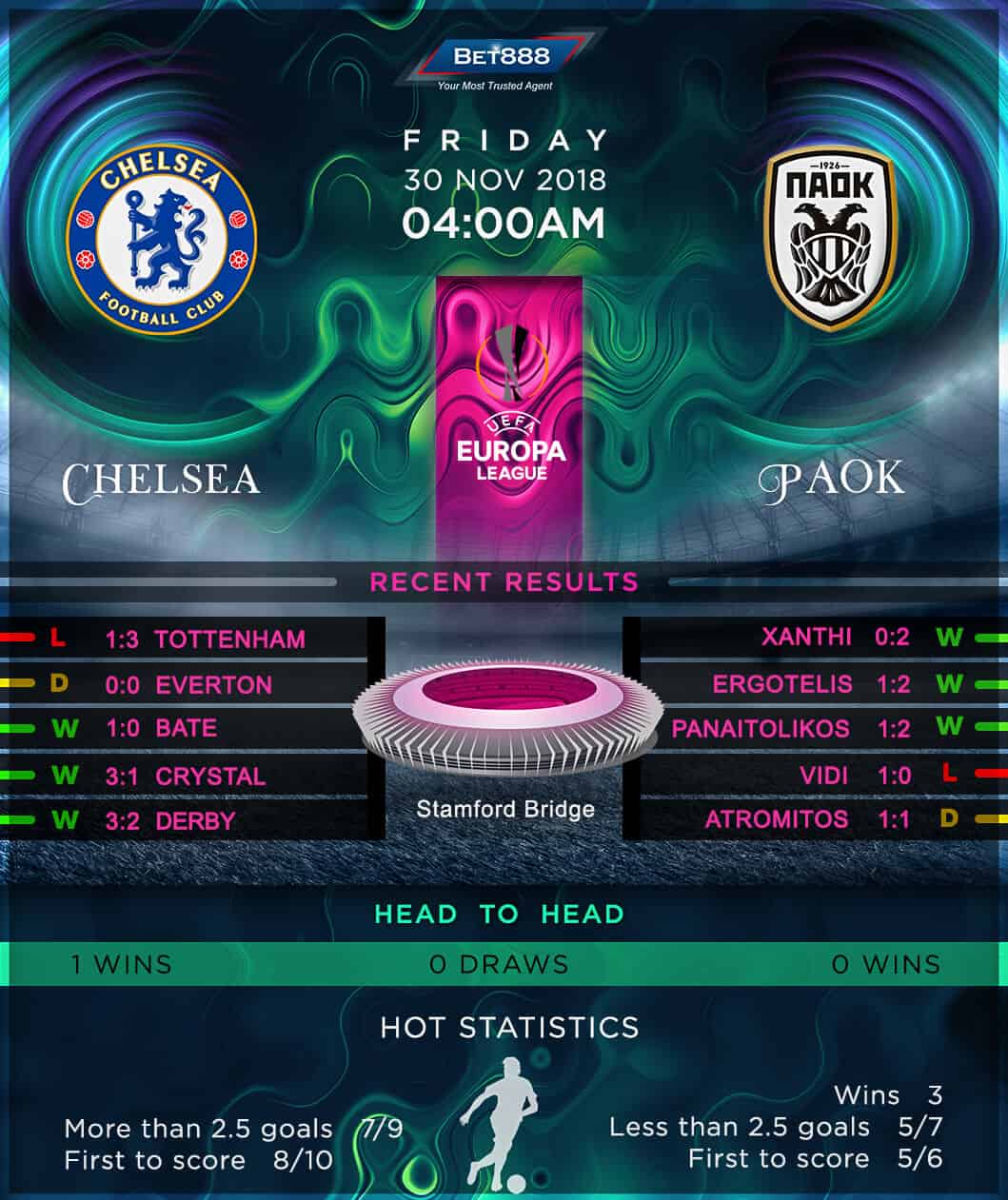