After a narrow 1-0 victory over PAOK in the Europa League opener, Chelsea will be hosting MOL Vidi at the Stamford Bridge, looking to cement the top spot in Group L.

With a record of five wins and two draws, the Blues currently trail Manchester City and Liverpool by two points in the English Premier League, although they had a chance to overthrow the Reds last weekend when Daniel Sturridge scored a stunning late equalizer to deny Eden Hazard’s first-half goal. However, the London side managed to eliminate the Merseysiders in the Carabao Cup last week, thus maintaining a 9-game loseless streak in all competitions. Apart from last weekend’s 1-1 draw, Mauricio Sarri’s teamwon all three home matches so far, defeating Arsenal, Bournemouth, and Cardiff City in the process.

Meanwhile, the Hungarian outfit ended up in the Europa League group stage after suffering a 3-2 aggregate loss to the Greek side AEK Athens in the Champions League play-off two-legged battle. However, on the opening matchday, BATE Borisov stormed through the Groupama Arena in Budapest, securing a comfortable 2-0 triumph.

Marko Nikolic’s team also struggled in the domestic championship so far, as they currently occupy third place with an 8-point deficit to Ferencvaros. Marco van Ginkel, Andreas Christensen, Ruben Loftus-Cheek, and Pedro are experiencing some minor physical problems, and it’s up to Sarri to decide whether to use them this week or not. As for the visitors, Adam Kovacsik is likely to skip the encounter due to a nasty looking head injury, while Szabolcs Huszti won’t be available due to a red card suspension. 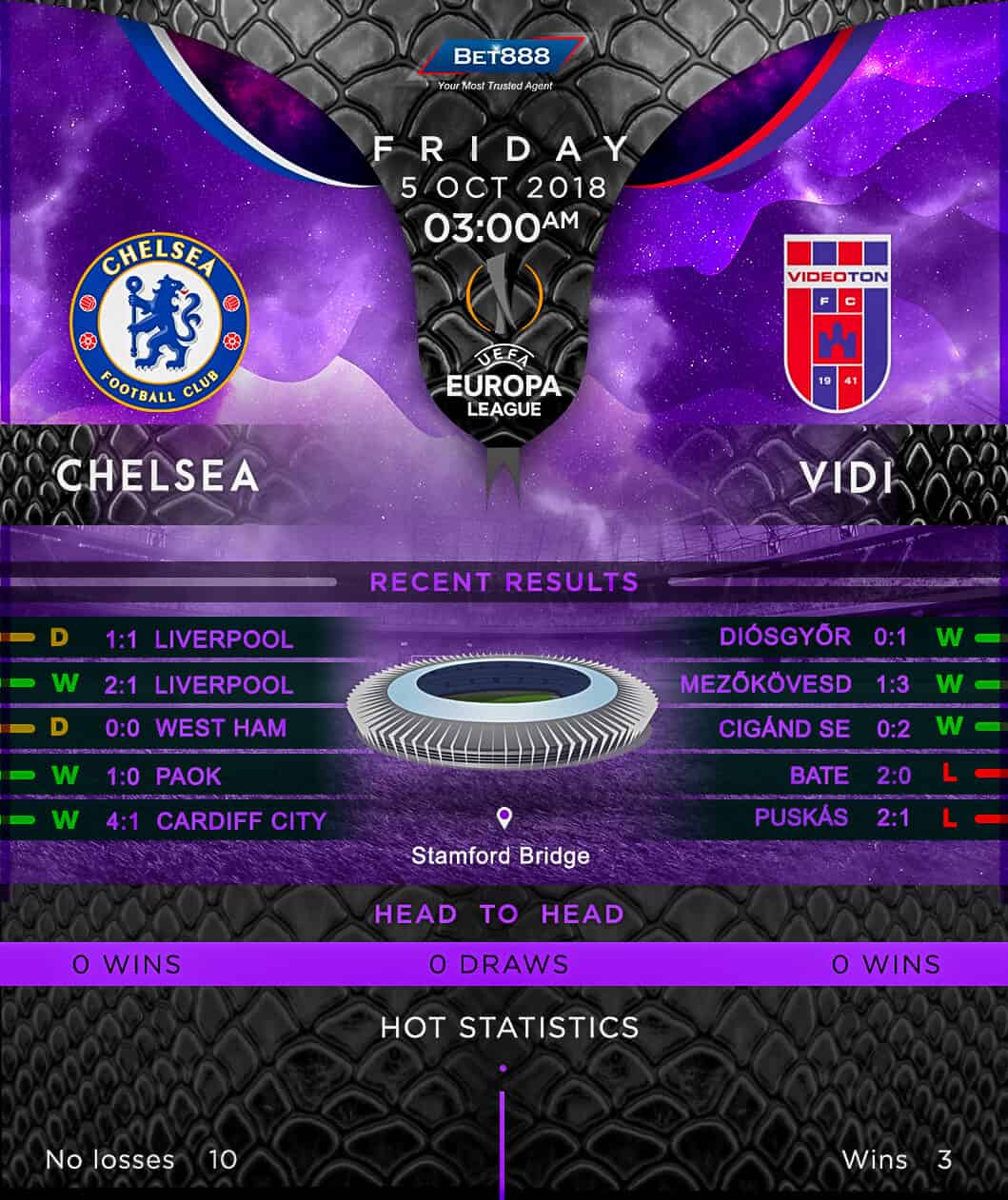