Chelsea and Manchester United are set to face-off against each other at the Stamford Bridge, with the hosts looking to extend an unbeaten run under Maurizio Sarri.

With a record of six wins and two draws and a +13 goal difference, the Blues are currently a second-placed team in the Premier League behind Manchester City, who have a slightly better goalscoring account. The London giants have scored at least two goals in six league clashes, with Arsenal being the only team to exceed their record. Furthermore, Sarri’s side clinched three straight home wins before being held to a 1-1 draw with Liverpool although they’ve failed to keep a clean sheet three times in the process.

On the other hand, the 3-time Champions League winners are going through a tough period, as they trail the leaders by 7 points, having lost three out of eight league matches so far. A 75% of United’s away games ended with three or more goals, with the Red Devils keeping a clean sheet just once in the previous four road encounters. Jose Mourinho’s team notched at least two goals on the road on three different occasions. However, Manchester allowed their opponents to score a total of 14 goals so far, which makes them the third-worst defensive side in the Premier League.

Ethan Ampadu, Antonio Rudiger, and Ruben Loftus-Cheek are ruled out by injuries in the home squad, while Scott McTominay won’t be playing for the visitors. Mourinho, meanwhile, hopes to have Jesse Lingard, Ander Herrera, Marcos Rojo, Luke Shaw, and Nemanja Matic all fit and ready for the big showdown, as all returned to training after having some minor physical problems. 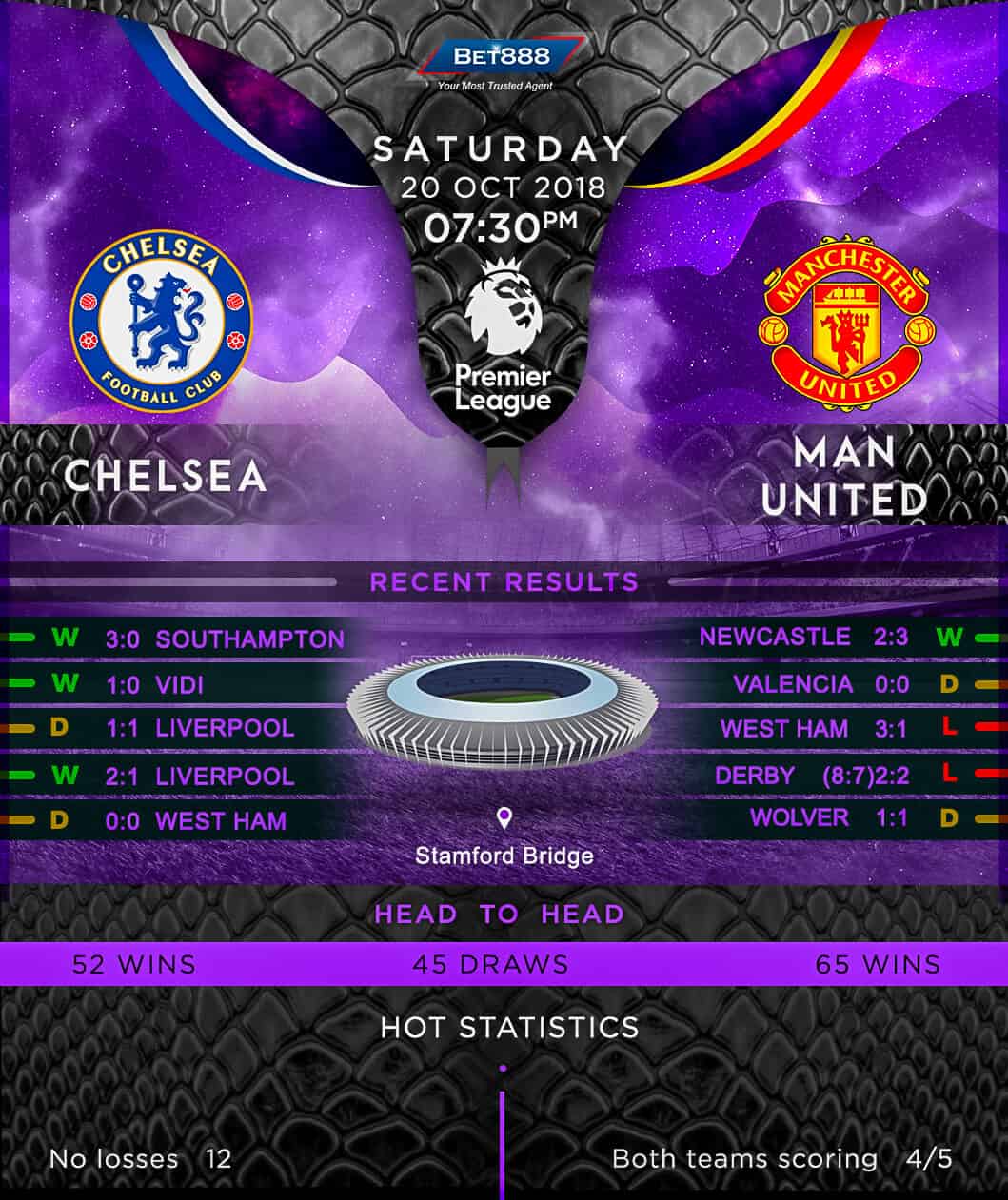