Saturday’s Premier League action has prepared a heavyweight clash between Chelsea and Manchester City, as the Blues look to host the reigning champions to the Stamford Bridge following a disappointing loss to Wolverhampton Wanderers in midweek.

Unbeaten in the opening 12 Premier League matches, the Blues have been breathing down the Citizens’ neck for quite a while. However, a 3-1 loss to Tottenham and midweek’s 2-1 defeat to Wolves have seen them losing momentum ahead of busy December. Although they are yet to suffer a failure at home, the Pensioners have failed to ensure all three points in three out of their last five games at Stamford Bridge, being held to Everton, Manchester United, and Liverpool in the run. Furthermore, Maurizio Sarri will have to find a way to stop Manchester City who stormed through Stamford Bridge in their last two visits to London, which have seen them walking away with two wins and empty nets.

The visitors, meanwhile, look unstoppable this season, as they come into this encounter following a 2-1 road win over Watford. The Citizens top the Premier League table as one of two unbeaten teams and a record of 13 wins and two draws after the opening 15 league meetings. What’s more, Pep Guardiola’s men have racked up three straight away victories after a goalless draw with Liverpool at Anfield, and with just two goals allowed away from Etihad, they have the best defensive record in the English top tier when it comes to the road matches. Man City’s impressive goalscoring form has seen them scoring 14 goals in their last five competitive games, as they stand out the only team to score a minimum of two goals per match in 12 EPL outings thus far. 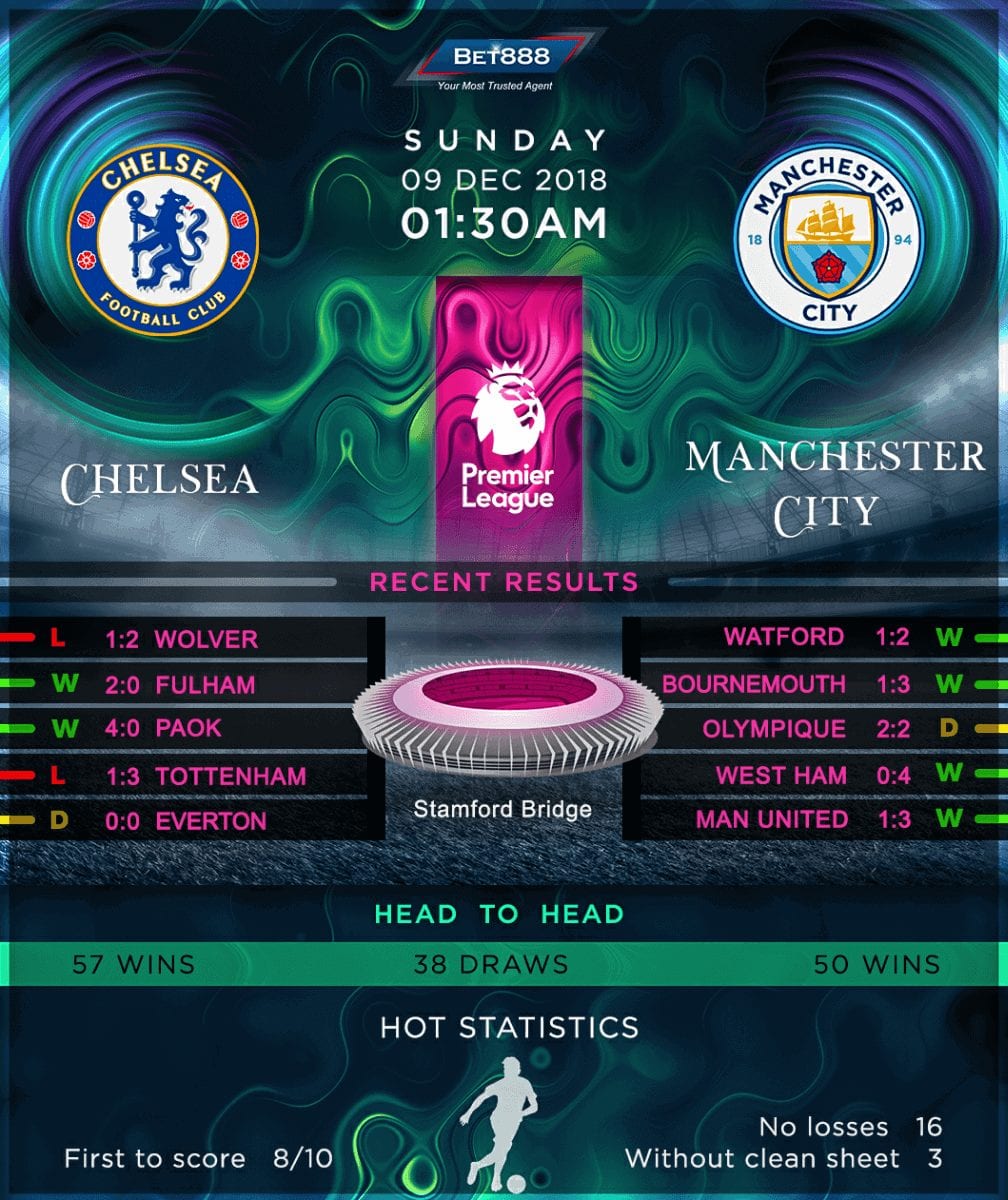