After clinching a tight 2-1 win over Newcastle United on the road, Chelsea will host Bournemouth at the Stamford Bridge, looking to extend their winning streak to four. The Blues have opened the new season with a convincing 3-0 away win over Huddersfield Town, after which they pulled off an encouraging 3-2 win over Arsenal at home thanks to Marcos Alonso’s late goal, thus keeping up the pace with Tottenham Hotspur and Liverpool. After a disappointing season under Antonio Conte where they failed to reach the Champions League football, Mauricio Sarri, who took charge of the team earlier in the summer, looks to make an instant impact and bring Chelsea back where they belong. On the other hand, the Cherries have achieved two straight wins in the opening two fixtures, over Cardiff City and West Ham United, before playing out a 2-2 draw with Everton at home, showing they have the potential to battle for the Europa League promotion. Eddie Howe’s team confirmed outstanding form during the midweek, demolishing Milton Keynes by three goals to nil in the Carabao Cup, and there is plenty of enthusiasm ahead of their trip to London.

According to the latest reports, both managers will have all of their players fit and ready for the match. 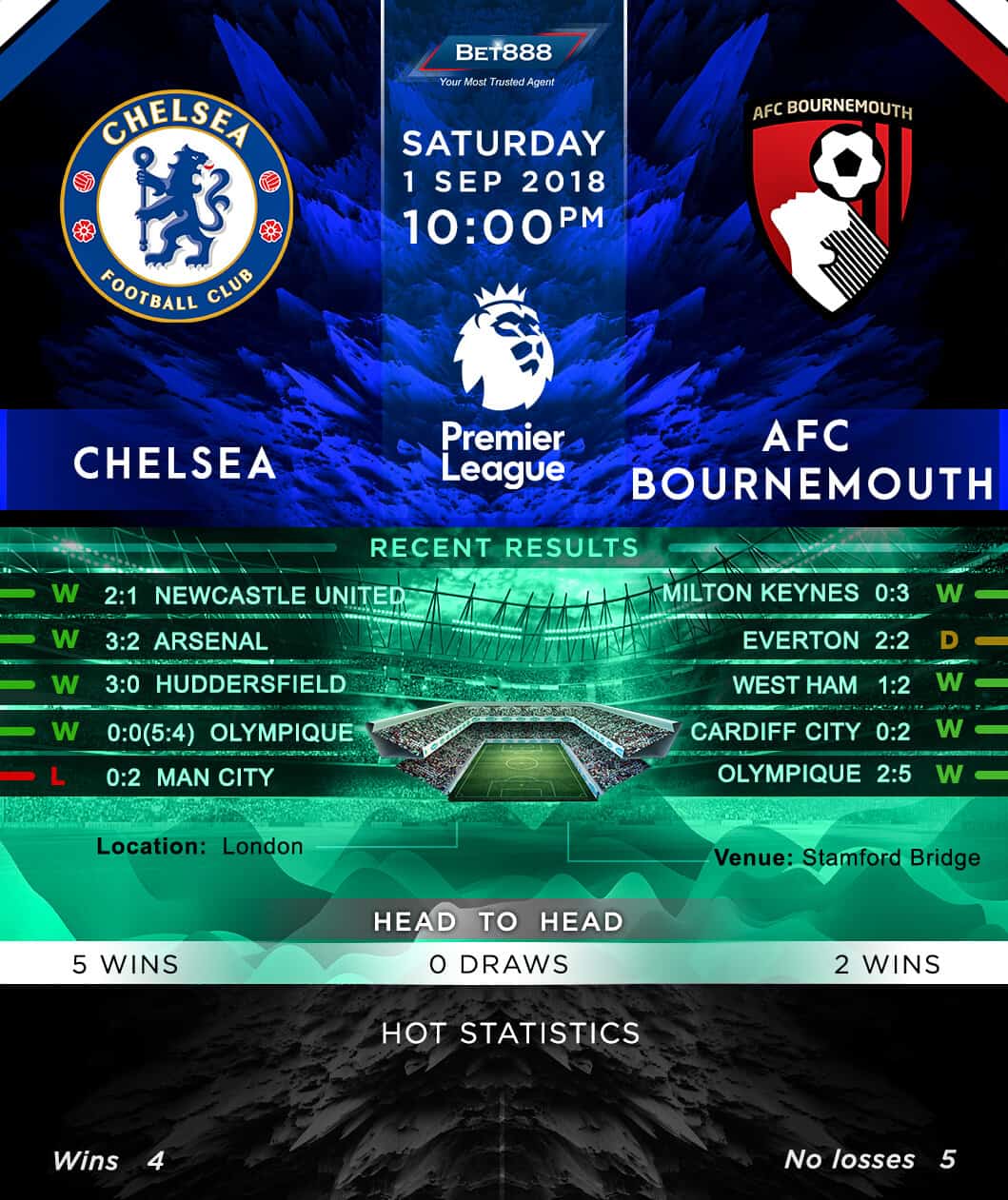