Chelsea will host BATE Boris at Stamford Bridge, looking for all three points that would almost certainly push them towards the Europa League knockout stage.

The Blues are the only team in Group L to secure both victories, as they’ve outclassed PAOK and MOL Vidi in the opening two fixtures. However, the Premier League giants have failed to impress in both of those encounters, having scored one goal apiece against quite weaker rosters. Meanwhile, they currently trail Manchester City and Liverpool by two points in the English top flight, as they are yet to lose a match this year under Maurizio Sarri. The 2017 Premier League champions have featured in a total of six home games so far, registering four triumphs while being held to two draws in the process.

The Belarusian side, on the other hand, opened the Europa League campaign with a 2-0 victory over MOL Vidi on the road, after which they’ve suffered a 4-1 defeat to PAOK at home. The Yellow-Blues, meanwhile, comfortably top the Belarusian Premier League with a 9-point lead over second-placed Soligorsk, as they have 19 wins out of 24 league matches.

Alyaksey Baha’s side won three out of the previous four away games, having kept a clean sheet in all three triumphs. However, BATE’s principal problem in the forthcoming encounter might be their defensive performance, considering they’ve failed to stop their opponents from scoring in the past four meetings in all competitions.

Marco van Ginkel and Ethan Ampadu are struggling with injuries and will have to skip midweek’s showdown, while Vladislav Malkevich and Vladislav Mukhamedov probably won’t play for the visitors. 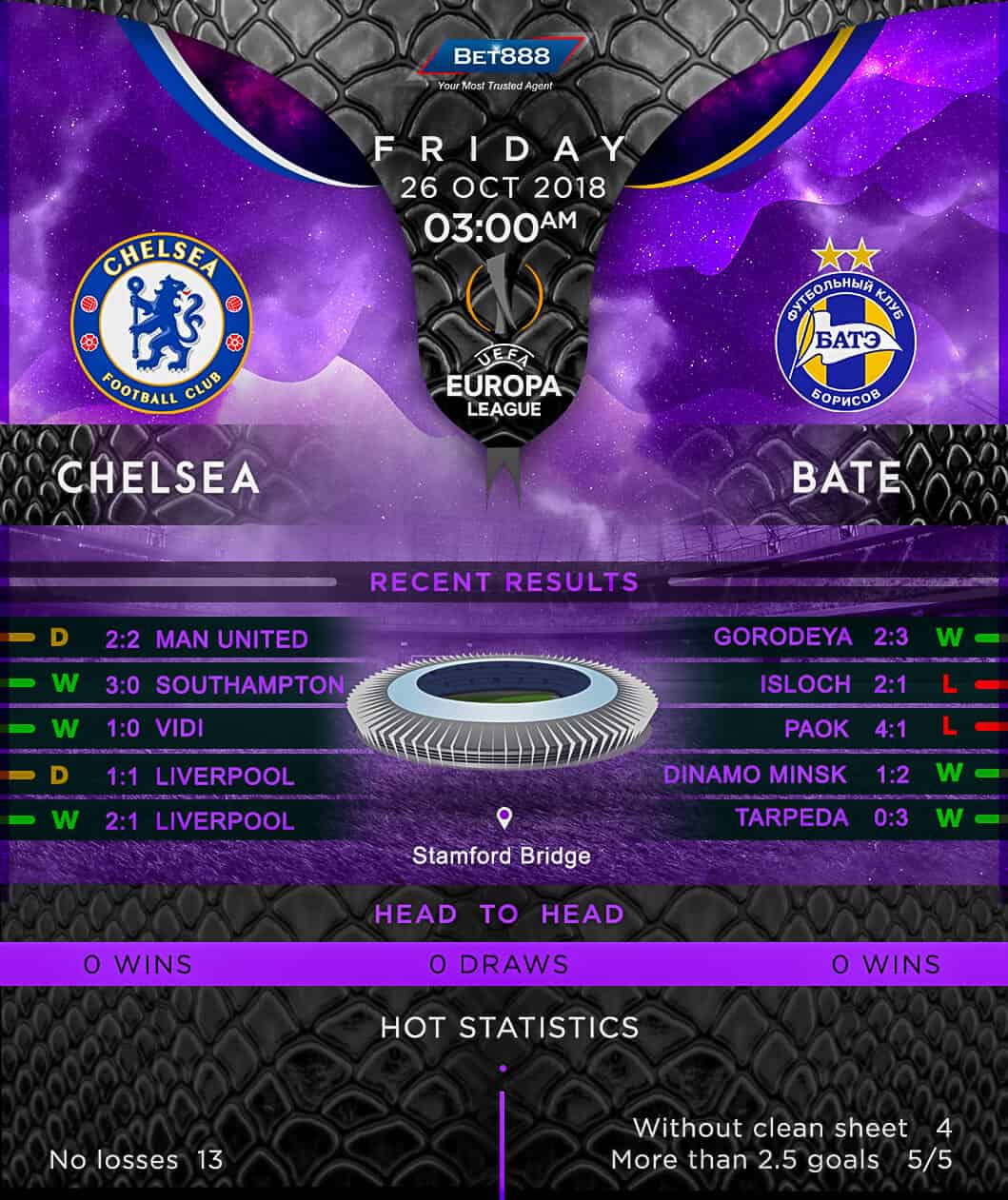