Stamford Bridge is the venue as Chelsea and Arsenal lock horns in a blockbuster all-London Premier League encounter.

Chelsea fought back from an early deficit to avenge a 1-0 defeat at Dinamo Zagreb with a 2-1 home win in midweek Champions League action to cement their progression into the knockout stages as Group E winners. But Graham Potter’s men flopped at Brighton last weekend, losing 4-1 to their manager’s former employers as their six-game unbeaten Premier League run ended abruptly (W4, D2). However, Stamford Bridge has been a fortress this season, with the ‘Pensioners’ going unbeaten in all eight competitive home matches (W5, D3), including a 1-1 draw with Manchester United last time out. Worryingly, though, the ‘Blues’ have lost three of their four most recent Premier League clashes against Arsenal (W1), more than they had in their previous 17 against the ‘Gunners’ (W9, D6, L2).

On the other hand, Arsenal eked out a 1-0 home win over Zurich in the closing Europa League group stage round in midweek to cement their place at the top of Group A. Things are looking equally impressive for the ‘Gunners’ in the Premier League as they’ve clocked up ten wins across the opening 12 league matchdays (D1, L1), seizing control of the summit ahead of this round. Delivering action from the get-go, Mikel Arteta’s men have netted a league-high 11 goals inside the opening 30 minutes of play this season. That’s significant, considering they’re also the only Premier League side yet to concede in that same timeframe. All that bodes well for Arsenal’s bid to extend their two-game winning league run away to Chelsea and make three in a row for the first time since 1974. 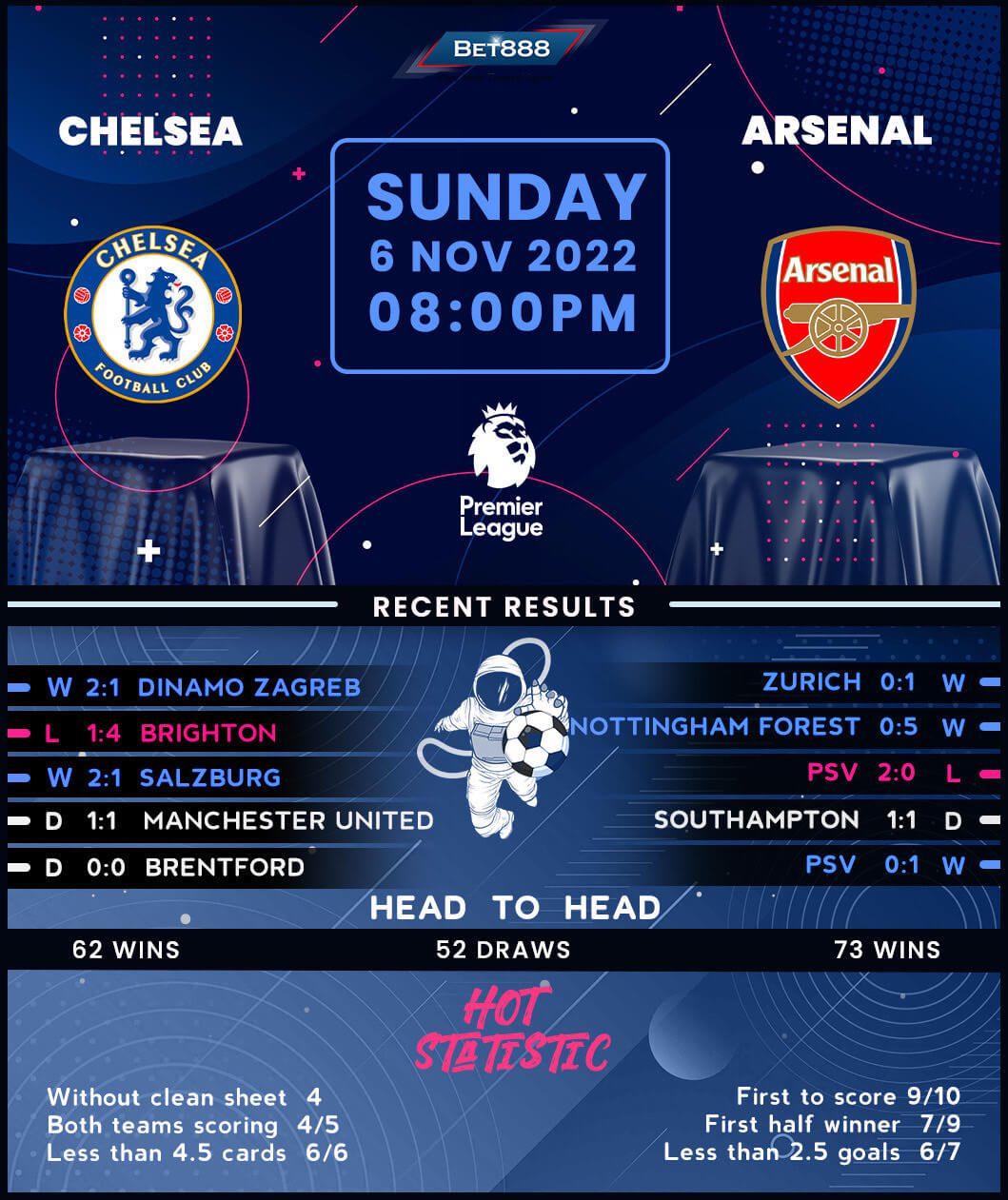