Real Madrid will travel to Vigo to face Celta at the Estadio de Balaidos following a stunning 5-0 triumph over Viktoria Plzen in the Champions League.

With a record of three wins, five draws, and three defeats, the Celtics currently reside in the 11th place. Antonio Mohamed’s players have secured just one victory in the previous eight La Liga matches, having suffered three losses while being held to four draws in the process. Apart from a narrow 1-0 failure against Deportivo Alaves, the Sky Blues have scored at least one goal in the remaining four home clashes, having managed to keep just one clean sheet in the process. A 55% of Celta’s encounters have produced a minimum of three goals, with the Celtics scoring an average of 1.82 goals per game.

On the other hand, a disastrous start of the season has cost Julen Lopetegui his job, with Santiago Solari taking the role of the manager until further notice. Los Blancos have clinched all three triumphs across all competitions under the new boss, having ended a frustrating 5-game winless run thanks to a 2-0 victory over Valladolid last weekend. Unlike last seasons, the reigning European champions have enormous problems in the final third, as they score an average of 1.45 goals per match. Additionally, Los Merengues have failed to find the back of the net three times this season, having scored a brace on four occasions only. Meanwhile, Thibaut Courtois has only kept a clean sheet in four out of eleven league encounters, as Real Madrid concede an average of 1.27 goals per game. 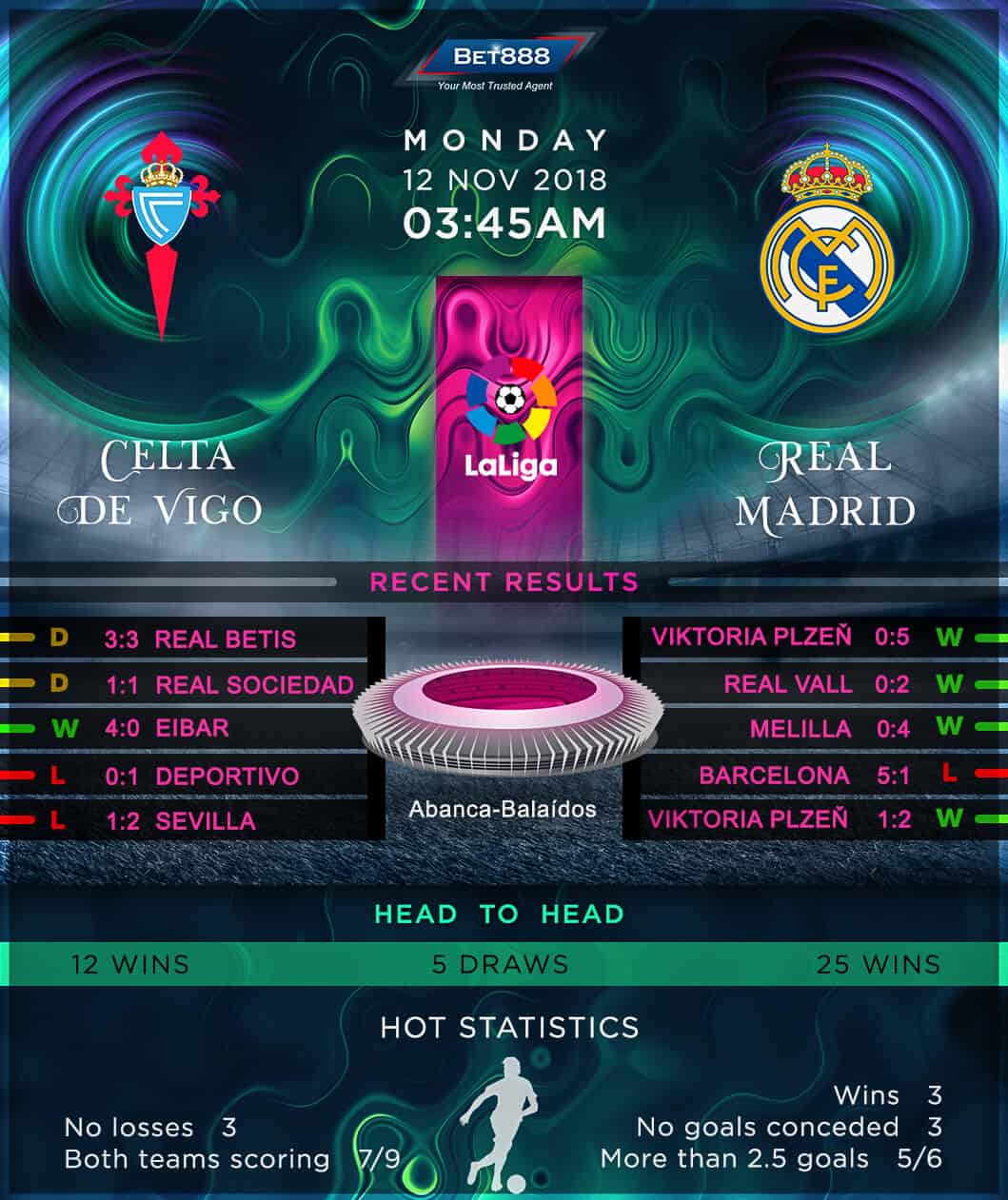