There is little margin for error after Real’s calamitous defeat in El Clasico against Barcelona. They will be looking for a win at Celta Vigo to set them right for the new year ahead.
Actually, Real have clinched a win in 2018. They did just that two days ago, stamping out a routine 3-0 win in Spanish Cup action. Gareth Bale was one of the scorers.

Celta Vigo also pulled off an impressive 1-1 draw against Barcelona in the Round of 16 tie. Second legs will be on in the following midweek.

For this trip to the Balaidos, Real Madrid will be missing Dani Carvajal, who is suspended for his deliberate handball on the line against Barcelona. Karim Benzema is also sidelined with an injury.

14 points they trail Barca, but they do have a game in hand following their World Club Cup exertions. It is still not all lost yet, but they simply have to pick up wins and hope Barca falter.

Real have a more than decent record in this part of Spain, having won nine of their last ten trips there. Cristiano Ronaldo likes playing against Vigo too, having scored 15 goals in his last 8 games against them. 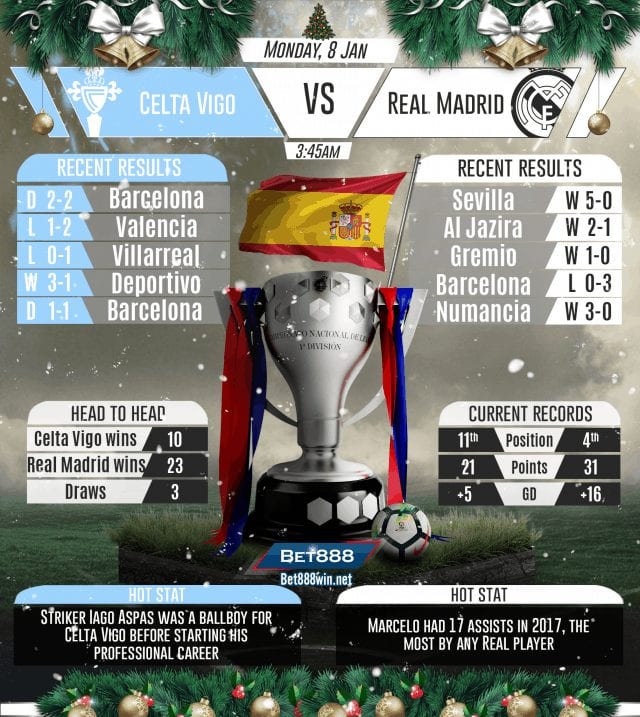