Celta Vigo are set to host Getafe at the Estadio de Balaídos amid a minor crisis that saw them struggling to get a victory in the previous three La Liga fixtures.

After a 1-1 draw with Espanyol on the opening matchday, the Sky Blues have clinched two consecutive victories, over Levante and Atletico Madrid, scoring four while conceding one goal in the process. However, a 3-2 loss to Girona on the road may have had a negative impact on the Celtics who then failed to beat arguably the weakest La Liga side Valladolid, playing out a 3-3 draw before recording another draw, this time with Valencia. Antonio Mohamed would like to see his players showing more composure at the back, as they’ve conceded nine goals in the league so far, managing to keep a clean sheet only once.

As for the visitors, they played out a 1-1 draw with Deportivo Alaves in midweek’s clash after suffering a 2-0 defeat to Atletico Madrid at home, which was their second season’s failure following a 2-0 loss to Real Madrid. Although the Azulones still concede less than one goal per match, their chief problem is an uninspiring attacking performance that saw them scoring just five goals in the opening six fixtures. Additionally, El Geta have never defeated Celta in Vigo, losing four out of last seven matches, while snatching three draws.

Robert Mazan and David Junca won’t be able to help their teammates after picking up injuries, while Sofiane Boufal’s appearance hangs in the balance. On the other hand, José Bordalal will have all of his players fit and ready for the encounter except for Ignasi Miquel who is yet to return to full fitness. 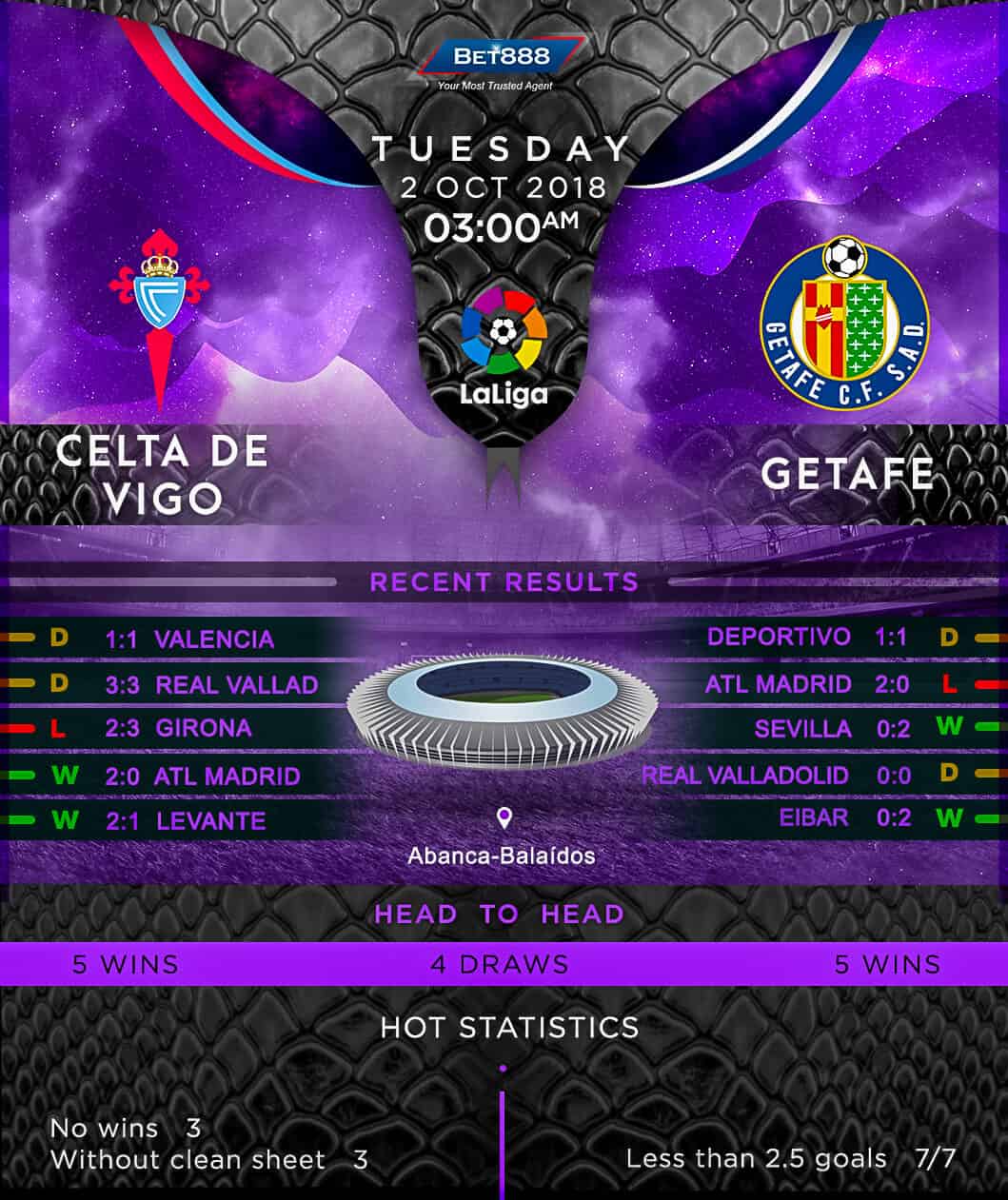