After experiencing a complete disaster during the preparation period, Celta Vigo will host Espanyol at the Estadio de Balaídos in the first fixture of the 2018-2019 La Liga campaign, hoping for a much better performance comparing to those they have provided during the summer. The Celtics have been involved in five friendly matches, losing two of them while drawing three times. Those two defeats came against Mainz and Southampton, while the Sky Blues failed to beat Cordoba, Braga, and Fulham, but the most critical thing was that they have only managed to keep a clean sheet against the Portuguese side. Espanyol, on the other hand, had a quite prolific off-season, as they have won all of their six warm-up games, including an encouraging 3-1 triumph over Borussia Monchengladbach in the latest summer friendly that took place last weekend. The Catalan side has also provided some magnificent displays in the final stage of the last season, achieving three straight wins, as they hope to maintain the impressive form in the opening phase of the new campaign.

Rubén Blanco, Maximiliano Gómez, and Facundo Roncaglia are all struggling with injuries along with David Junca and Mathias Jensen, who might also skip the encounter. As for the visitors, the appearance of Esteban Granero, Sergio Garcia, and Sergio Sanchez still hang in the balance. 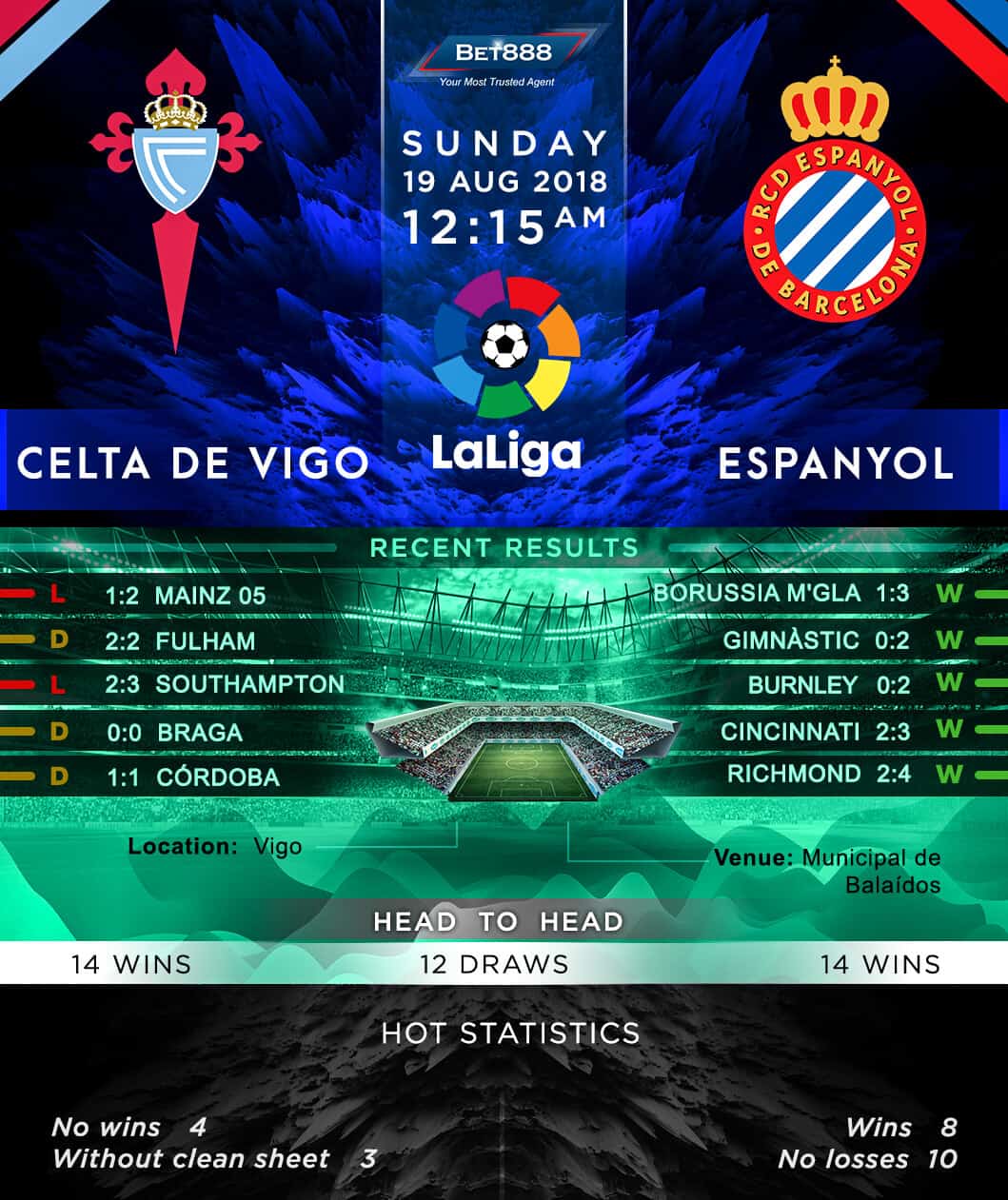