Ernst Abbe Sportfeld is the venue as Carl Zeiss Jena and Wolfsburg square off in the first round of the 2022/23 DFB Pokal.

A 1-0 defeat away to Furstenwalde on the final matchday of the 2021/22 Regionalliga Nordost season rounded off Carl Zeiss Jena’s heartbreaking domestic campaign. Jena finished runners-up to BFC Dynamo, with only six points separating them from earning promotion into the higher ranks. But they looked unfazed during their pre-season preparations, stringing together four unbeaten off-season matches (W2, D2) before succumbing to a 3-1 defeat to Hessen Kassel last time out. Despite winning three straight home league matches down the final stretch of the 2021/22 season, Andreas Patz’s side will enter this clash as hot outsiders. They may have avoided defeat in the three most recent competitive H2Hs at home (W1, D2), but their last such showdown dates back to 1996.

In the meantime, barring several low-profile summer signings, Wolfsburg have vastly struggled to reinforce the squad that finished 12th in the Bundesliga last season. Following a couple of underwhelming managerial stints at Bayern Munich and Monaco, newly-appointed head coach Niko Kovac will be looking to reinvigorate the fallen German giants. Kovac’s first task as the new chief of staff will be to improve Wolfsburg’s sticky patch on the road that had seen them go winless in five consecutive away matches (D2, L3) before a 1-0 downing of Cologne in the penultimate round of the 2021/22 Bundesliga season. A run of three overwhelming pre-season triumphs in the build-up to this trip should bolster the visitors’ confidence. 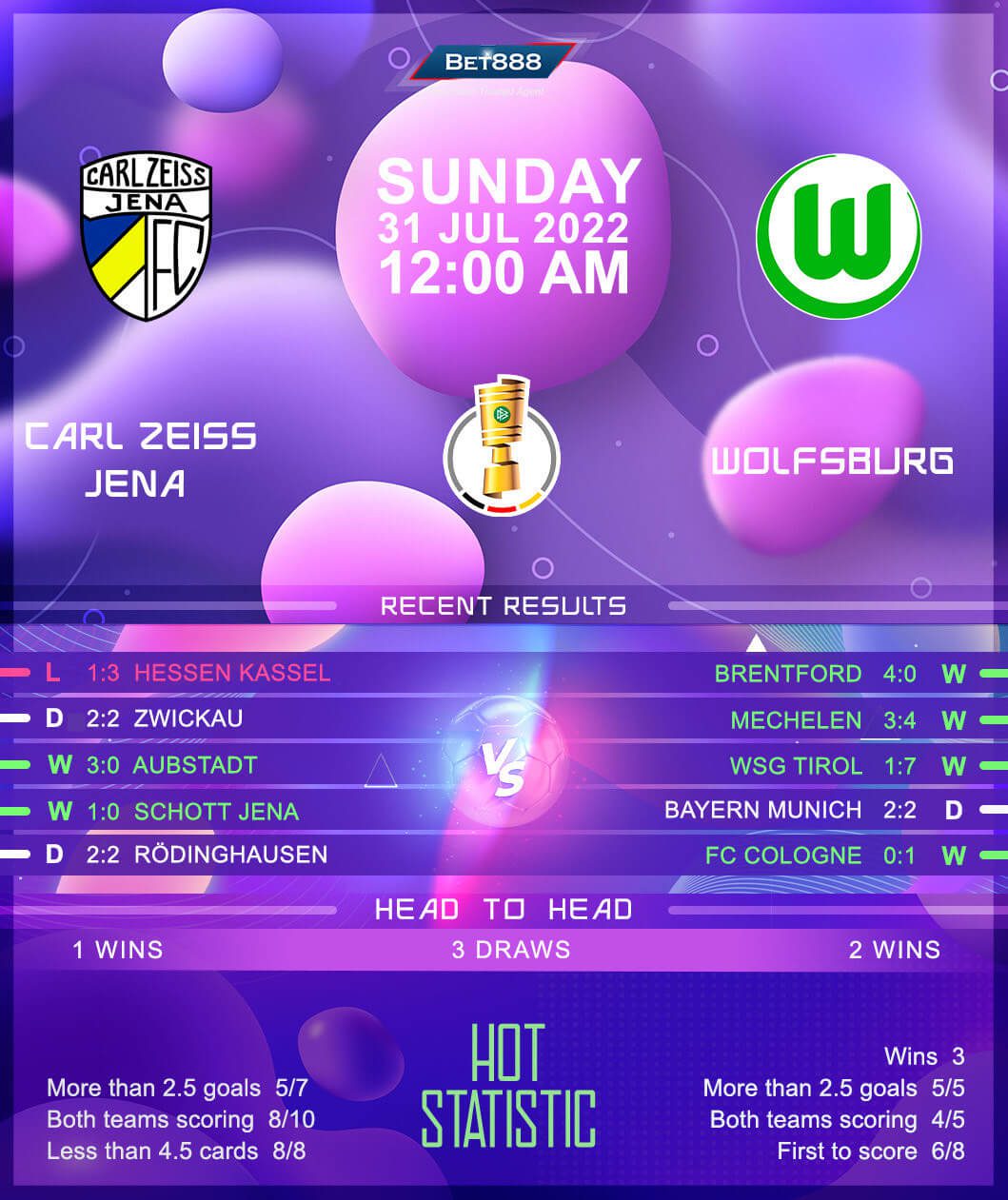